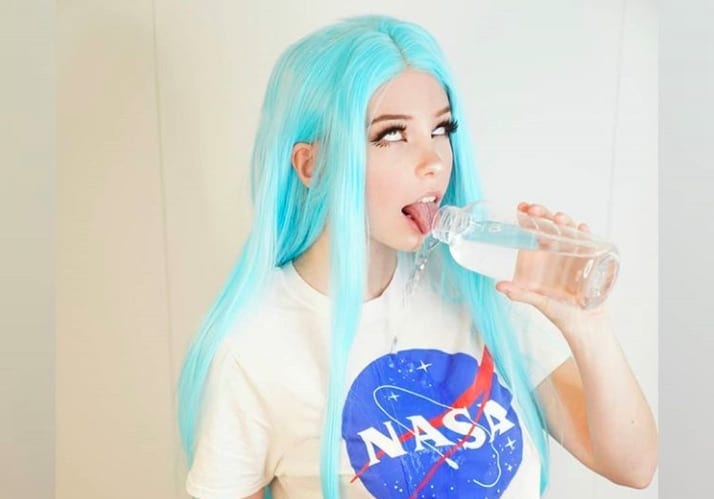 Mary-Belle Kirschner, better known by her online persona, Belle Delphine, is now selling her bathwater to her thirsty fans.

This isn’t the first time the kawaii cosplayer and social media influencer has taken to the internet to troll her millions of fans.

Belle, who currently has more than three million followers on Instagram, is now flogging her bathwater to the thirstiest of her fans.

The small bottles of dirty water are currently up for sale on Belle’s store, and people are genuinely parting with their hard-earned cash to own a bit of Belle’s…well…grime. In the advertising materials, Belle can be seen spitting into the water, and dipping her butt into it. Nice.

Each jar is sealed up with a lid featuring the image of an Xbox controller and the words, “Love, from Belle Delphine.”

Called the “Gamer Girl Bath Water,” each bottle is selling for an eye-watering $30.00 USD, which is making me wonder if I can start flogging my tears for a similar price.

The item description reads: “Bottled while I’m playing in the bath ^-^  This really is bath water.. disclaimer: This water is not for drinking and should only be used for sentimental purposes.”

The controversial business move has divided Belle’s fans and haters, as people can’t seem to decide whether this is a genius way to make money and troll her hardcore fans, or if she’s cashing in on her highly sexualised image.

Remember when the inmates in Netflix’s Orange is the New Black started flogging their used undies? Yeah, it’s basically the same, except Belle Delphine probably doesn’t need the cash at this point.

Over on Twitter the news has seemingly amused and disgusted the internet in equal measure, and people can’t stop talking about Belle’s bathwater.