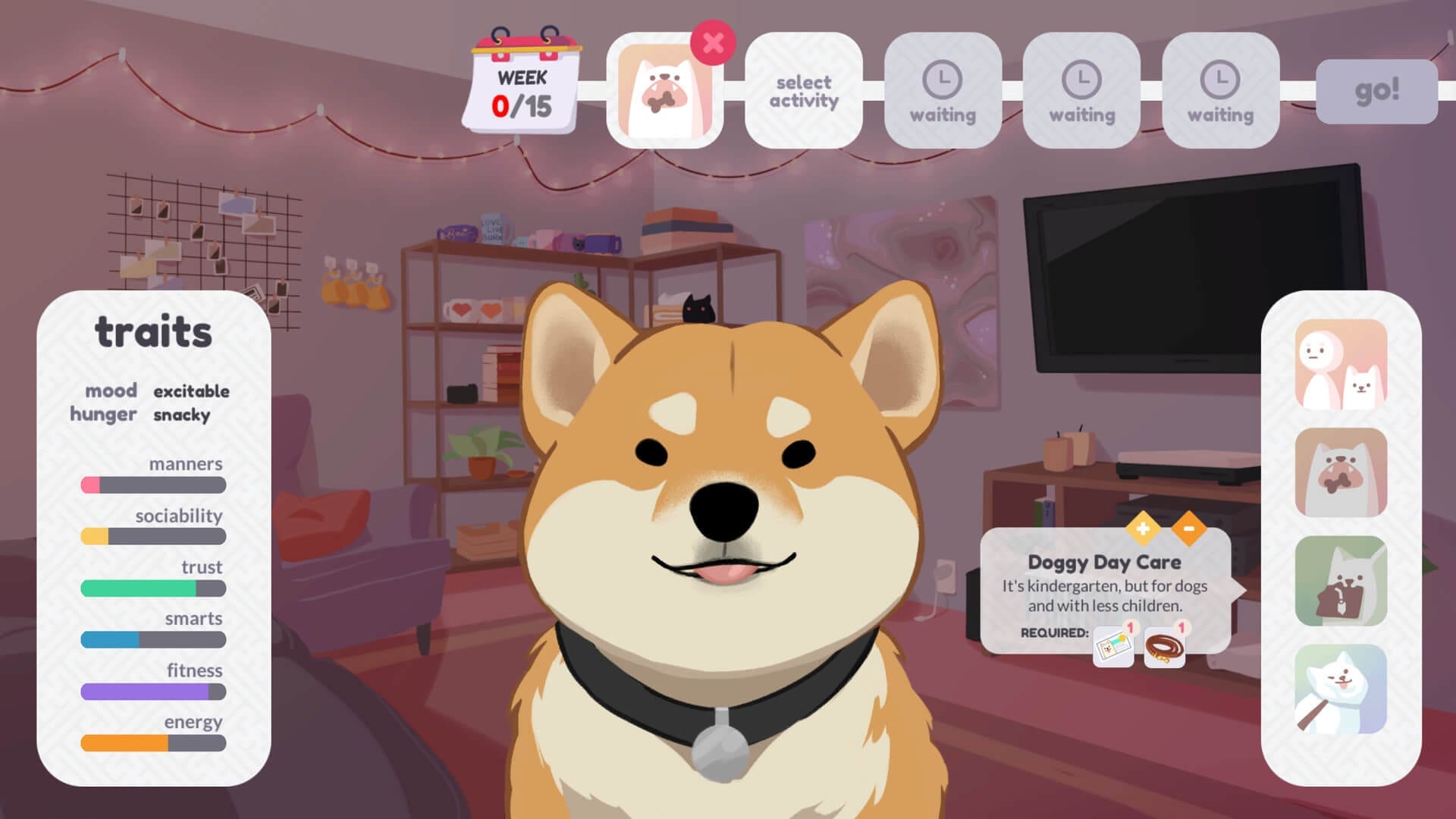 If you love dogs as much as I do (and I really, really do) then you’ll be just as excited as I am to get your paws on Best Friend Forever, an upcoming game that combines the glory of a dating simulator with the glory of puppers.

I got to go hands-on with a demo of Best Friend Forever during Gamescom 2019, and I have to say that it’s not only cute AF, but also pretty witty, funny and surprisingly a little NSFW too.

The game sees you create a character, picking your gender and pronoun, before answering 10 personality questions that were definitely a little tongue-in-cheek.

Your character then moves into Rainbow Bay, and that’s where the fun begins.

“Train, pat and play with your very own dog to form a bond that will last the ages. With your four-legged companion by your side, meet, woo and cherish the many cuties of Rainbow Bay’s thriving singles scene.”

And that’s pretty much the game in a nutshell. In the demo I played, my Shiba Inu Cheeseball was pooping, growling and barking away while I tried to chat up some of Rainbow Bay’s inhabitants. It was silly, fun, and actually somewhat realistic, because dogs take a lot of work y’know!

Excitingly, the game has just been announced as dropping on the Nintendo Switch too, which makes me infinitely happy. Check out the announcement trailer below.

In the true spirit of the season, Best Friend Forever is expected to launch on Steam and Nintendo Switch, February 14 2020.

Check out Best Friend Forever over on Steam right here!