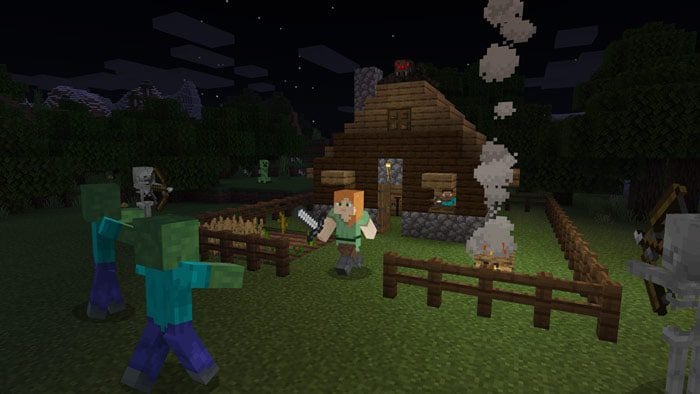 Although many of us would likely love to upgrade our low spec gaming PC’s right now, we sadly don’t have much of a choice.

With the superconductor shortage and cryptomining phenomenon skyrocketing PC hardware prices, many of us are stuck with aging PC hardware. As new games become difficult to run, there’s never been a better time to look out for a collection of games that can run on just about any gaming hardware.

Here’s a selection of titles that should be able to run on your computer, no matter if it’s low-spec.

Before you say anything – no, I’m not talking about the awful remastered version of GTA: San Andreas that just released. Rockstar completely fumbled the ball with those remasters, turning the visuals of the classic title into the stuff of nightmares. In a bid to cement these new versions as the “definitive editions”, Rockstar initially removed the classic titles from storefronts. However, after intense backlash from its customers, the publisher has since reinstated their availability and is even giving them away for free with the remastered collection.

If you’re looking for a GTA game to play on limited hardware, you can’t go wrong with the original version of San Andreas. If you view the game through a nostalgic lens, the slightly dated visuals can look charming. Gameplay might take a bit of getting used to if you’re coming from GTA V, but it’s far from unplayable.

The minimum system requirements for GTA: San Andreas are as follows:

Basiclaly, if you’ve got a PC that was built anytime in the last ten years, it’ll probably have a decent shot at running GTA: San Andreas.

You might not expect this of a game that can look stunning at times, but Minecraft is surprisingly scalable for low-spec PCs. Of course, if you want to max out your draw distance and enable features like fancy shadows then you’re going to want a beefier PC rig. However, if you’re happy to tone down the visuals a tad, the basic version of Minecraft can easily run on just about any modern machine.

To make matters easier, Minecraft has also recently made its way to Xbox Game Pass. The Windows 10 version of the game is available there which will no doubt run with the best performance. However, if you’re running a really old system that doesn’t even have Windows 10 installed yet, the Java edition is also included.

Here are the minimum system requirements for Minecraft:

Your worlds might start to chug in framerate as you build bigger and better creations. However, sticking to your classic survival mode without any mods installed should keep Minecraft ticking along nicely, no matter how powerful your PC. Here’s where you can play Minecraft in 2021.

Despite recently seeing yet another re-release, Skyrim is surprisingly easy to run on pretty much any system these days. That’s partly down to how old it is – the Anniversary Edition just marked the title’s tenth birthday. Despite its age, the game’s visuals still hold up remarkably thanks to its awesome art style. Mods and ENBs can work wonders to make the game look even more incredible, but that’s not what we’re looking for here. If you boot up Skyrim with the vanilla settings, it still runs remarkably well on the majority of systems.

Here are the minimum system requirements for Skyrim:

Even on slightly aging PC hardware, it should be possible to achieve something akin to the experience on Xbox 360 and PS3. Afterall, if hardware from 2005 can handle Bethesda’s RPG epic, surely a laptop from 2013 can manage something similar?

Another older title to add to the list, but this one has been enhanced a little further to keep it looking modern. Age of Empires II originally released in 1999 and is lauded to be one of the best strategy games of all time. It features a timeless art style that we’re still not tired of looking at today.

Age of Empires II saw a re-release in 2019 in the form of the Definitive Edition. Modernising the graphics a little and bringing with it some neat quality of life changes, it’s the definitive way to play Age of Empires. Despite its visual makeover, Age of Empires II remains remarkably easy to run – as long as you have Windows 10. Here are the minimum system requirements:

Our very own Website Editor Olly Smith is a particularly big fan of this title, regularly putting in a few games on his lunch break. He’s able to run the game just fine on his laptop, so we’ve seen first hand how Age of Empires 2 can run on aging hardware!

The Binding of Isaac

Last up is a game that is especially suited to those of you playing on a laptop. The Binding of Isaac is a top-down roguelike dungeon crawler that sees protagonist Isaac delve deep into his abusive mother’s basement. It’s an incredibly dark tale, but one that has some impeccably fun gameplay to boot.

What’s great about The Binding of Isaac is that it’s super easy to run thanks to its simplistic visual style. In addition, it’s completely controlled via the keyboard, so there’s no need to fumble with a mouse or trackpad while playing on a laptop.

There are a few different versions of The Binding of Isaac, but they all run just about as well as each other. If you’re looking for a harder challenge, consider springing for one of the newer releases. Personally, I’m a big fan of what the original game has to offer, and it goes for super cheap these days too!

Here are the minimum system requirements for The Binding of Isaac: