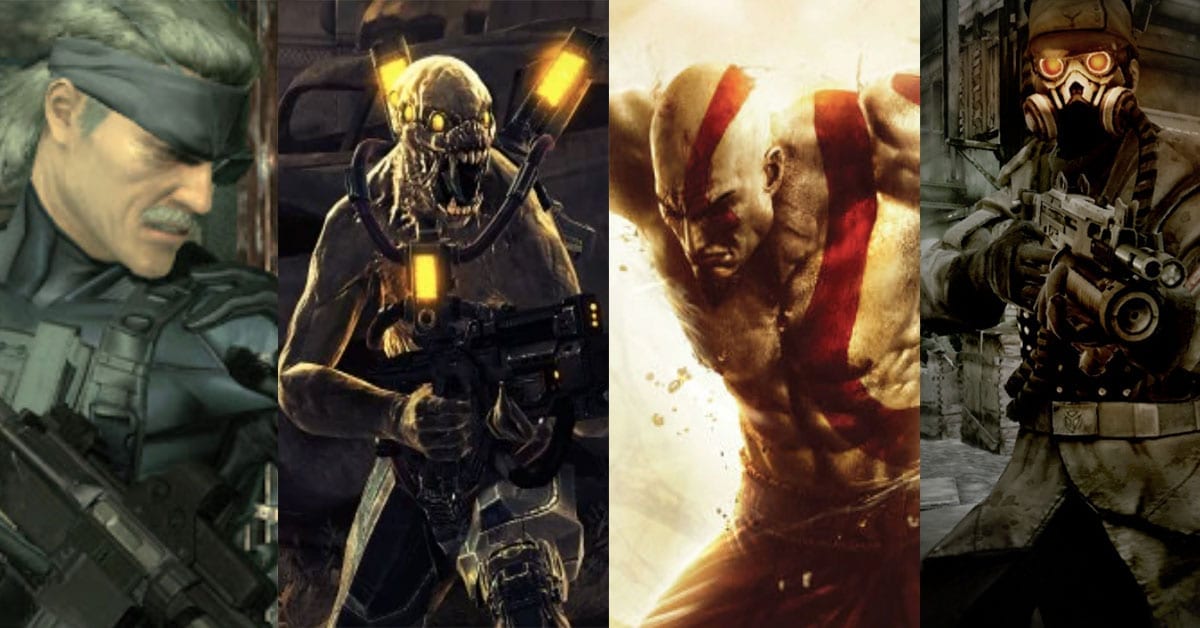 We can often feel over-saturated with remakes and remasters in the modern video game world. However, there are just some games that we love to revisit, even years after their release. While playing a game you love in its original form can be great, playing an improved version of a game you love can be even better. With that in mind, I’ve put together a list of PS3 games that I would love to see get a remake or remaster for this generation. Some games will tread on old ground, but in the case of a game already being remastered, a remake will take its place and vice versa.

That all said, here are the PS3 games that I would love to see get a remake or a remaster.

As a big Metal Gear Solid fan, MGS4: Guns of the Patriots was perhaps the first video game to break me emotionally. Playing from the 1998 PS1 classic (not including the two NES games), we’ve been on a rollercoaster journey with Solid Snake and Big Boss.

Metal Gear Solid 4 was a master in storytelling, offering damn near perfect stealth gameplay and, when the time called for it, the high-octane action was more than enough to get your adrenaline pumping!

There have been rumours that MGS4 might be getting a remaster for some time, though I don’t know if that will ever happen. However, whether it’s a remaster or a remake, I’d love to play a more updated version of this classic PS3 exclusive.

The first Killzone, released for the PS2 back in 2004, was widely dubbed as the “Halo Killer”. That tag would be wide off the mark, as it never really came close to competing with the huge Halo series. In truth, the first Killzone game wasn’t that great but it still received a remaster of sorts for the PS3 in 2012. However, that was the one and only Killzone title to receive such treatment.

Killzone 2 and Killzone 3 released in 2009 and 2011 respectively, and the series had improved greatly since its very first outing. I’d even go out on a limb and say that, in terms of storytelling and gameplay, they were both among my favourite first-person shooters of their time. In short, they’re more than deserving of another outing.

We did get Killzone (4): Shadow Fall as a launch title for the PS4 in 2013, but at least to me, it never felt much like a Killzone game. I wouldn’t expect full-on remakes, but if Sony and Guerrilla Games could work together to release the first three games as a remastered collection, that would be awesome.

To be honest, while I don’t consider any of the Resistance games to be great, they still had something special about them. The three games that released on PS3 were developed by Marvel’s Spider-Man and Miles Morales studio, Insomniac Games.

Set in an alternative history stemming from the 1950s, each of the three games in this series improved with each release. If you’ve not played the Resistance games before, they’re kinda like Call of Duty with aliens.

My favourite game in the Resistance series was with the third and final release for the PS3 in 2011. I think the first game, Resistance: Fall of Man, would certainly benefit the most from a remake, but I’d still take a remastered trilogy collection any day of the week, and perhaps twice on a Sunday.

Technically, yes, Ico first released for the PS2 in 2001/02 but it did come to PS3 and so I’m only partially cheating by adding it to the list. The game quickly became one of the best of its generation, and saw a PS3 HD remaster in 2011, as part of a collection bundled in with another great, Shadow of the Colossus. However this was during a time when remasters were quite basic and for the most part, even though they looked better, they were pretty much just a resolution upgrade.

In 2018, Shadow of the Colossus went on to receive a major remake built from the ground up. The remake was developed by Bluepoint Games who most recently brought us the Demon’s Souls remake on PS5.

Seeing as Ico is a good 20 years old now, and Shadow of the Colossus has had some special treatment, I think it’s only fair that this unsung hero got its own remake for PS5. Don’t you agree?

God of War: Ascension is something of the forgotten child of the series, acting as a prequel to the main series. The combat was fun, and largely remained the same as the original God of War trilogy, making it a worthy addition to the series. It also looked visually stunning too, and was one of the PS3’s best-looking games. God of War: Ascension did also feature a rather forgettable multiplayer mode, though the less said about that the better.

There are probably a fair few fans that might not have played Ascension, and seeing as God of War 3 received a PS4 remaster in 2015, I think it’s about time God of War: Ascension had one too!

Simply put, Journey is a magical game. Players are thrown into a desert and they must make their way toward a mountain seen in the distance. When I first played Journey I had no idea that it was a multiplayer game, right up until I came towards the end of my journey and I encountered another player, and we finished the story together.

You can’t speak directly to other players you meet, you can only communicate with one another by musical chimes.  Only once the story is concluded will you see each other’s PSN names.

Journey is a difficult game to sell and it can be unfairly labelled as a “walking simulator”. In reality, Journey’s quiet tale, beautiful sound design, music, and stunning visuals make it a true masterpiece.

Journey may have already been re-released on PS4, but it’s a game that I’d love to experience once again with all the bells and whistles of a new-gen remaster one day.

What PlayStation 3 games would you love to see receive a remaster or remake?  Let us know across our social media channels.