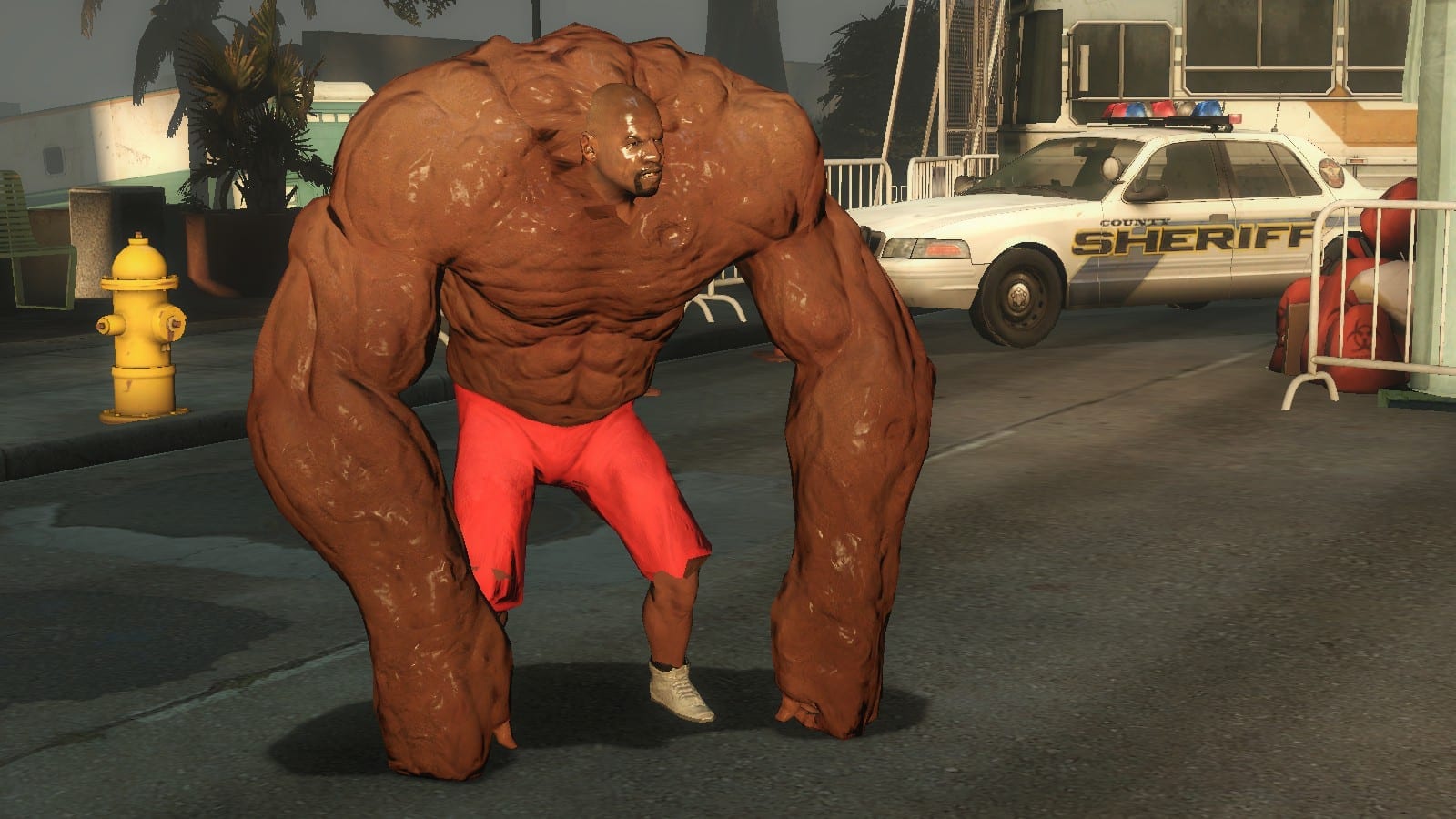 One of the best parts of PC gaming is how easy it is to access mods for your games. Be it through Steam Workshop or just downloading them from the web, it is so easy to completely change your gaming experience. Big shout out to those modding communities here as the creativity and skill put into some of these creations is absolutely incredible. In a lot of cases, mods can improve gameplay, graphics, or just the experience within a lot of games.

That being said, there are a lot of mods that have been made that just make you ask, “What were these people thinking when they dreamt this up?” Whether they are horrifying, memorable or just outright ridiculous some people just think something up and then make it, and I for one am so glad that they do. Here are some weird and hilarious mods you won’t want to miss.

Now it’s safe to say that Left 4 Dead 2 is one of the most beloved games among PC gamers, but it’s getting on now and there are only so many times you can replay the standard campaign as it was intended. If it’s getting stale for you, here are a couple of mods to reignite that L4D fire in your belly.

For anyone that hasn’t played the classic zombie title, “Tanks” are the biggest and toughest zombies that you come up against on each level. These guys are basically just here to ruin your day and they are very tough to dispatch, so why not add something to make them a little less intimidating?

When something comes crashing through the room what would you prefer it be? A giant zombie monster or Terry Crews? This mod by “Rex The Impaler” turns the most terrifying zombies from the game into beloved actor Terry Crews. It can be downloaded from the Steam Workshop.

The special zombies shouldn’t get all of the love though, the regular hordes also sometimes need a bit of a shake-up. Now there are quite a few options if you want to mess around with these guys, but for me, if you need different zombies then why not Zoidberg from Futurama?

This mod by “big riz” is one of those where it’s hard to decide if it’s brilliant, or if it should be buried away for
nobody to see. However, once you’ve taken down a horde of angry lobster aliens you’ll know which side you take on the matter. If you do wish to find out what hordes of Zoidbergs would be like, the mod can be downloaded from the Steam Workshop.

The modding community has been having its way with Skyrim for years at this point, and you can now pretty much change the game to whatever you want it to be. Still though, I have seen a couple of standout mods for this one that I really enjoy using. One of my top picks is a really well-thought-out and well-built addition to the game to give you a completely different experience, and the other appeals to the 8-year-old in all of us that just enjoys toilet humour.

Created by “clintmich” and found on Nexusmods, Super Skyrim Bros lets you collide two of the most famous in-game worlds by changing up the Old Kingdom and adding some more Mushroom to the mix. This is an extremely complex addition to a game that puts in Mario-themed weapons, clothing items, enemies, and everything in between. It’s something that will give you a completely new experience if you feel the need to launch and play through Skyrim for the one billionth time.

Now if you are fancying another go around Tamriel with a bit more spice, but still the same gameplay and general experience then there are other options. If, like myself, you have an incredibly childish sense of humour then the Immersive Indigestion mod by “AlpineYJ” may just fit the bill. NPCs can be a bit dull so having them burb and fart during your interactions really does make for some more fun interactions during your playthrough.

Now Grand Theft Auto Online has become absolute mayhem with all of the updates, crazy guns and wild vehicles that have been added in the time since it has been released. Thankfully, if you want a bit more chaos for when you’re are roaming about Los Santos on your own in the main campaign of GTA 5, there’s a bunch of mods to enjoy.

If the realism doesn’t quite cut it when playing standard Grand Theft Auto 5, then why not dust off the old VR headset and drop yourself into some robberies and carjackings for real with the R.E.A.L mod by “LukeRoss00”. Now this one does require a bit more set up and playing around with the in-game settings in order to get it to work properly, but why not immerse yourself even more into one of the most fun and crazy virtual worlds going? GTA 5 never looked this good!

Now if simply walking around the city as plain old characters like Michael or Franklin is getting old then there is another fun option, and I’m not just talking about Trevor. Why not suit up as Iron Man and take to the skies where you can cause more havoc than ever before with powerful blasters at the palm of your hands? And if regular old Iron Man isn’t quite enough, then the mod allows you to take it up a notch with the “Hulk buster” armour also built into it. Los Santos really does become your playground with this mod by “JulioNib”. If you want to download and try this one out, it can be found here.

Another beloved title with lots of support and connectivity from the Steam Workshop is the second instalment in the Portal franchise. A lot of the biggest additions from the community include extra levels and stories to progress through, giving players more to enjoy. Some of these are extremely challenging, and I have very vivid nightmares of my time trying to make my way through some of the crueller community-built stages. You can find a bunch of the best Portal 2 community maps right here to get you started!

So, what else is there for Portal 2 that could make it even more entertaining for us out there who still love going through and replaying this game? If you’re able to gather more than one other friend to play this game with, then there is now the “Portal 2 Multiplayer Mod” by Kyleraykbs, which lets 32 people try and navigate the built-in co-op stages. I know I don’t know 31 other people to invite to a game, but someone out there surely does, and I bet I would be absolute carnage watching them try to work out which of the 64 portals they need to go through.

The different modding communities out there really do add lots of variety and longevity to the games mentioned here and many more. The people that make these mods, mostly on their own or at best in small teams, are one of the
reasons which PC gaming is so beloved by users. Let’s just hope that these guys continue to do what they do and keep being so creative with our favourite games.