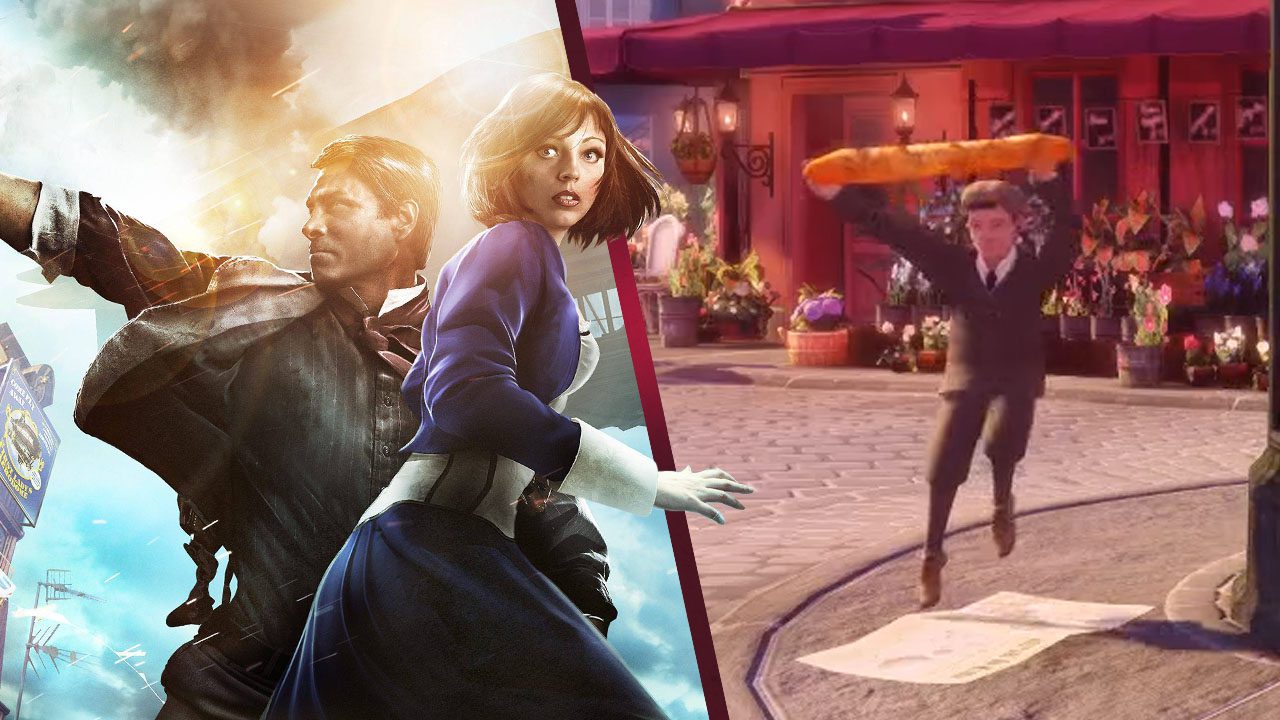 A recent moment from BioShock Infinite featuring a boy dancing with a baguette has gone viral, and the explanation reminds us that making games is hard.

So you’re playing through the BioShock Infinite DLC. You’re walking around the streets of Paris, when all of a sudden: little French boy dancing around holding a baguette up high. We know, little French boy: baguette’s are delicious! But infinitely running around a cylinder holding one up forever? That’s certainly a choice.

Twitter user Pocklecool pointed out the strangeness of this scene, resulting in a viral tweet. But then, surprisingly, Gwen Frey, the developer who worked on that particular moment, actually responded to the tweet. And they explained how the little French bread boy came to be.

Frey was populating the streets of Paris with NPCs called ‘chumps’, which are skeletal meshes of humans with no AI. And they couldn’t really afford proper AI pathfinding, so most of the NPCs were chumps. So in turn, Frey recycled animations from the base game. Frey felt the scene was too static, so took the dancing scene from Infinite, and tried to apply it to two Parisian children, because two adults dancing seemed weird.

However, there were problems because the children were smaller, and it was causing some clipping. And both of the kids were holding their hands up in the air, so Frey got rid of one of the kids. This just left one kid dancing around with his hands in the air. And so Frey “attached a baguette to his hands. Bam! Boy dances with baguette! Ship it!”

What at first just appeared to be a strange moment of a boy dancing with bread turned out to be an example of how game development is hard. So next time you see something in a game that doesn’t quite make sense, think of this story.