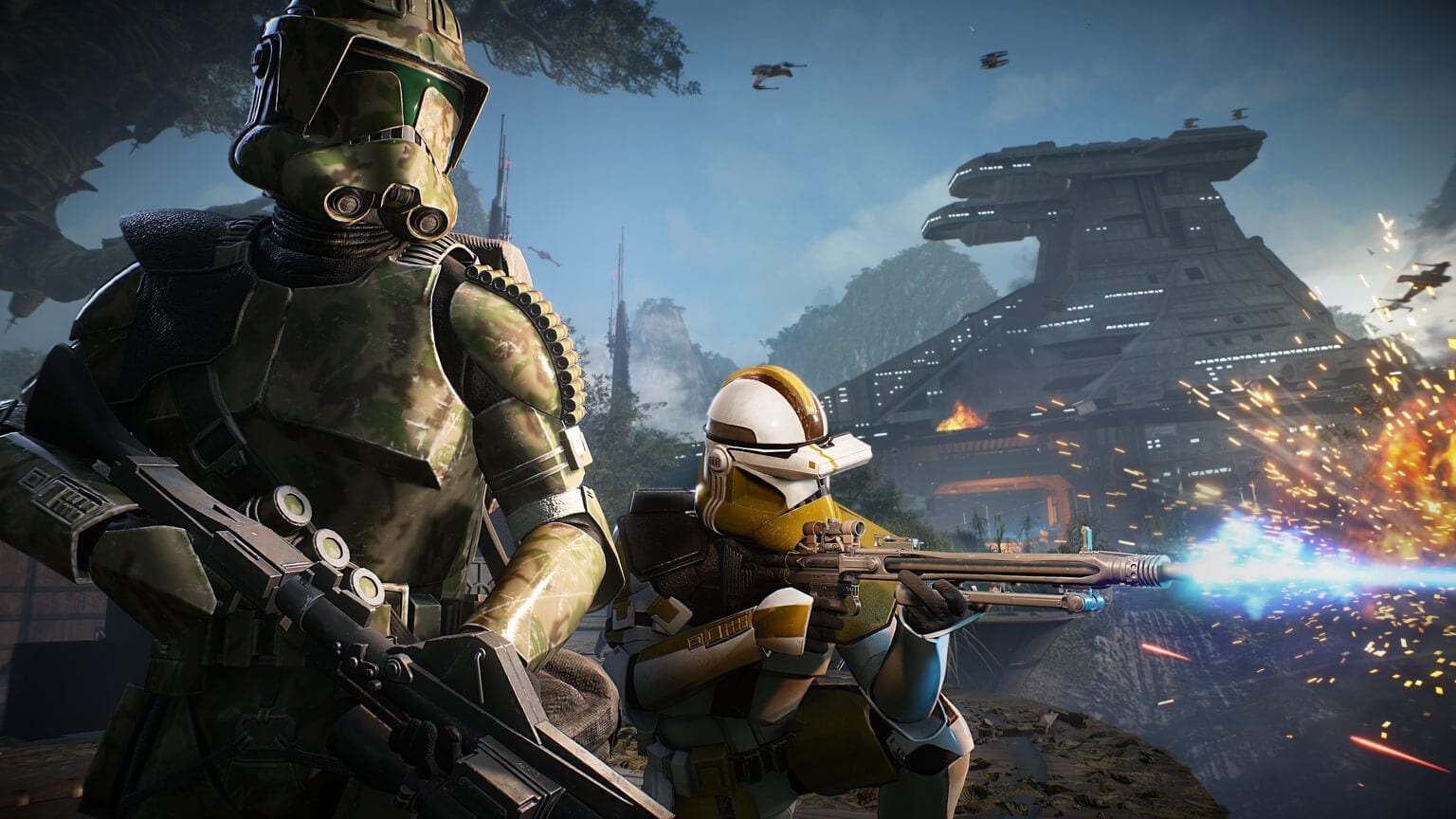 BioWare has had its hands full working on its upcoming game, Anthem, but rumour has it that the company had its sights set on a very different IP…

According to a tweet from industry insider, Jason Schreier, BioWare made multiple (yes, multiple!) attempts to revive its classic Star Wars RPG, Knights of the Old Republic, but to no avail.

Responding to a tweet, Schreier said: “[BioWare]’ve tried to make [KotOR] happen, more than once from what I’ve heard. No luck.”

They’ve tried to make it happen, more than once from what I’ve heard. No luck

The internet is now assuming that BioWare has pitched a new game in the series to EA, only to have the idea shot down. RIP.

EA isn’t winning any favour with fans at the minute, with people crying out for its Star Wars license to be revoked in light of the company cancelling its much-anticipated narrative-driven title.

Gary Whitta, writer of Disney’s Rogue One: A Star Wars Story, has spoken out against EA and the way it handled its rights to the series.

Speaking to The Sixth Axis, Whitta said: “After it was cancelled I saw some stuff, I saw what they had up that point, it was far from finished but it looked amazing, it would have been Star Wars Uncharted which I’m very excited about.”

Whitta went on to add: “My understanding is what they [EA] were saying all the way through is that we don’t want to make Star Wars Uncharted. Well, maybe don’t hire the narrative director of the Uncharted games to make it for you, and figure out what it is you actually want?

“If I was an EA shareholder, I’d be f**king furious,” he added. “It has been catastrophically mismanaged.”

People are now asking Disney to strip EA of its rights to publish Star Wars games.

@DisneyLucasfilm please revoke @EA license and give the Star Wars license a joint partnership to both @Naughty_Dog and @CDPROJEKTRED for immersive singleplayer experiences please. ? #SoloPlayersMatter