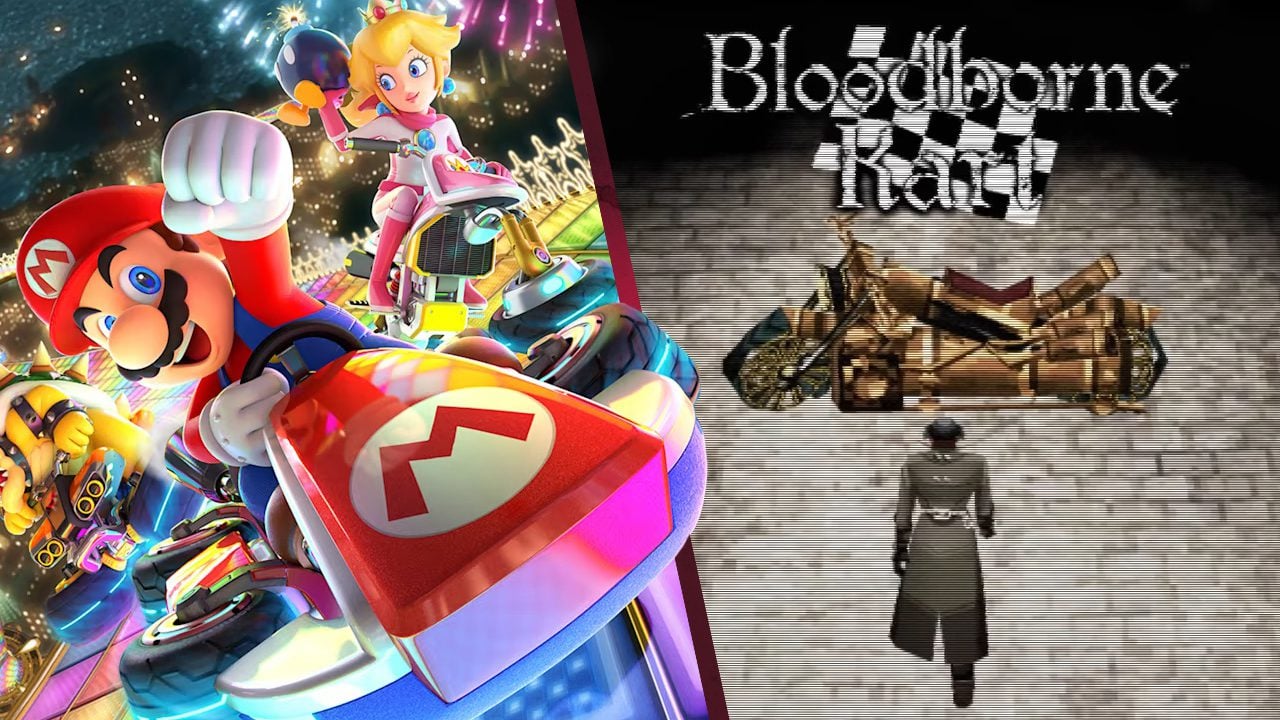 Bloodborne Kart is coming, and yes, it’s real. The kart racer set in the world of Yharnam is from the creator of the Bloodborne demake.

Those that have been following the progress of the sublime fan demake of Bloodborne will be familiar with the talents of Lilith Walther. The Bloodborne demake offered a wonderful “What If?” scenario of Bloodborne releasing in the 1990s for the original PlayStation.

The Bloodborne demake in question even went a step further. Lilith not only recreated moments and locations from Yharnam but a few new surprises were also thrown into the mix.

We want to see Father Gascoigne in a kart!

However, I don’t think anything can quite surprise us like a Bloodborne kart racer. Lilith announced Bloodborne Kart on Twitter. “It’s happening, Bloodborne Kart is real and will be coming out as soon as it’s ready!” tweeted the talented indie developer.

To prove that Bloodborne Kart is real, Lilith also tweeted snippets of gameplay teasing us with some epic action, as well as its title music.

One Twitter follower replied by stating that a trick was missed by not announcing the news on April Fool’s day. However, as Lilith pointed out, the announcement probably wouldn’t have been believed.

Lilith hasn’t provided a release date at this time. However, as confirmed above, it will be ready, when it’s ready. We hope to see Father Gascoigne racing around in Yharnam!

Are you looking forward to playing Bloodborne Kart? Let us know across our social media channels.