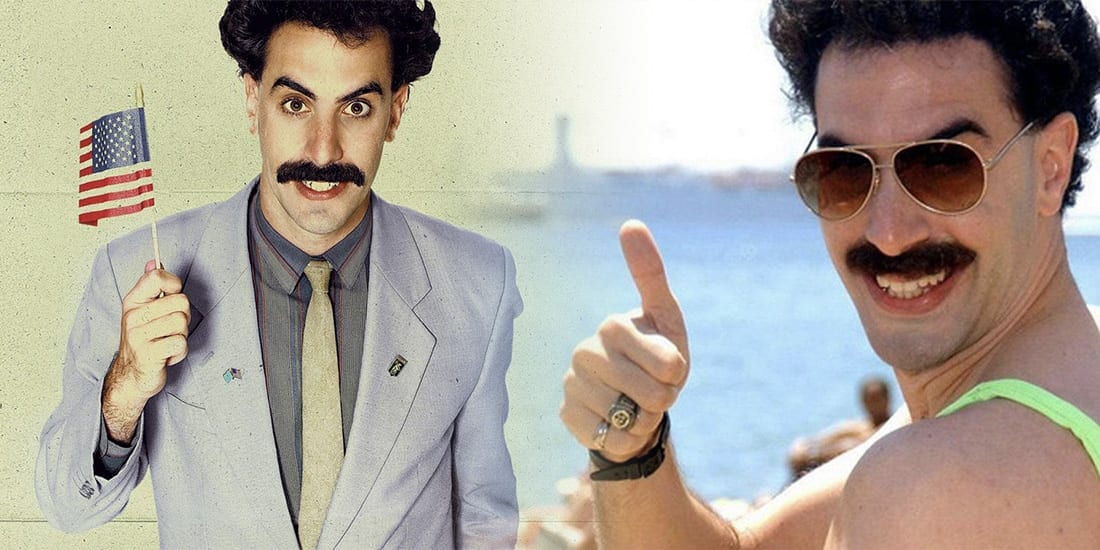 A sequel to 2006 comedy ‘Borat! Cultural Learnings of America for Make Benefit Glorious Nation of Kazakhstan,’ better known as simply ‘Borat,’ has been announced.

The flick, which once again features actor Sacha Baron Cohen, hasn’t just been revealed though – it’s claimed the movie already been filmed and screened in front of its first audience. Sounds just like Sacha Baron Cohen if you ask me…

The news comes from Collider, where it’s reported that Borat 2 will see Sacha reprise the role of the Kazakh journalist we all know and love (or hate, to be fair).

According to the publication, the sequel will see Borat attempt to hide his identity while he interviews people who are none the wiser.

It’s not clear if anyone else from the original movie will be returning for the flick, and that goes for both actors and behind-the-scenes talent.

Borat was one of the most controversial films of its time, and it’ll be…interesting to see how the character will fly in the more politically correct time of 2020.

The movie doesn’t yet have a release date, but the fact it’s already been screened to an audience is sounding promising. Whether or not we’ll be seeing it in 2020 remains to be seen, but let’s remain hopeful.

In case you missed the original, the movie’s plot description is described as follows: “Kazakh TV talking head Borat is dispatched to the United States to report on the greatest country in the world. With a documentary crew in tow, Borat becomes more interested in locating and marrying Pamela Anderson.”

Full of raunchy and inappropriate humour, it’ll be interesting to see how Sacha Baron Cohen has developed the character of Borat since his last outing into the world.

Of all the things we’ve seen in 2020, a Borat sequel announcement might be the most surprising to be honest…