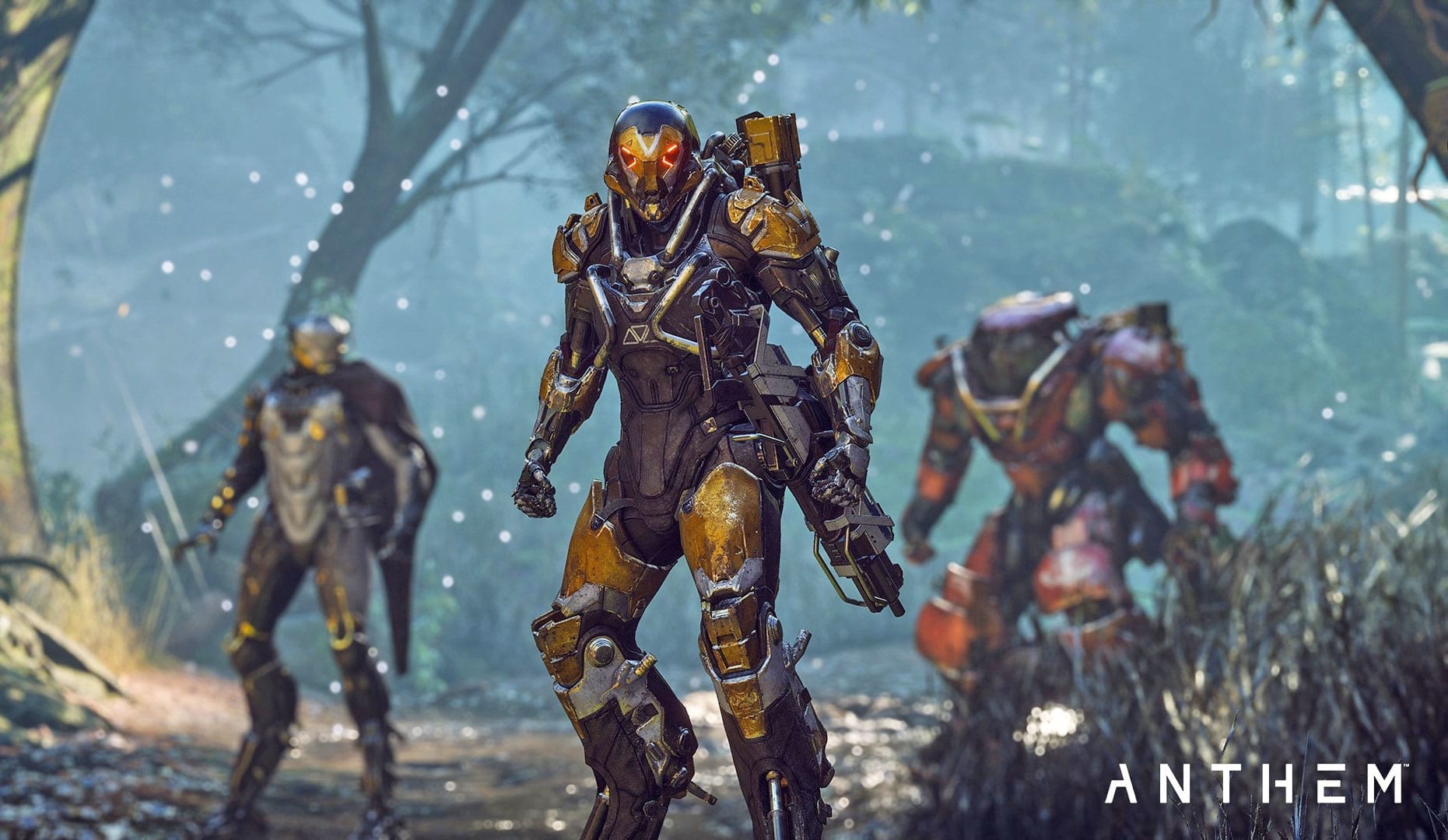 Anthem might not have had the warm reception it was aiming for, but keen-eared players are noticing more than just a few familiar voices when playing through the newly-released BioWare game.

Just a few of the famous voices who’ve lent their talents to Anthem include Vik Sahay (from Chuck) as Matthias Sumner, Jack McBrayer (from Wreck-It-Ralph) as Amal, Joe Lo Truglio (from Brooklyn Nine-Nine/Superbad) as Neeson and Catherine Tate (The Office US/Doctor Who) as Max.

TV fans have been scratching their heads trying to place some of the voice actors in Anthem, but you can check out more on the talent behind the game on the official EA blog right here.

@anthemgame I’m guessing one of the developers where a fan of Brooklyn nine nine and brought in detective Boyle pic.twitter.com/m5n21pjqmD

Listen to #CatherineTate, the voice of Max in #AnthemGame. A businesswoman who won a bar in a game of cards. pic.twitter.com/ei8dVXrBEm

Thanks to the lukewarm reception for Anthem and its very impressive list of actors, one Twitter user joked: “We can tell by the state and quality of Anthem that the entire budget went into paying the voice actors.”

We can tell by the state and quality of Anthem that the entire budget went into paying the voice actors pic.twitter.com/hdY1ZgY9YX

People are pretty shocked at seeing such familiar faces providing their talents for the game. But yes, it’s true!

CATHERINE TATE IS IN ANTHEM!?

Did you recognise any of these actors when playing Anthem?

@anthemgame Took me a while but I figured it out. Brooklyn Nine Nine, and Bleach/Naruto. If only they were in it more. @JoeLoTruglio @DavidLodgeStar