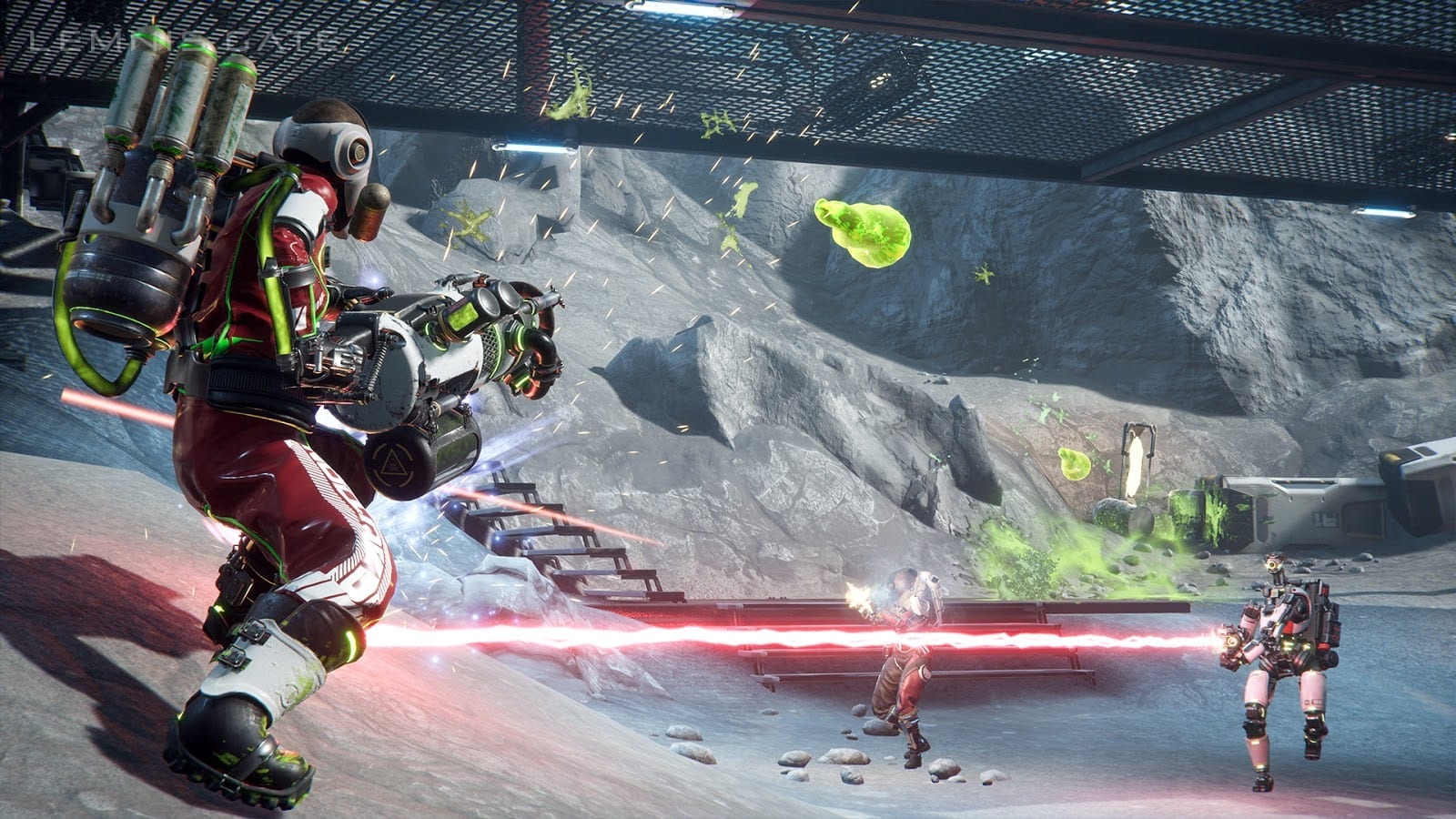 What do you get when you take the intensity of a first-person shooter, combine it with the cerebral nature of a combat strategy game and add in a dash of chess? The answer is Lemnis Gate, the incredible, new strategy FPS from Ratloop Games Canada and Frontier Foundry. Lemnis Gate releases in Summer 2021 on PC, PlayStation 5, PlayStation 4, Xbox Series X|S and Xbox One.

What is Lemnis Gate?

Lemnis Gate is a time-twisting, mind-bending, turn-based combat strategy game in which you’ll use time as a weapon. It’s not just a matter of mastering your aim – you’ll also learn how to master time.

Time is central to the gameplay of Lemnis Gate. Every wrong move could end up becoming an integral part of the right move, thanks to the interesting way that time loops.

Strategy and skill is an essential part of Lemnis Gate. Sure, quick reflexes might help you gain an advantage in the first round. But, by the final round, it’ll all come down to how well you’ve strategised.

Lemnis Gate subverts conventional FPS rules with its innovative, turn-based matches. These consist of five rounds, each lasting 25 seconds. Within those 25 seconds, you’ll make your move. You can use that time to take down an enemy, or even set up a cunning trap for a future round. Your gameplay is entirely up to you.

You turn into a ghost if your Operative is defeated. This means any actions you make after that won’t count for the rest of the round. However, you can always reverse this through clever play, so there’s always an opportunity to turn a match around.

Put simply, any actions you execute in one round, one will also happen in the next. That is, as long as it doesn’t get disrupted. If one of your Operatives is removed from the active timeline during a round, you can save them before that happens in a future round. That way, they’ll be part of your play again. One saving bullet or well-placed shield in a later round could make all the difference to the outcome of the match.

Thanks to Lemnis Gate’s revolutionary time-loop mechanics, surefire defeats can turn into miraculous victories. To help you plan your tactics, you’re given control of a drone between rounds, whose aerial perspective offers a vital vantage point. Use your drone to discover what routes your enemy is taking, what traps they’re laying, and what they’re likely to do next.

Key to it all are Operatives. Lemnis Gate has seven of them, each with a powerful signature weapon and incredible ability. Utilise each Operatives own unique skills and ability to formulate a winning strategy. In the ever-shifting battlegrounds of Lemnis Gate, how you play is up to you.

How to Buy Lemnis Gate

You can buy Lemnis Gate on PC, PlayStation 5, PlayStation 4, Xbox Series X|S and Xbox One when it launches this Summer. Make sure to wishlist the game on Steam and PlayStation. You can find out more by heading to the game’s official website.

Part of a paid partnership between GameByte and Frontier Foundry