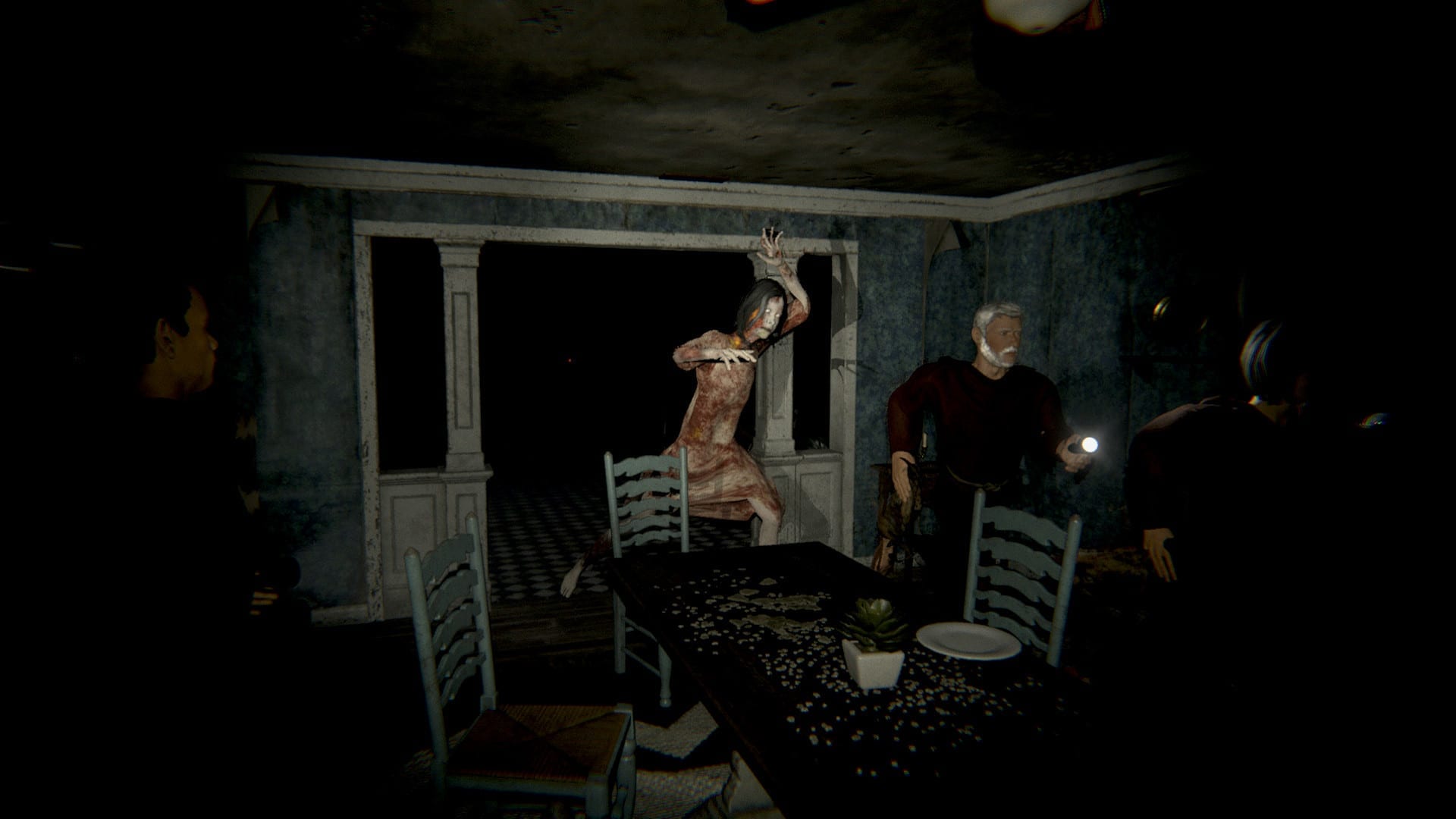 A recent update for co-op survival horror game Devour has added a much fan-requested feature at long last.

Devour is an indie horror game playable with up to four players, though you can go solo if you dare! The premise is quite simple: you must stop a possessed cult leader named “Anna” before she drags you to hell! So no pressure then.

Two to four players must work together in terrifying maps and in order to survive, you must endure and last a single session, which can take up to an hour. Search for clues, solve the secrets or run and hide; it’s up to you and your teammates how you choose to survive.

In Devour, it is said that “no playthroughs are ever the same” and each map will bring new environments, characters, mechanics, and more.

Devour is an indie title and the developers Joe Fender and Luke Fanning are always looking at ways to improve the game.

In a recent update, batteries have been added to the game so that you can charge your UV lights. It may seem like a small update, but often the smallest of improvements can make the biggest of impacts in games.

The developers have acknowledged that the game can be “too punishing for some players” and as Devour grows in popularity, they must inevitably cater to a wider audience.

Though for those that want to play the game without the use of batteries, they are completely optional. The new update will also improve the revival in Devour, which the developers described as “slightly janky” as well as ironing out other reported bugs.

You can check out all the bug fixes via the latest Devour blog post.

The developers also stated that they wish to release the next Devour map by Halloween 2021; however, we can still look forward to some new content in the coming weeks. The new content will include a new playable cult member, new character outfits (separate purchase), and a full audio redesign for the Farmhouse.

Have you been enjoying Devour with friends, or have you dared to go solo? Share your experiences of the game across our social media channels.