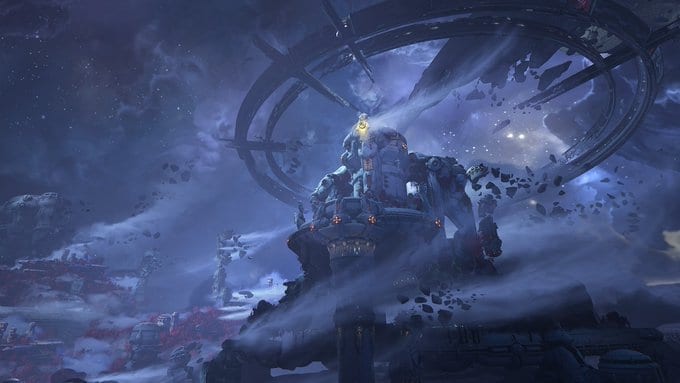 DOOM Eternal has been one of the best games of the year (so far!) and there’s more coming for fans of the franchise. The game will be getting some nice batches of DLC and the very first screenshots from the first new campaign have just been revealed.

The news comes direct from the official social media pages for DOOM, where two screenshots of the upcoming DLC campaign were shared. In case you missed it, check it out in the tweet below!

Unfortunately we don’t know when the DLC is expected to drop, but hopefully we’ll be getting to play it before the year is out.

For those who’ve bought the game’s Year One Pass, this first batch of DLC will be available for free whenever it launches.

Though not much is known about the DLC, the Steam listing for the DOOM Eternal Year One Pass’ description gives a vague idea of what we can expect to see.

The official wording reads as follows: “The Slayer’s legend grows…

“Your victory over Hell’s armies pulled humanity back from the edge of extinction, but it came at a cost. An imbalance of power in the heavens requires the true ruler of this universe to rise and set things right. Wage war across never-before-seen realms of the DOOM Universe, fight against new demons, and wield new abilities in your never-ending battle against the forces of evil.”

The Steam page also clarifies that both the first and second batches of DLC will be free for those who’ve purchased the DOOM Eternal Deluxe Edition.

DOOM Eternal is available on Xbox One, PlayStation 4, Stadia and PC. A Nintendo Switch version is also in the works, though a release date has yet to be revealed.