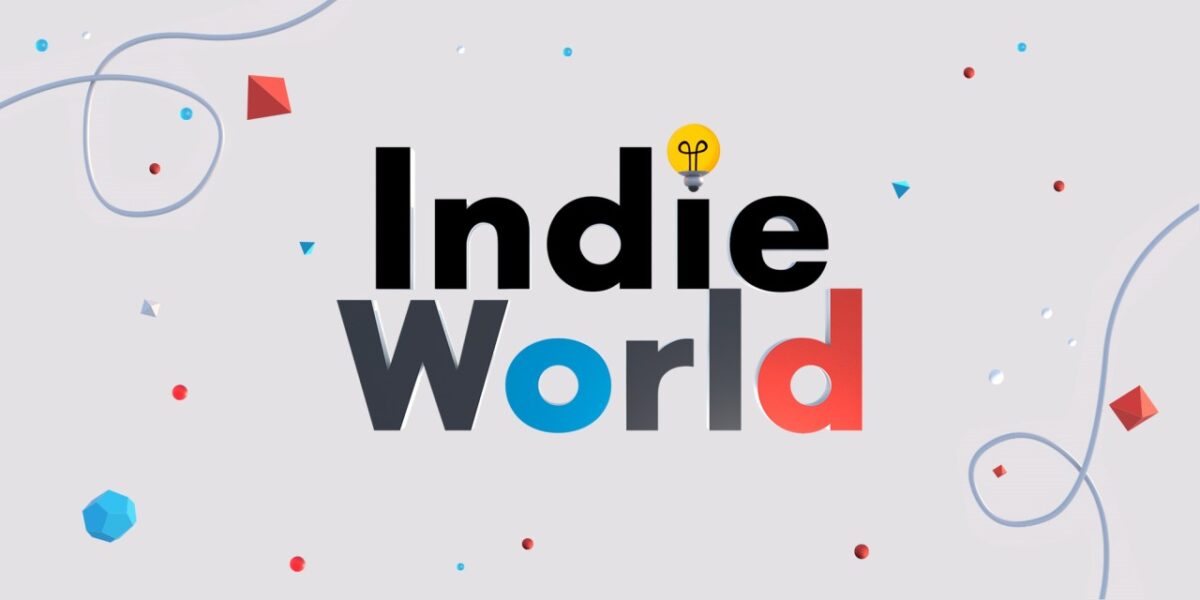 Nintendo treated us all to a fantastic dose of Indie delights earlier this week with the Indie World Showcase. Here’s a list of everything that was announced, most of which is coming to the Nintendo Switch very soon!

This colourful skater has all the hallmarks of a game inspired by Jet Set Radio. So much so that its soundtrack is composed by the very same person who worked on the Dreamcast cult classic. Hideki Naganuma returns to inject funk into the veins of Bomb Rush Cyberpfunk.

With popping visuals, you’ll be sliding about the metropolis in supreme style. Bomb Rush Cyberfunk grinds onto Nintendo Switch in 2022.

Another classic game to receive a sequel, Axiom Verge 2 is finally available to purchase right now!

The original side-scrolling platformer first saw a release in 2015 to much critical acclaim. Another metroidvania developed by Thomas Happ, this sequel sees the player take control of Indra, a woman who’s humanity is gradually being consumed by microscopic machines. These machines also grant her unique abilities that allow her to explore a world that’s neither real nor virtual.

Give the long-awaited trailer a watch below!

Eastward is a compelling game that depicts a society on the brink of collapse. With a top-down view of a gorgeous environment, it looks as though it’ll tell a comprehensive story while facilitating some engaging combat mechanics.

It launches on Nintendo Switch on September 16th.

Old-school arcade players will remember the Metal Slug games fondly. Now, the format has made the transition to turn-based RPG. Use the wide variety of military-themed units to take control of battlegrounds in a fight for the win.

The ultimate Tetris experience is finally arriving on the portable platform later this year. Combining the timeless game of Tetris with gorgeous visuals and incredible soundscapes, you’d be surprised at how tear-jerking a game of Tetris can be. There’s local co-op modes available as well as the Connected multiplayer mode that debuted on Xbox Series X|S last year.

Don’t sleep on this one – it’s not ‘just another’ Tetris game. It arrives on Nintendo Switch this October 8th.

In a bizarre twist of the Shovel Knight character, this new game drops the 2D platformer mechanics for a top-down puzzle based adventure. It looks as though there’s a versus mode to accompany the single-player story, too.

There’s no release date for this one yet, only that it’ll arrive on Switch later this Holiday season.

This adorable hand drawn adventure sees the player solve puzzles using their trust camera. You’ll get to interact with all sorts of quirky characters in a variety of self-contained environments.

Again, there’s no release date on this one, but it’s expected to drop later this Fall!

A sequel to 2018’s excellent FAR: Lone Sails, this game continues the journey through a desolate wasteland. This time the world appears to be flooded. FAR: Changing Tides looks to be a suitably claming game, albeit one with a distinct air of mystery.

Sea what the world has to offer when it washes up onto Nintendo Switch in early 2022.

Ah, Loop Hero. This automated loop game was the source of several midday distractions when it launched on Steam last year, and it’s now coming to Nintendo Switch.

The game sees you fight back against an enemy called The Lich who’s plunged the world into a constant time loop. It’s your job to build up a deck of cards that builds your own world as your character builds up strength and abilities with each time loop.

You’ll be able to get to grips with it when Loop Hero launches on Nintendo Switch this coming Holiday season.

Certainly the strangest item on this list, Boyfriend Dungeon marries the tried and tested dungeon crawler genre with a dating sim. The plot twist? The people you’re dating are also your weapons.

This confuses me extremely but it looks to be an incredibly humorous and fresh take on the genre. Best of all, it’s available right now on the Switch so you can figure out what it all means for yourself.

Last up is Necobarista: Final Pour. The description explains that it’s about a cafe in which the dead are granted one final night to mingle with the living. With gorgeous visuals and some interesting characters to get involved with, I’ve a feeling that this one might also be an emotional journey.

What did you make of last night’s Indie World Showcase? Let us know which games you liked the look of across our social channels.