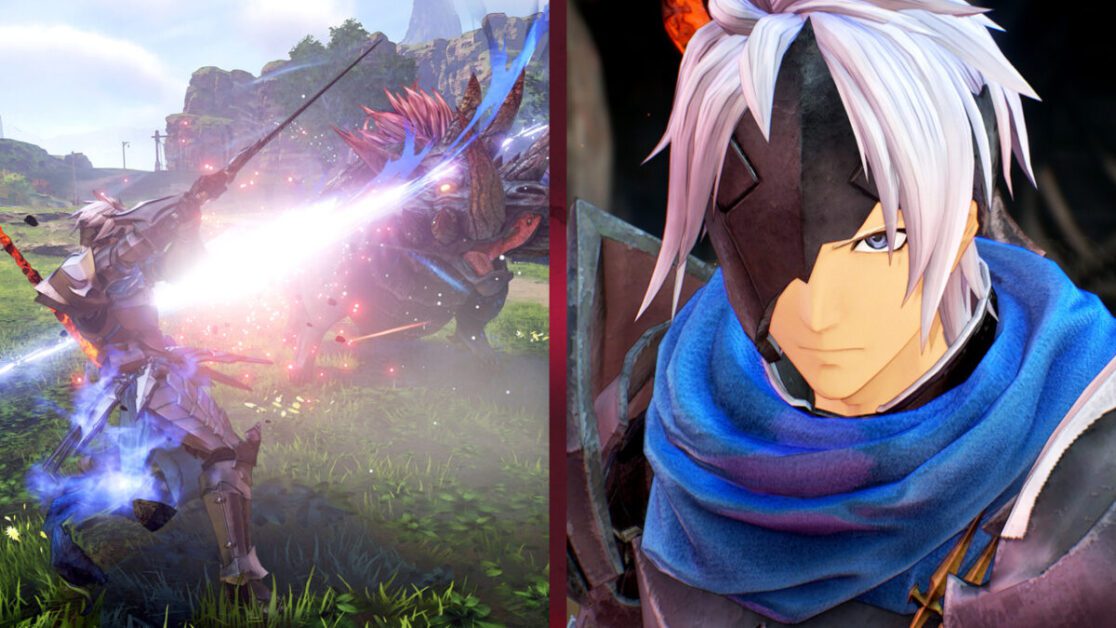 Tales of Arise is the latest instalment in the Tales series. It’s a series that has been a part of the gaming world for over 25 years. During that time it has appeared on various platforms and become one of the most beloved JRPG franchises around.

But Tales of Arise is bringing change with it. The option for multiplayer is gone, something that will no doubt be a sad omission for some. Luckily the game is doing a lot of good things too. How do we know? We went hands-on with it recently to check out the opening of the game and walked away, not only impressed, but ready to start a revolution.

What is Tales of Arise about?

The latest Tales games tells the story of people from the worlds of Dahna and Rena. The Dahnans have been oppressed by the Renans for centuries and used as slaves.

Your character, known as Iron Mask during the opening of the game, finds himself the faceless hope for a revolution. Unable to feel pain, the character often stands up for what is right with no fear of the consequences, no memory of his past and no way to see his face (as it’s in an iron mask). He stands up for those being pushed too far by the Dahnan soldiers. Things quickly escalate to him helping with an uprising.

If what I played is a fair reflection of the opening hours of the game I am mildly concerned about the pacing as things went from 0-100 very quickly. The way you get introduced to the uprisers just feels a bit clunky in execution. It’s a minor issue though as, by the end of the demo, you’re fully backing the team and wanting this revolution to happen.

Tales of Arise looks lovely. It’s being made in Unreal Engine 4 and the models and some of the effects really do pop well. Some of the areas felt a bit barren in the section of the game I got to check out but that felt like the point.

The cutscenes and animation work well but the visual novel sections (which are optional for the most part can be triggered with a button prompt) leave a little to be desired. There’s often a lot of dead space at play. Plus with Iron Mask’s face covered by his mask, it means there’s very little emotion in the scenes during the early part of the game. It’s worth noting that trailers show that the mask is only a temporary thing. That does not stop it from having an impact on these early visual novel scenes though.

How Tales of Arise Plays

The game plays like you’d expect most third person RPGs to play. You can walk around a map, take on side missions, explore and level up at your leisure. There wasn’t that much to explore in the opening but I enjoyed checking out what was there.

One thing I loved was how responsive your character is on the world map. It meant I was able to dodge a lot of enemy encounters, as a battle only instigates if you come into contact with them. It’s a handy thing if you’re in a rush or don’t feel like fighting. It also seemed that there will be a few high-level enemies on the map that will be in your best interest to avoid.

The thing is, despite dodging a lot of enemies… I found myself doubling back on myself to fight them. Why? Because of the combat.

There’s a big emphasis on being able to dodge enemy attacks and picking the right point to get stuck in. With everything playing in real time you can switch characters if you want to but you can also put your faith in the AI too. There were a few occasions the companions did the silly things all AI does but, for the most part, they not only held their own but kept me alive when I had taken a few too many hits.

It takes a while for the combat to get going, as there are various move types to unlock that only happen as you progress through the story. Once things are unlocked though I was impressed by how much fun I was having in combat. Simple button presses meant I could deliver big moves that looked great too. It was also super easy keeping an eye on the battle area to make sure I wasn’t about to get hit unaware. Switching your moves up is super easy and being able to have that variety helps the gameplay feel less repetitive.

Large parts of what I played are voiced but not everything was. There also seemed to be no way to change the subtitle size. Luckily the size of the subtitles are mostly fine but it would be nice to have that option. You are able to adjust music, dialogue and sound effects on sliders which is handy for those that want to fine tune their experience so that they can hear everything clearly.

Tales of Arise wasn’t really on my radar before playing it. I like the Tales games but I normally end up starting them and never finishing them. Yet Tales of Arise has definitely piqued my interest.

Hopefully what follows after the opening section I played continues on the high point it ends on and doesn’t stumble. If it can do that then Tales of Arise could be one of the best JRPGs of the year.