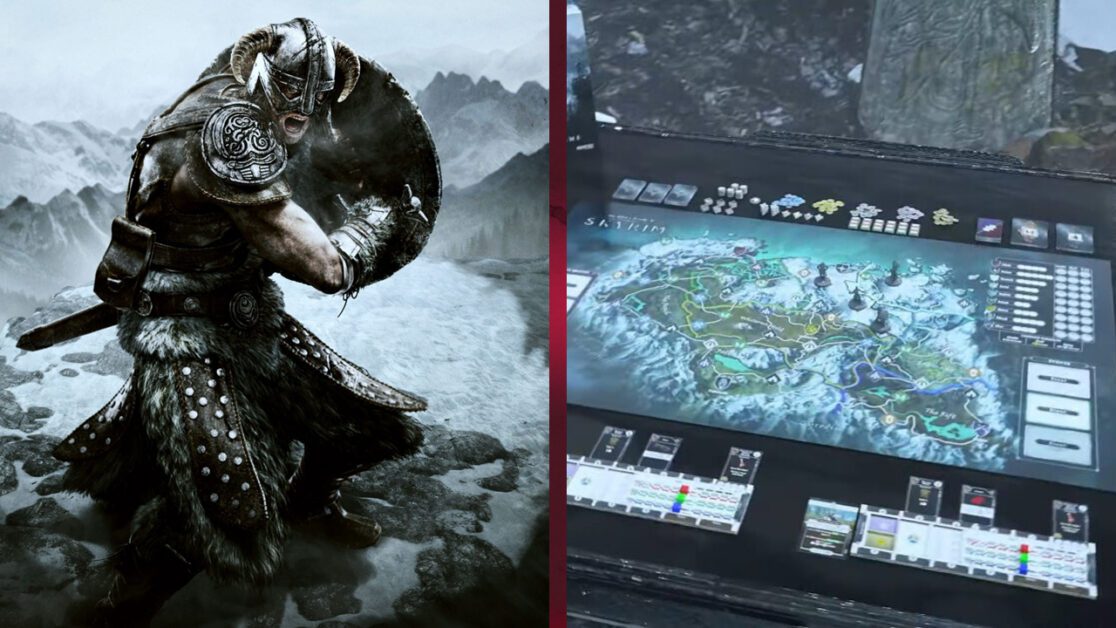 The Elder Scrolls V: Skyrim is getting its very own board game and it will be arriving next summer. Rejoice, fellow adventurers.

Recently The Elder Scrolls V: Skyrim celebrated its 10th anniversary. Bethesda celebrated by announcing a new-gen port of the beloved action RPG. However now, Skyrim is coming to a tabletop in your home.

The Elder Scrolls V: Skyrim – The Adventure game is being created by Modiphius Entertainment, and its crowdfunding campaign is now live on Gamefound. At the time of writing, the was successfully funded in just 28 minutes and 44 seconds. As it stands, the Skyrim board game has achieved nearly 500k of its 100k goal with 32 days left until the campaign ends.

The Skyrim board game is a tabletop RPG that is said to feature 12 hours of story content, and that’s not even considering the expansions. It is also playable solo or with up to four players. So, you never have to adventure alone. Unless you want to, of course.

“This new solo/cooperative (up to four players) game of adventure and exploration invites aspiring adventurers to return to the frost-covered lands of Skyrim,” reads the game description.”

“Take up arms against dragons, Daedra, trolls, and many more wretched creatures to help the common folk sleep a little easier at night as you battle for glory. It’s a dangerous time, so the party brave enough to charge head-first into danger best have each other’s back.”

There are of course multiple tiers that you can back. Starting at £68, to £140 with the expansions or you could go for the £220 Deluxe Tier which includes all the expansions as well as loads of extras. Depending on the tier you back, plenty of stretch goals will also be unlocked.

Once the campaign ends, the production process will begin, and all backers aim to be fulfilled by August 2022. However, as with many crowdfunding campaigns, don’t be surprised if there are one or two delays along the road.

Will you be backing The Elder Scrolls V: Skyrim – The Adventure Game? Let us know across our social media channels.