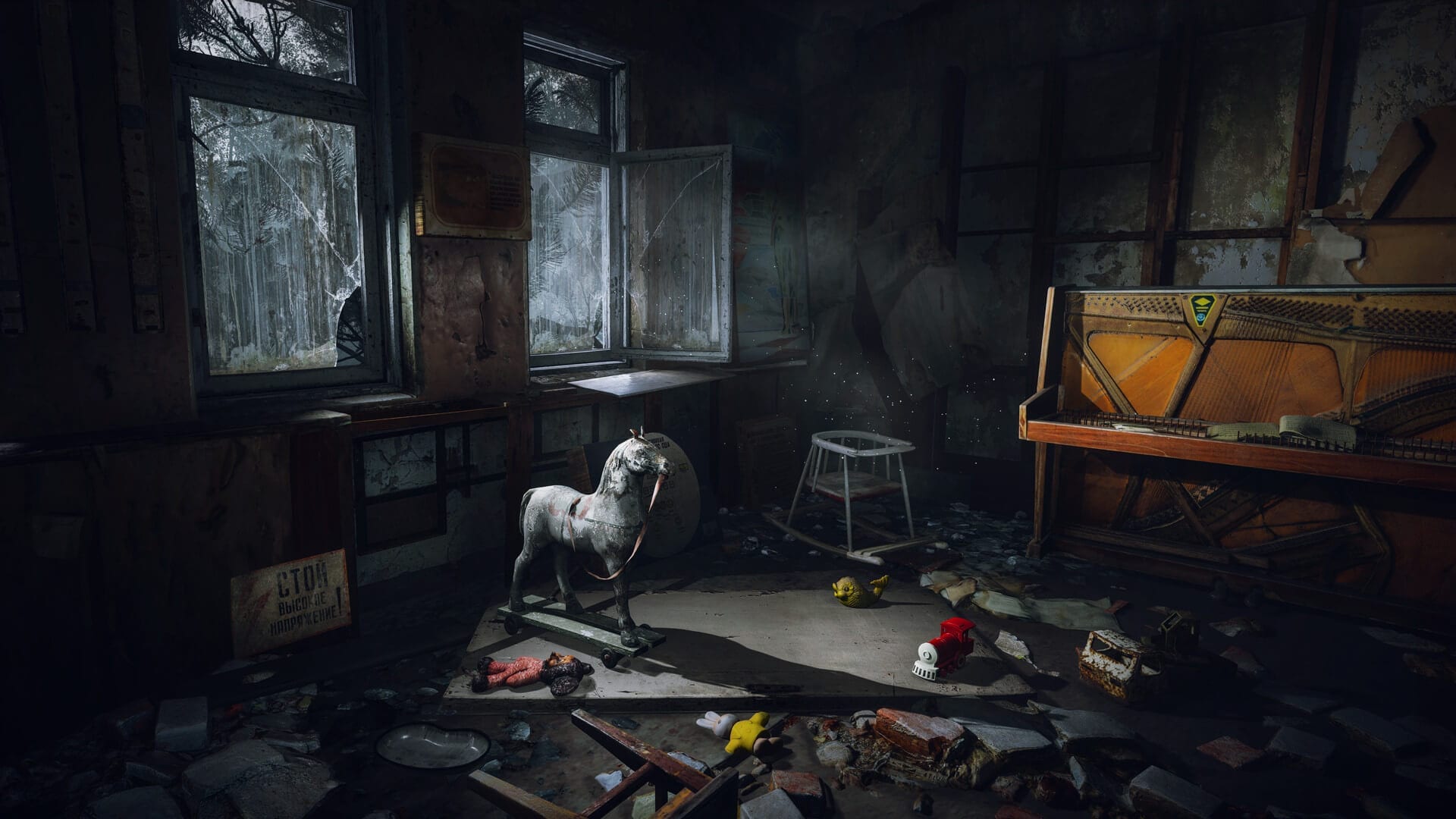 Chernobylite is a game that’s been on our radars for a while now. Blending sci-fi, survival horror and history, this is one Steam game that we’ve been waiting for – and speaking to the developers has only got me even more excited for its release.

If you think Chernobylite is trying to cash in off the back of the success of HBO’s recent hit mini-series Chernobyl, or if you think it’s to make money off of one of the planet’s biggest-ever disasters then you definitely need to think again. Somewhat surprisingly, Chernobylite is a personal passion project from a small team with close ties to the nuclear disaster that took place in April of 1986.

Speaking exclusively to GameByte, game director Artur Fojcik, and The Farm 51 marketing manager Barbara Szymańska chatted about Chernobylite and how the game came about.

Explaining The Farm 51’s relationship with the Chernobyl disaster, Fojcik explains: “In our company, we have two people that are driving all the ideas of the project. The first person is Wojciech Pazdur, he’s the creative director and the second is me, I’m the game director…Chernobylite is our ideas combining in many different topics. All of the Chernobyl topic is his main passion. He loves [the history of] Chernobyl, he was very young when the accident happened, but he does remember it.

“I’m not old enough to remember all of it. He’s only seven years older than me, but that’s enough for him to remember.”

Together, The Farm 51 has spent a huge number of hours on the ground at Chernobyl, not just for Chernobylite, but also for a previous project.

“We, as a company, have been travelling to Chernobyl for years now,” Szymańska tells me, “Because our previous project was Chernobyl VR Project, a virtual tour to Chernobyl where you can put your VR goggles on and go to Chernobyl without leaving home.

“We’ve been travelling there for years, many times, some people have been there already [maybe] 15 times, to scan the objects and to learn about the history of the place and the people who remember that disaster, or the witnesses.

For the team, a survival horror story was the most natural direction to take for the game, in which you play as one of the Chernobyl Power Plant’s ex-employees investigating the mysterious disappearance of your girlfriend.

“When you think about Chernobyl it’s supposed to be survival, because it’s probably the most horrible place in the world. There’s horror. Just the atmosphere when you are going, it’s horrible. All the spaces, all the kindergartens,” says Fojcik.

As if that’s not a terrifying image in itself, Szymańska adds: “And the hospital. These are the most creepy places. You have the nursery, everything is – it’s like the time has stopped there. But everything is decaying and destroying and you just see that 30 years ago there were babies there, but now everything is so destroyed and haunted.”

Talking about just how deep the team’s exploration went in recreating the real-life locations for the game, Szymańska explains: “In the basement of the hospital, there are suits of the firefighters, which are still radioactive. One of our guys went there with a geiger counter and they’re still radioactive after 30 years…

“We really put a lot of attention to recreating this as best as possible, the realistic feel of the place. We scanned whole rooms and buildings, everything is in order to make the game as close to real as possible.”

The game, which raised over $200,000 via Kickstarter, has relied heavily on its users for feedback during the development process, and The Farm 51 has been more than happy to listen to both praise and criticism.

“Community feedback was something very new to us, because [this is] the first time that we’re trying to do the Kickstarter. We were afraid what would happen, because sometimes, the players – they are not designers, right? So they sometimes say ‘you should put this feature into the game’ and, you know that this feature is very expensive and you have a small team to make that. We were scared about that, but we shouldn’t [have been].

“All the feedback we received – and we received hundreds of comments – it was very good. We used 80% of the ideas.”

Szymańska also chimed in on just how important the community has been in the development of Chernobylite.

“The first, let’s say massive testing, was after Kickstarter. Everybody who backed us on Kickstarter for some amount of money got the demo, and they were able to play the game before Early Access. We asked them for their feedback,” says Szymańska.

“We had hundreds of comments and detailed answers about what do they like, what don’t they like. We asked them about different aspects of the game, about the survival or the horror, is it enough, it is too little or too much. We had a lot of very good feedback.”

Gamescom 2019 marks the first time that the public was able to get hands-on time with a demo for the horror game – something that I got the chance to look at with Szymańska and Fojcik’s commentary.

Talking me through the mechanics of the game, which include decision-making, stealth gameplay, shooting and exploration, it’s clear just how passionate the team has been about the game.

The attention to detail in the environments is flawless, from the uniforms of the Chernobyl staff and security right down to the numerous posters of Lenin decorating the power station.

Along with deciding whether to take a stealthy approach or going for all-in-combat, Chernobylite also uses a health meter and a Geiger counter. The Geiger counter doesn’t just warn you of radiation poisoning, but is also used to scan environments to reveal details you’ll need to progress in the game.