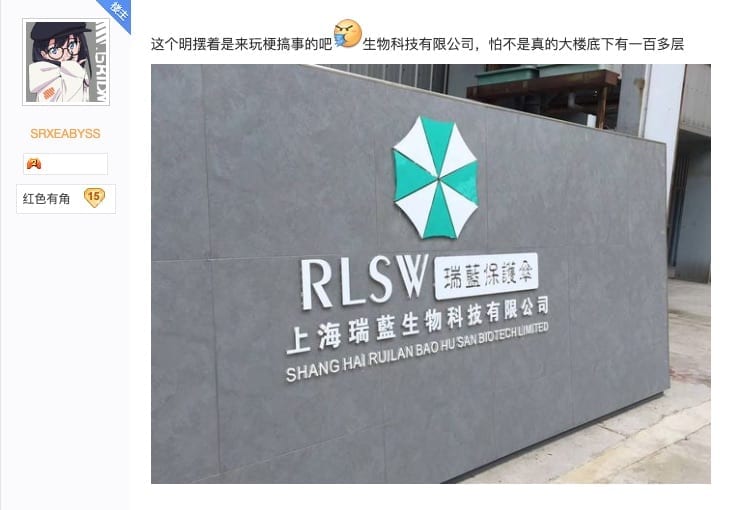 Chinese horror game fans have made a startling discovery about a biotech company based in their country, after a connection was made between the company’s logo and a certain fictional virus-making corporation…

As reported by Kotaku, the logos are nearly identical except for their colouring, but if Umbrella is real then at least a boulder-punching Chris Redfield probably is too…

This isn’t the first time a rogue Umbrella-like logo has been spotted in the wild.

Back in 2017 Kotaku also spied an even more similar logo used by The Medcare Skin Centre in Ho Chi Minh, Vietnam. This time, the logo appeared to be a straight copy-and-paste of Resident Evil‘s iconic red and white emblem.

In a translated statement issued at the time, The Medcare Skin Centre said: “Currently, some media coverage of the logo’s involvement with the Medcare logo coincides with the Umbrella logo, which is a fictional pharmaceutical biotech company in the game. Revident Evil horror and the film of the same name, which in Vietnam is known as the Earth Dat that make public interest.

“In this regard, Medcare Clinic would like to inform our partners, Customers of the company that we are also very surprised about this coincidence. The logo design of the Medcare partner unit is made outside of our main expertise. Therefore, we have received feedback from the media and are investigating, internal processing to have the official information sent to you as soon as possible.”

It’s since been changed.

As for China’s biotech company which sports a turquoise Umbrella-style logo…well, they haven’t yet commented on whether or not they’re working on making world-destroying viruses like the T-Virus.