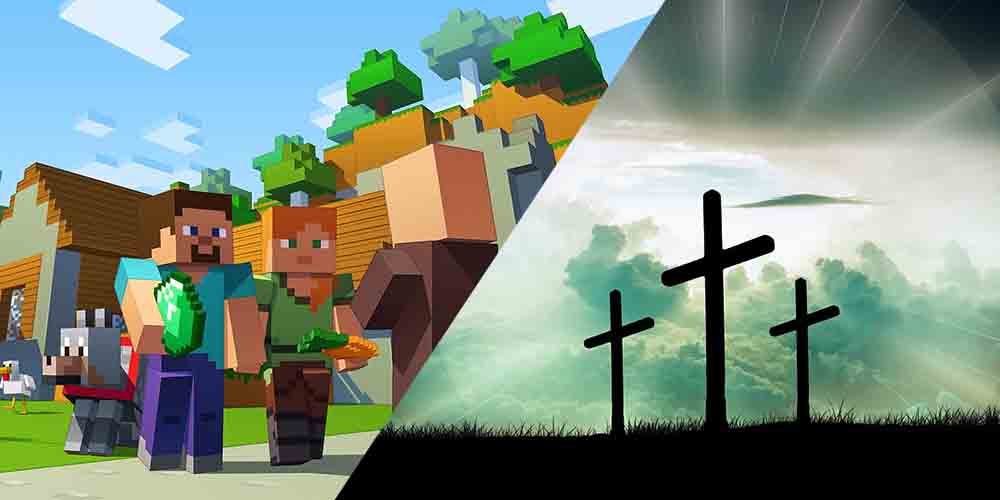 Religion and video games might not seem like they should go hand-in-hand, but that hasn’t stopped Minecraft-themed bibles becoming a reality.

As modern kids pick consoles over religion, it might seem like an impossible challenge to get them away from their screens and into church. If you wondered where the coolest school in the world could be located, the answer is in Jersey.

According to the Bailiwick Express, churches in Jersey have bought copies The Unofficial Bible for Minecrafters – Stories from the Bible told block by block for local schools. Aimed at children aged 7-11, the blocky Bible stories cover the likes of the Garden of Eden and Moses parting the Red Sea.

The official Amazon description for the book reads: “The amazing world of the Bible is brought to you by two Minecraft master builders. Enter a new world – full of exciting quests, danger, and miracles. Walk into the Garden of Eden and see tumbling waterfalls and lush landscapes; accompany Noah as he builds his ark; see the parting of the Red Sea; watch the blocks of the Jericho walls break apart; witness Jesus perform miracles – all created in Minecraft!”

The idea is all part of Jersey’s Religious Education Advisory Council (REAC). After the Jersey Church Schools Society made a £2,000 donation, Reverend Ian Pallent contacted local schools. Trudie De La Haye, Head Teacher of St John’s School and Chair of REAC, said they chose The Unofficial Bible for Minecrafters because of the simplistic style and humour of the stories.

Francesca Allen, Head of Humanities Faculty at Le Rocquier School, confirms that the school “gratefully received” the donation. She continued, “We were previously having to print extracts from the Bible to support students in their Judaism and Christianity studies, which meant they never got to grips with how to negotiate a real Bible.”

First released in 2011, Minecraft was a runaway success for Swedish developer Markus Persson and published by Mojang. As of 2018, 154 million copies of Minecraft have been sold — making it the second best-selling game of all time.

With the ongoing popularity of that blocky behemoth, it’s no surprise schools are combining religion and Minecraft. Personally, I’m waiting for the Fortnite-themed versions of the bible to start doing the rounds.

Jesus Simulator ‘I Am Jesus’ Moves To Unreal Engine 5