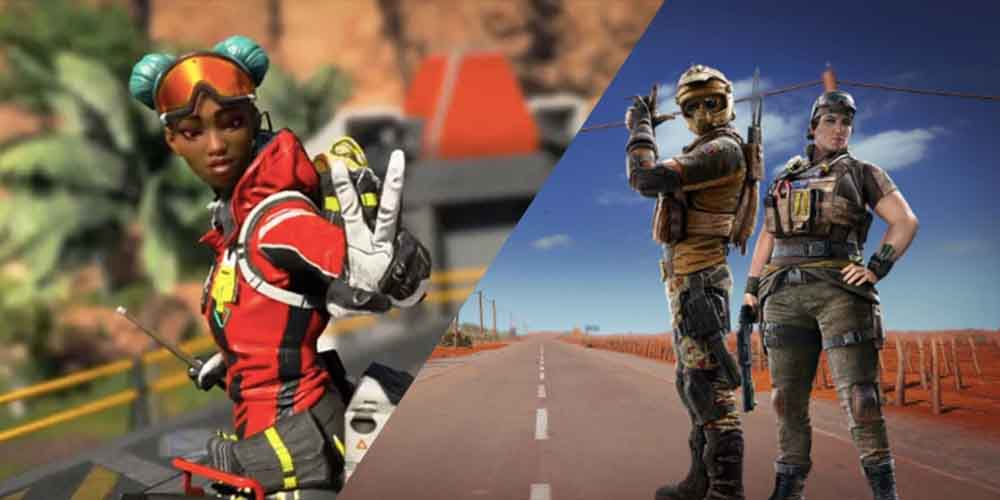 Ubisoft may be looking at introducing an Apex Legends feature after fans called on them to include it in Rainbow Six Siege.

Basically, they’re looking at non-verbal communication. In Apex, all you have to do is press a button and you can quickly signal to other players without having to use a mic (‘enemy was here’, for example).

It looks like the feature is pretty popular, and Rainbow Six Siege players are now looking to Ubisoft to emulate it on their game.

Sometimes talking on mic as a girl results in me getting team killed or trolled. I’m a bit afraid to play ranked too much because it’s a 50/50 chance that this will happen, but I also get yelled at for not communicating since it’s important. Would LOVE something like this.

On Rainbox Six Siege’s subreddit, there’s been a lot of comments regarding a potential ping mechanic. In an interview with Stevivor at the Six Invitational last month, game director Leroy Athanassoff said Ubisoft is looking into an Apex Legends-style ping: “We have a ping in our game, though I would love to be able to ping a reinforced wall and ask for a breach.

“For instance, maybe when I ping a wall I can open up a contextual wheel to select what to do, or alternatively be able to ping something like a Mute jammer.”

The only problem is that they have said that they want to look into it ‘at some point’, which doesn’t sound like it’ll happen any time soon.

One rumoured Apex Legends feature that probably isn’t going to be emulated by Rainbow Six Siege any time soon is dragons.

Well, if some files that were recently unearthed by dataminers are anything to go by, it looks like they could be introduced into the game soon.

In the latest update to Apex Legends, dataminers have just found a recently added game file called “FlyerSwarm”, and the leaked screenshot above looks pretty conclusive.

Season One of Apex Legends just launched (March 19), bringing with it the game’s first battle pass, first post-launch Legend and a tonne of hate on social media.

Turns out people really aren’t impressed with what Respawn’s offering with the battle pass, with players complaining about everything from the cost to the “hidden” terms and conditions.

The first new Legend, Octane, has been seriously hyped by players, but there’s one thing that people feel Respawn didn’t make clear – Octane is a separate purchase to the battle pass.

On Twitter, angry players have been sounding off about the move.

Sooo…let me get this straight. You buy the battle pass for Apex, but still don’t get Octane? Octane is a separate purchase? I’d rather use my Tokens/coins on him than cosmetics. TBH but would have spent the $ on the BP if he was included.

As for the battle pass itself, Apex fans are finding the content pretty lacklustre. One user tweeted: “i wouldn’t say i regret buying the #apexlegends battle pass, and i have even been comfortably able to spend more on it, but it’s a sh*tty battle pass and the items suck. @PlayApex please improve future battle passed significantly, and maybe even improve the current one, too.”

you guys should really consider adding more or updating the content in the battle pass it is very underwhelming, there’s not even a single thing in the pass id even pay $1.50 for. I’d rather spend the $10 on apex crates or the new legend.

Another player branded Respawn as “money hungry people,” adding: “It was a matter of time. I wonder if you need to play 100 plus hours to unlock everything, so you have to spend more money to unlock if you don’t have to time. Pieces of sh*t.”

Season One has only just begun, and there’s a lot of updates supposedly coming. Maybe Respawn can fix the battle pass…?