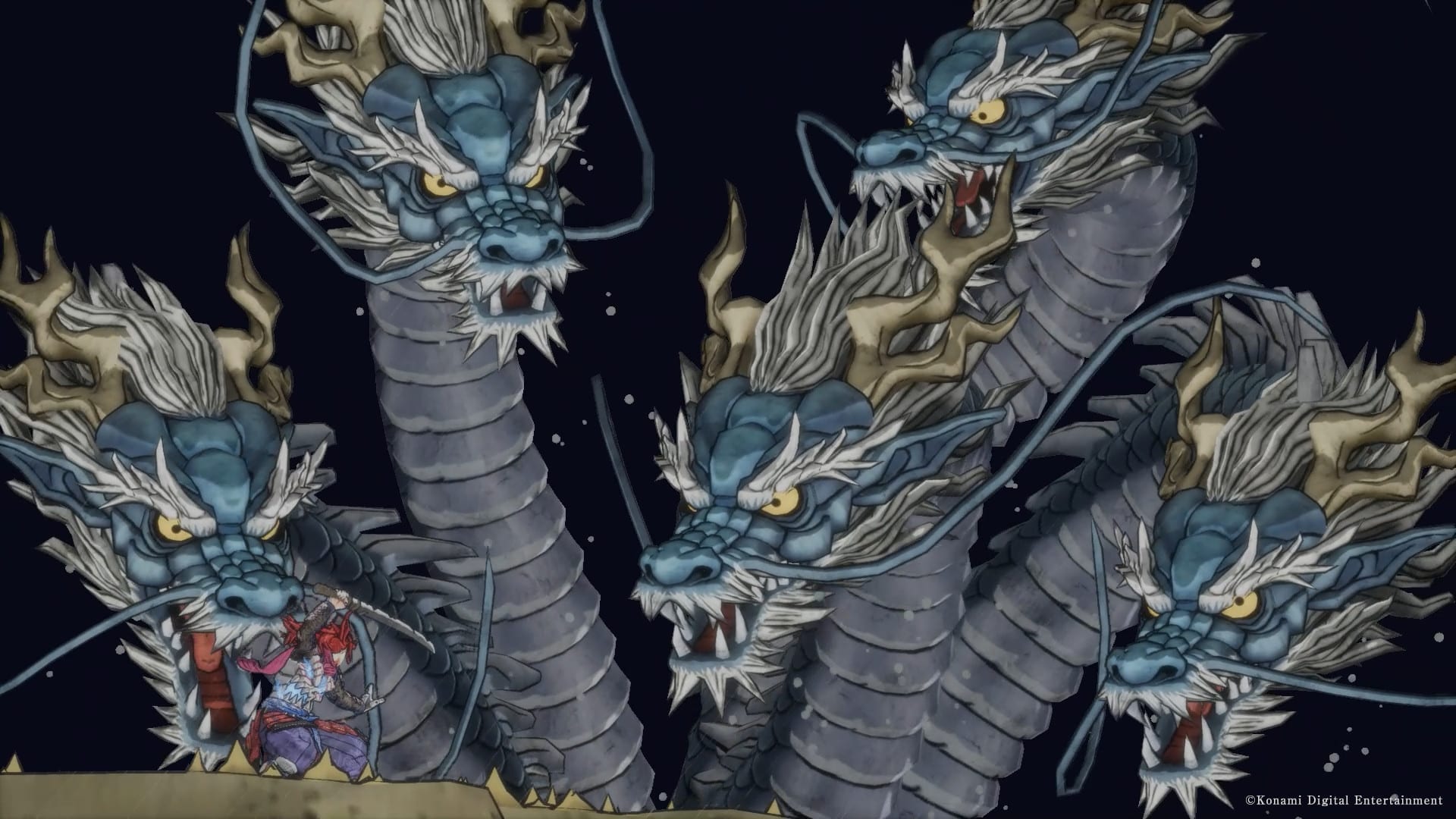 Konami is bringing back one of its classic 8-bit games. However, before you get your hopes up, it’s not Castlevania – it’s the Japanese exclusive 2D roguelite GetsuFumaDen: Undying Moon.

To say that Konami isn’t very active in the games industry is an understatement. While projects like Silent Hills could have placed the publisher back in the spotlight, it has instead recoiled into itself, focusing on pachinko machines with video game themes. Yet, for whatever reason, Konami has decided to bring back a Nintendo Famicom platformer that was only released in Japan.

Let’s be honest, most gamers would prefer Konami to focus on the likes of Silent Hill and Castlevania. However, GetsuFumaDen: Undying Moon actually looks rather unique and features traditional Ukiyo-e Japanese art style.

Beneath its pretty exterior is a Metroidvania experience with hack ‘n’ slash combat and roguelite mechanics, akin to the likes of Dead Cells. Since the original game was a Japanese Famicom exclusive, you’re probably not familiar with the game’s premise. Therefore, here’s the game’s back of the box synopsis from its Steam page:

“Getsu Fuma Descends It has been 1000 years since the first leader of the Getsu clan defeated the demon lord Ryukotsuki, driving demons back into Hell and restoring order to the world. But when Ryukotsuki abruptly returns and all hell breaks loose, it falls unto a new hero to rise against the threat.”

While the game’s official launch isn’t till 2022, it will be playable from the 13th May 2021 through early access. According to the game’s producer, Shin Murato, the early access will “foster an active discussion to increase the quality of the game”.

Hopefully, the end result is a game that embodies Konami’s 2D legacy, rather than its lacklustre approach to modern game development.

GetsuFumaDen: Undying Moon goes into early access on 13th May 2021 on Steam. Are you pleased to see Konami reviving one of its classic games? Let us know across our social media channels!