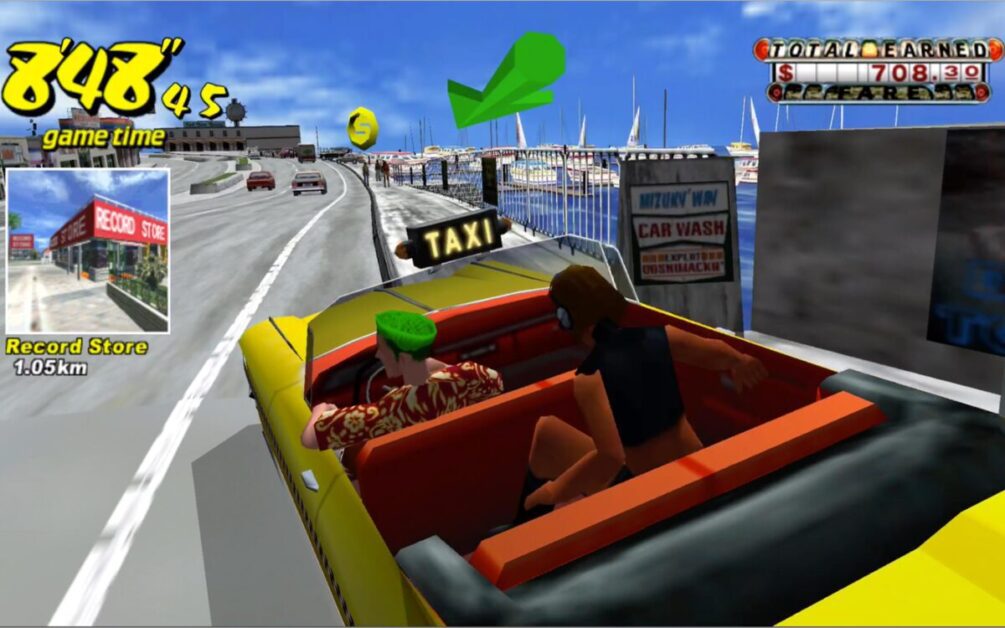 A Crazy Taxi mod has restored loads of cut content from the original game such as product placement, analogue controls, and much more.

Crazy Taxi was originally released in the arcades in 1999 before coming to the SEGA Dreamcast in 2000. It quickly became a household favourite for Dreamcast owners. To this day I will forever have the song “All I Want” from Offspring forever etched in my mind.

Crazy Taxi would then be ported to other systems in the years that followed. However, with the most recent ports, loads of content was cut from the game.

Firstly, the awesome soundtrack was gone due to the license expiring. But also, product placement locations such as KFC, Pizza Hut, Levi, Tower Records, and more. Updates for Crazy Taxi would also remove analogue controls on PC.

Restoration and so much more!

Thankfully, however, modders have been hard at work once more to restore much of the content and features cut from the original version of Crazy Taxi.

As reported by PC Gamer, in collaboration with Alexvgz and Silent, they have released “Crazy Taxi Dreamcast Restoration 2.0” which brings the game back to its original form. Or at least as close as you’re going to get.

You can check out first-hand exactly what the Crazy Taxi Dreamcast Restoration 2.0 mod does in the comparison video below.

The mod also not only restores the analogue controls, but also fixes issues with dead zones as well as enabling a speedometer, and a change of camera. However, that is not all because the mod even allows you to play this classic game with a steering wheel, oh and it fixes some bugs for good measure too.

You can download the Crazy Taxi Dreamcast Restoration 2.0 mod right now via Github. Are you impressed with this awesome mod? If so, let us know across our social media channels.