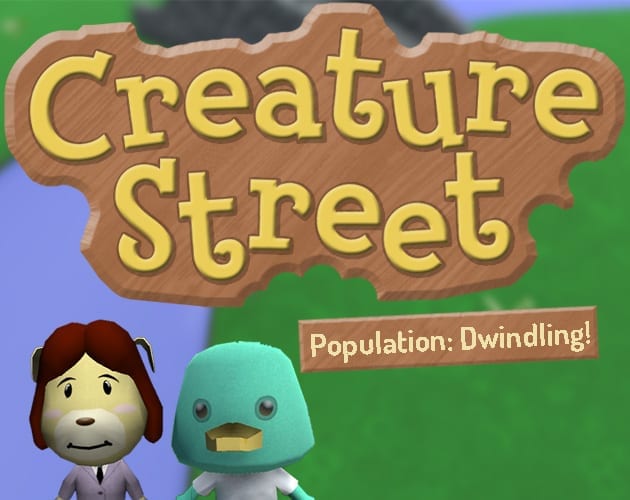 Right now the world is still in love with Animal Crossing: New Horizons, but if you want something with a little more murder in it, then Creature Street might be the game for you. The self-confessed AC parody game features a similar aesthetic to the beloved Nintendo title, but will see you tackle murder, mystery and betrayal instead of designing your own island.

Created by indie developers, FloTeam, your task is to find out who killed the mayor in what looks like the bright and colourful world of Animal Crossing.

The game’s official description reads as follows: “A normally quiet town of animals is rocked by the murder of its venerable mayor. You play a detective tasked by the mayor’s loyal assistant to bring the killer to justice. Interview suspects, collect evidence, and weigh your options carefully!”

Put together by only two people in the space of just one month, Creature Street was a part of itch.io’s Unnecessary Sequels Awful Summer Jam back in 2018, but has recently become more popular than ever thanks to New Horizons.

The game is quickly becoming a firm favourite for Let’s Plays on YouTube, with the likes of comedy gamer CallMeKevin already covering the title.

If you want to play Creature Street for yourself then the good news is you can pay what you feel! Check it out on itch.io here, where you can download it for PC and Mac.

As for the real Animal Crossing, the game continues to go from strength to strength. Releasing in March, the title has quickly become one of the highest-selling games available on the Nintendo Switch.

In just the first six weeks of its launch, the game sold 13.41 million units, vastly outselling its Nintendo DS and 3DS predecessors.

Animal Crossing Direct Will Reveal The Return Of Brewster

Brewster May Finally Be Coming To Animal Crossing: New Horizons

Here’s All 9000+ New Items In The Animal Crossing Update