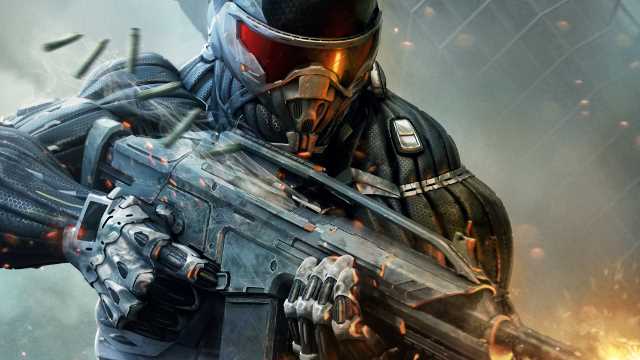 EDIT: Since the time of writing, Crysis Remastered has been officially revealed.

The recent resurrection of the official Twitter account for Crysis led to much speculation around the game, and whether or not a new title or even a remake could be coming. According to new leaks, it’s neither, and instead is a remaster that – oddly enough – will be available on every platform. Yes, that includes the Nintendo Switch.

The leak comes from the Crysis website itself, so though I must always warn you to take leaks with a pinch of salt, this one is salty enough on its own.

Going over to the website’s Cookie Policy page reveals a logo for something called Crysis Remastered. Clicking the logo then takes you to the official website for the as-of-yet-unannounced game. Looks like someone over at Crytek did an oopsie with this one.

The official description found on the website reads as follows: “Crytek’s ground-breaking, critically acclaimed first person shooter is back,

“Crysis Remastered is coming to PC, PlayStation 4, Xbox One, and Nintendo Switch – the game’s debut on a Nintendo platform.”

Sounds like we can expect the official announcement sooner rather than later, though at the time of writing, Crytek has yet to comment on the oopsie.

The official Crysis Twitter account has been dormant for the last three years, but all that changed earlier this week (Monday 13) as the team behind the verified account shared a very exciting message.

The new tweet simply reads “RECEIVING DATA,” but it’s more than enough to get fans of the FPS series as excited as anything.

Now it seems we know what all the hype was about! It makes perfect sense if you think about it, as Crysis actually takes place in the year 2020, so why wouldn’t a remaster or re-release happen in the coming months…?