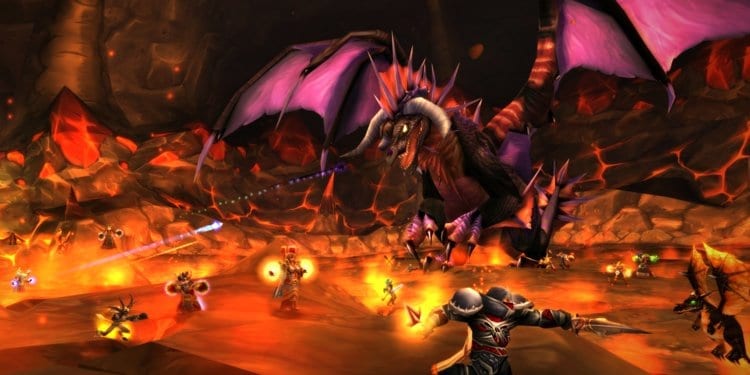 World of Warcraft Classic has been the ultimate hit of nostalgia since it launched earlier this month, but players recently found themselves unable to log in to the game after it was targeted by a cyber attacker.

Players across the globe were affected by the DDoS attacks, but Blizzard has now confirmed that the person(s) responsible have now been arrested by the police.

Writing on the game’s official forums, a Blizzard community manager stated at the time: “Today, Saturday, September 7, the World of Warcraft service has been negatively impacted by an ongoing distributed denial of service (DDoS) attack. For several hours today, we’ve repeatedly seen WoW realms targeted and taken offline by the attacker(s).

“It is our top priority to resolve any issues that prevent players from being able to smoothly play World of Warcraft. However, it is the nature of DDoS attacks that players may experience the game becoming unavailable. If you are disconnected or have issues logging in, please be patient and wait a few minutes before trying again.

“We will continue to work to address the situation. Thank you for your patience and understanding.”

The community manager went on to update players on the situation this weekend, confirming an arrest had been made.

“Immediately after the Distributed Denial of Service attacks against our game service began, the Blizzard Security Team worked around the clock with local and international law enforcement agencies to track down the source of the DDoS,” wrote the community manager. “It is our understanding that, within a few days, authorities were able to successfully identify and arrest a suspect.

“We really appreciate your patience and understanding.”

It’s not known how many players were affected, but it looks like a quick turnaround for the folks at Blizzard and for law enforcement! Hopefully now we can all get back to playing World of Warcraft Classic in peace.