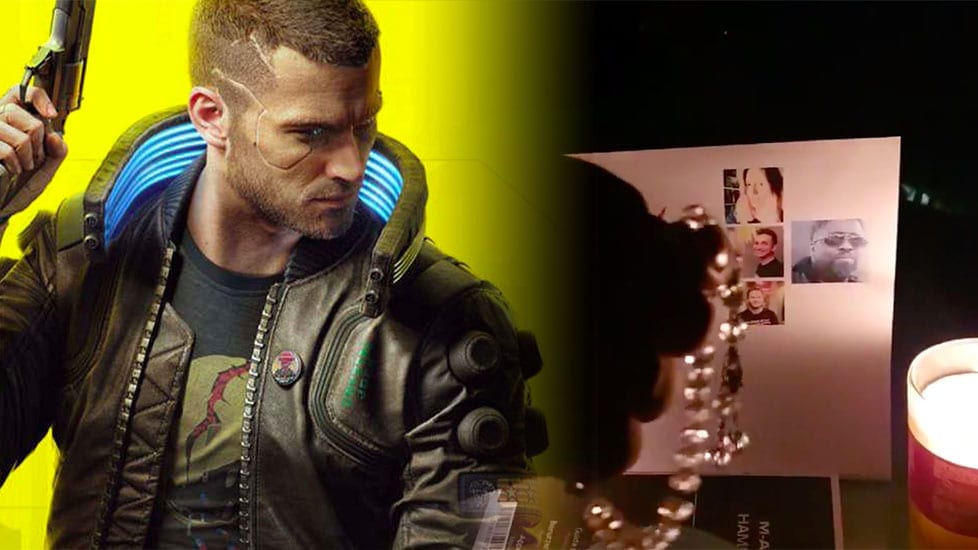 A fan of CD Projekt Red’s dystopian RPG, Cyberpunk 2077, has taken to Twitter to share a ‘ritual’ they performed to help stop another delay to its release. Whether it’ll work or not…well, that’s a different story.

Twitter user @Dcig66 recently posted a short video of them chanting and holding up prayer beads against what appears to be a Cyberpunk-themed “altar” (of sorts). The user chants: “No delay no delay no delay,” before launching into prayer.

Originally spotted by ComicBook, the funny clip definitely hasn’t gone as viral as it deserves, so feel free to give it some love via the tweet below. Hopefully it’ll work, but if not, you can at least have a giggle. (Also I hope this goes without saying, but the video is a joke and isn’t meant to be an attack on any religion or religious group, and isn’t an attack against CD Projekt Red).

Cyberpunk 2077’s most recent delay saw the game get pushed back to November of this year. We’re now nearly into September, and CDPR has confirmed the game isn’t quite as polished as the team would like – especially when it comes to its melee combat.

In a recent interview with VG247, senior gameplay designer Pawel Kapala spoke about the trials and tribulations of developing what’s already one of the biggest games of the generation, admitting that the team isn’t “100% happy” with the game’s melee combat.

Kapala told the publication: “We’re still a couple of months before release, and I’m actually right now working on melee. We’re spending a lot of time trying to perfect that, and we basically, we’re not 100 percent happy, mostly with visual feedback on the hits, on the melee. So, we’re still working on it.”

Although it’s apparently not yet flawless, Kapala confirmed the melee combat has definitely been improved, and continues to do so.

“We’re continuing to work on it. And I’m happy to say that, even right now, it’s much better than it was. And it’s going to get even better. And we acknowledge that this is something that we need to perfect, basically.”

Hopefully it won’t cause another delay!

Cyberpunk 2077 releases on November 19th, 2020 for PC, Xbox One and PlayStation 4. It’s also coming to Xbox Series and PS5, with the update mentioned above due at some point in the future.

A Witcher 3 Developer Is Working On New Fable Combat Mechanics

Cyberpunk 2077 1.2 Update DELAYED Due To Cyber-Attacks