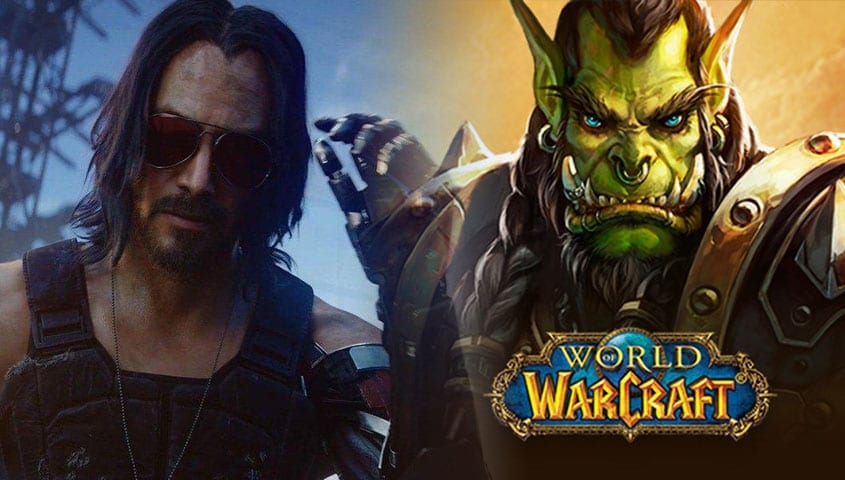 The Cyberpunk 2077 trailer from E3 2018 has been remade using World of Warcraft, and it’s one of the most awesome things that you’ll see this week.

The trailer was created by YouTuber Duren [via TheGamer], and when you compare it to the original 2018 trailer, it’s a near-perfect replication.

Even if like me you’re not a fan of World of Warcraft, you can instantly recognise its iconic visuals and have nothing but pure admiration for the level of dedication that must have gone into creating this amazing trailer.

It’s crazy to me how perfectly this trailer has been put together and it’s been created to such a high standard, you’d be forgiven in thinking that this was an announcement for a brand new game.

If you’re not seen this Cyberpunk 2077/World of Warcraft trailer yet, then you’re in for a treat.

To get a full appreciation of the amazing work done by Duren, who created this trailer using a World of Warcraft machinima maker, I’ll include both the WoW trailer and the original Cyberpunk 2077 trailer from 2018 below.

Just recently it was revealed that a developer at CD Projekt Red has put at least 175 hours into Cyberpunk 2077 – and still hasn’t finished it yet.

Keanu Reeves, who plays Johnny Silverhand in the game, has also apparently loved what he’s played so far. CD Projekt Red president and CEO Adam Kiciński recently told investors that Reeves has “played the game” but noted that, as far as he knows, Keanu “[hasn’t] finished yet.”

“Definitely, he played the game and he loves it,” said the CDPR chief.

Are you impressed by the Cyberpunk 2077 trailer created in the style of World of Warcraft?  Let us know by reacting to our Emoji’s below.