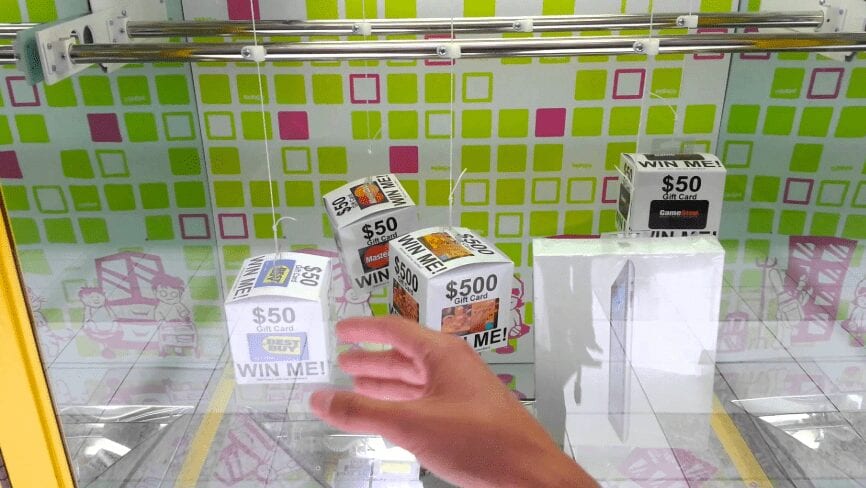 A father in New Hampshire has been caught on camera using a young toddler to steal Nintendo consoles from a prize machine. 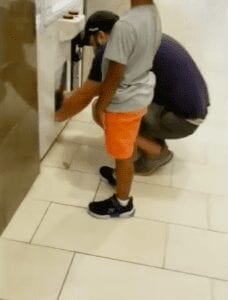 According to a report from Union Leader (via Kotaku) the father “fed [the toddles] into an arcarde game,” with witnesses confirming the duo stole a Nintendo Switch and what they called a “GameBoy DS,” which could be any number of things really.

He was said to be accompanied by another young child who watched the proceedings.

The haul was taken from a BarBerCut Lite machine, an arcade machines created by Bandai Namco Amusement America, Inc. 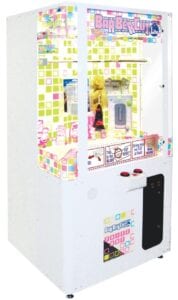 Union Leader adds that “unlike the more common claw machines where players use a joystick to control a claw and try to pick up a stuffed animal or other low-cost prize, the BarBerCut has two red buttons players use to manipulate two pairs of scissors to cut a string suspending a more valuable prize, like a game system or other high value electronics.”

Police are currently on the lookout for the suspect, with the Salem NH Police Department sharing the following video to its Facebook page.

The video, which is quickly going viral, sports the caption: “Attached is a video from the incident Saturday night at the Mall at Rockingham Park.

“The video has intentionally been blurred out to protect the identity of the involved children. Anyone who recognizes the suspect in this case is urged to call Detective Dempsey at 603-890-2343 or message us here on Facebook.” 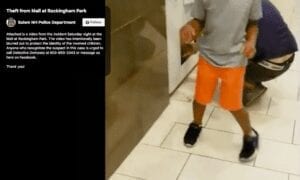 Aside from being highly illegal, the stunt could have ended badly for the child in question, and comments on the Facebook post quickly turned into a debate as people wondered why the incident was filmed without anyone stopping the father.

Check out the Salem NH Police Department video above and let us know what you think about the stunt.