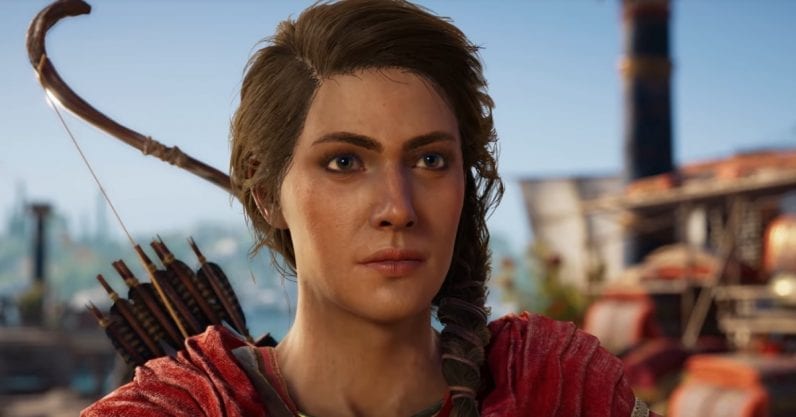 For those wondering if it makes sense for Kassandra to feature in Valhalla, considering that Odyssey is set around 431 BCE, and Valhalla around 872-878 AD, there is an explanation. Well, kind of.

Here is where we go into spoilers, so take this as your third warning. Thanks to the Staff of Hermes in Assassin’s Creed: Odyssey, Kassandra is pretty much immortal. So, with a little bit of juggling, Ubisoft could suit the lore to accommodate Kassandra in Valhalla.

The leak suggesting that Kassandra will feature in Assassin’s Creed: Valhalla in future DLC is courtesy of YouTuber, J0nathan. While we must take all rumours and speculation with a pinch of salt, J0nathan has been correct with his leaks once or twice in the past.

In a recent episode of Assess the Animus, J0nathan and other members of his online community claim to have discovered a conversation between Kassandra and Eivor during a questline.

The second major expansion “The Siege of Paris” releases next week on August 12th. It is very unlikely that Kassandra will feature in that expansion. However, Ubisoft has stated that Assassin’s Creed: Valhalla will get further expansions in 2022. So, it is possible that Kassandra might make her triumphant return next year.

Are you excited at the prospect of Kassandra returning in Assassin’s Creed: Valhalla? Let us know across our social media channels.