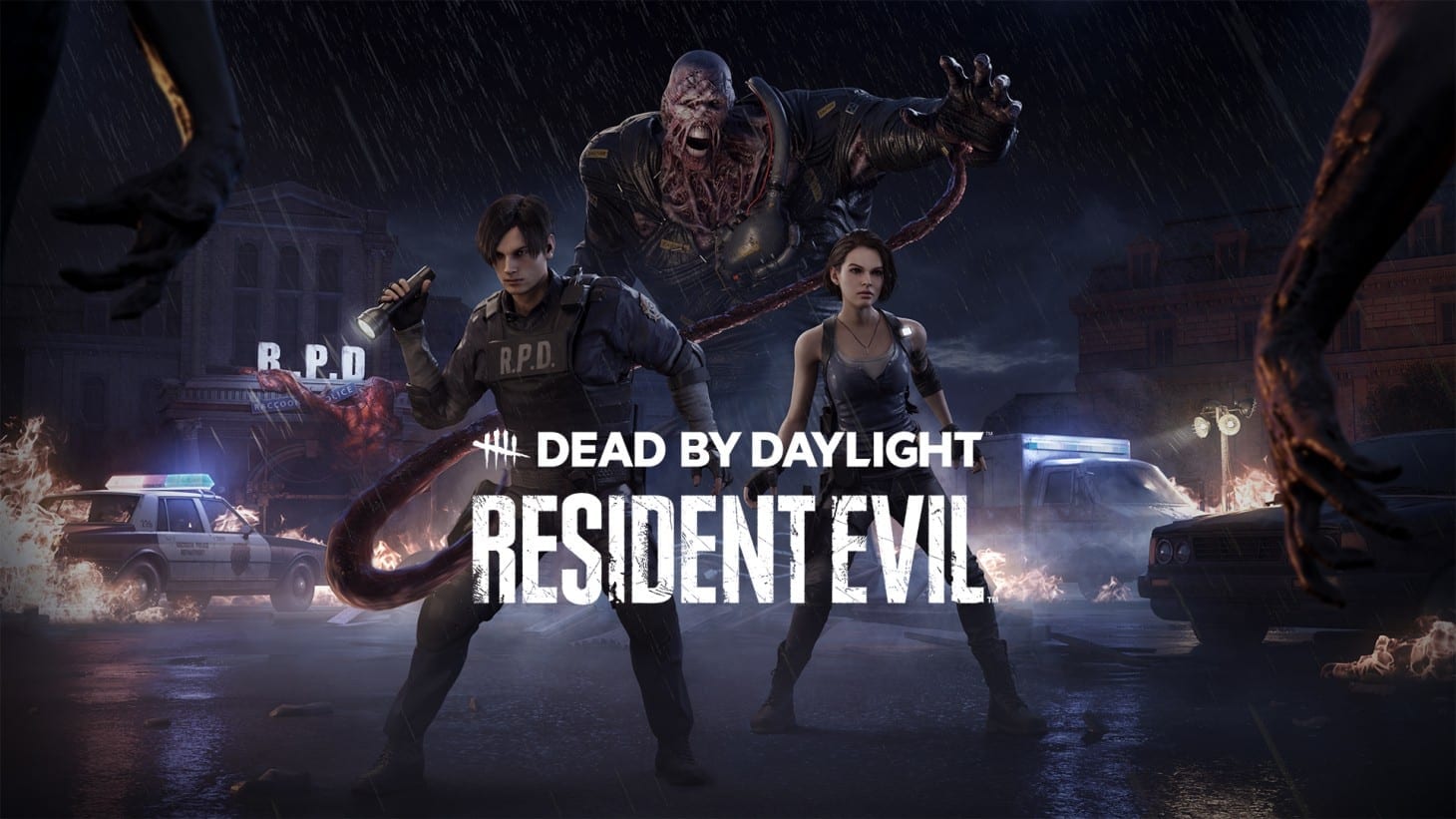 Dead by Daylight is getting some Resident Evil DLC and while it looks great, however, it features no Lady D!

Dead by Daylight is an asymmetric multiplayer survival game in which a group of four human-controlled players must work together as a team to make it out of the arena alive.

Against them on the opposing team is a single player that takes control of an overpowered enemy (often a monster) that must stop the team of survivors from escaping from the map.

Ever since Dead by Daylight released in 2016 (and is now celebrating its fifth anniversary), it has had some fantastic collaborations with franchises such as Silent Hill, Stranger Things, Halloween, and the most recent being Resident Evil.

The new Resident Evil DLC will allow players to control series heroes such as Leon S. Kennedy and Jill Valentine, and on the opposing team is the menacing Nemesis! If the Nemesis wasn’t enough for the team of survivors to deal with, the map will be littered with AI zombies.

The map in the recently-released reveal trailer also features the Racoon Police Department from the 2019 Resident Evil 2 remake, and it looks fantastic.

Unfortunately as covered by PCGamer, as fun as this Dead by Daylight DLC appears to be, the DLC doesn’t include our beloved Lady Dimitrescu! How disrespectful!

Dave Richards, the creative director of Dead by Daylight said that they intend the Nemesis to “feel like the ultimate pursuer.”  While that may be true in some respects, we want to be chased by Lady D!

As PCGamer points out, however, this Resident Evil DLC was put into motion way before Lady D became an internet sensation. So, when Richards was quizzed on the prospect of Lady D featuring in future DLC he said “I can’t answer that today,” so does that mean there’s a chance that the Lady D DLC might happen?  Only time will tell.

The Dead by Daylight Resident Evil DLC will be released for PC and consoles on June 15th.

Do you want to see Lady D in Dead by Daylight? Of course, you do! If not, then why else would you be here?