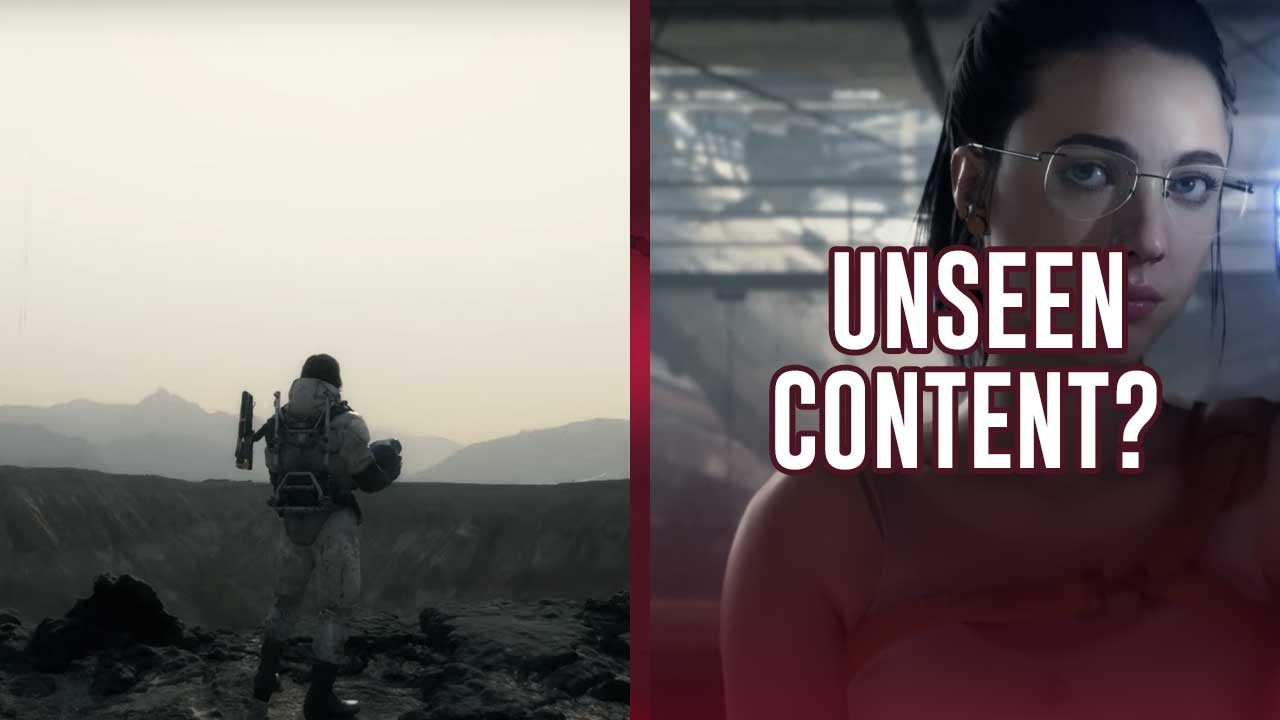 The Death Stranding Director’s Cut seems to be adding much more content than we first thought, with more than just new missions coming to the PS5.

Announced during The Game Awards, Death Stranding’s Directors Cut seems to be bringing a plethora of unseen content to the table. While we previously thought we’d just get a bunch of extended missions and cutscenes, Kojima seemingly left a lot of gameplay additions out of his original vision.

Sony’s State of Play event this evening gave a look at what we can expect to see from Death Stranding’s Directors Cut. Let’s start with the big picture stuff.

There will, of course, be brand new story missions to play through. From the trailer, these look as though they’ll provide some deeper insight into Death Stranding’s iconic characters. Several weird and wonderful environments are on show – hopefully we’ll be doing some more time-jumping like we did in the original cut?

Alongside the new missions are all new battles. If you’ve played through the game before, you’ll likely still have the boss fights seared into your memory. They were certainly one of the highlights that punctuated the long hiking sections. It looks like we’ll be fighting even more massive slime monsters, one of which seems to resemble those flying things from Morrowind.

What About The Gameplay?

Beyond narrative content, Kojima Productions have also made a few additions to the gameplay. You’ll be able to punch even harder with an upgraded melee ability.

A couple of new weapons have also made their way into the arsenal. There’s the ‘Maser Gun’ which locks onto enemies with a sort of plasma beam. A mounted machine gun can now be deployed to help with bandit camps.

All of the weapons can now be tested in a firing range facility, should you feel like you could do with some practice.

You’ll have plenty of new gadgets to experiment with when it comes to getting around the map. We spotted the cargo catapult, which can fling resources great distances across the world. Best of all, there’s a buddy bot, who is basically just the bottom half of an android. It doesn’t just carry extra cargo as it walks alongside you, it can carry you you if your legs get tired. Sweet.

Vehicles more your bag? You’ll be pleased to see that a jump ramp structure will help you cross large canyons. Stick the landing, and you’ll be delivering cargo in style. Races are now a feature too, with the Fragile Circuit bringing several race courses to the game.

I’ll be honest, in my opinion, that’s a lot more content than I expected to be included in the Death Stranding Director’s Cut. We don’t have to wait too much longer either! It’s out on September 24th, exclusively on PS5.

Will you be picking up Death Stranding Director’s Cut? Let us know across our social channels.