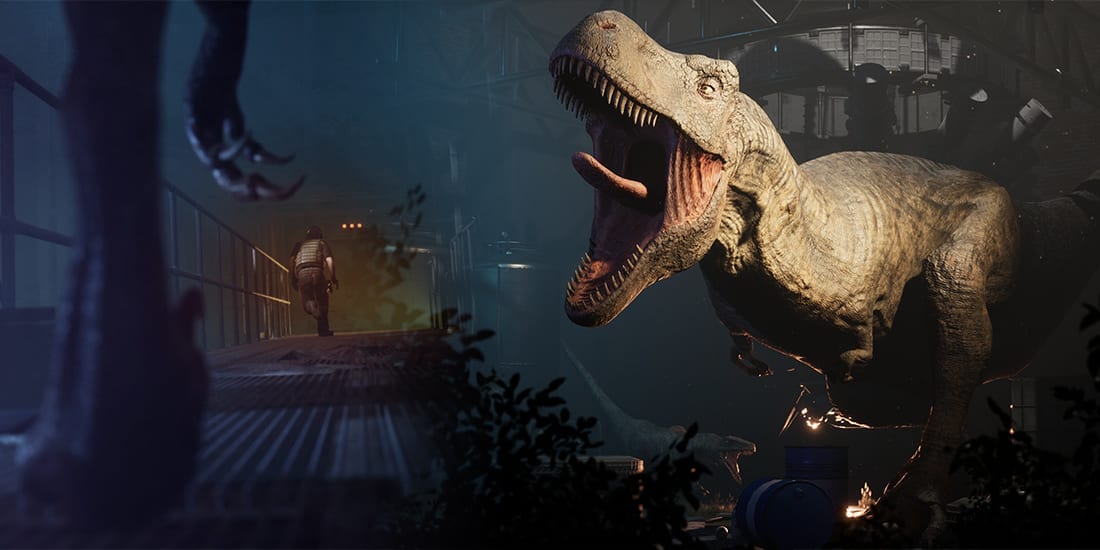 Upcoming survival horror game Deathground has been in the headlines for all the right reasons over the past couple of months, with fans eager for more news on the newly-announced game.

Taking inspiration from the likes of Capcom’s Dino Crisis, Deathground promises to deliver terrifying dino-based gameplay with some serious multiplayer mayhem, and the response to the title has been nothing short of phenomenal.

Deathground recently obliterated its Kickstarter goal, and it’s already one of the most exciting projects on our radar. Our sister site FragHero recently had the opportunity to chat with Deathground’s Dan Da Rocha, Studio Head at developer Jaw Drop Games.

Describing the game as being all about “terror, teamwork and emergence,” Da Rocha spoke about the game’s reception, its inspirations, and what’s happening next.

We wanted to know just how the team feels regarding the game’s absolutely stellar performance on Kickstarter.

“We did think there would be an audience for it, but we weren’t really expecting such a response so quickly,” says Da Rocha, speaking of the 3000-plus backers and over £100,000 GBP in funds raised so far. “We’re really humbled and excited about where things can go now.”

Deathground is already being heavily compare to Dino Crisis, but that’s definitely not the only game Jaw Drop has been influenced by.

Da Rocha explains: “Dino Crisis and Jurassic Park are huge inspirations of course, but you can also see that non-dinosaur titles like Alien Isolation, Left 4 Dead and Dead by Daylight also come into the mix and help keep the gameplay fresh too.”

Deathground promises to deliver exciting and horrifying gameplay, whether you’re facing off against a giant T-Rex, or running from hordes of smaller dinos.

“The game is designed in a way where there’ll be different types of challenges and terrors,” Da Rocha says. “For example, the scale of the T-Rex is terrifying and the chance to simulate what that feels like with modern graphics, AI and animation, is incredibly exciting.

“At the same time, the T-Rex is limited by its size and some weight. Perhaps the Compsognathus, smaller dinosaurs that can follow you into crawl spaces and swarm you, might actually be more terrifying!”

As for the future of Deathground, it’s now headed straight into full development, so we can definitely expect to see and hear more over the coming months.

“We’re really blown away by how quickly a community has come together around the game and are super grateful for everyone’s support,” Da Rocha says. “We’re very excited to be working on the project and can’t wait to hunker down into full development.”

Find out more about Deathground and keep on top of its development over on Discord, or watch FragHero’s interview below!