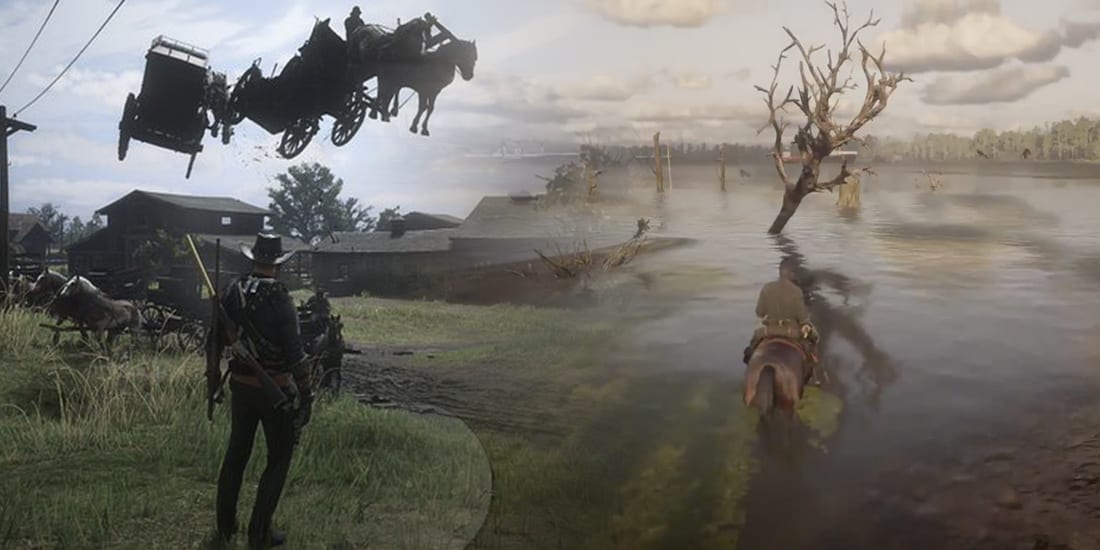 The game’s latest 1.21 update went live late last month but console players were left laughing as reports of dancing corpses, flying carriages and even alligators raining down on the map flooded social media.

In a new blog post, Rockstar Games has confirmed it will roll back the update until a fix can be implemented.

In a statement spotted by VG247, Rockstar said the following: “We have reverted back to the previous version on those platforms, initially launched on July 28. This should address these recent issues and restore stability. Meanwhile, we will continue to work to eliminate any remaining issues through future updates.”

As reported by Kotaku, some of the game’s biggest (and most hilarious bugs) include the dead bodies with some serious rhythm, and what I’m going to call the “cloudy with a chance of alligators” bug. Check them out in action in the tweets below.

Along with these weird and wonderful glitches, the game update also introduced some more typical errors and bugs, including connection issues, lower than average animal spawns, issues with pitching Camps and problems entering Moonshine shacks.

It seems as though most of the issues have been on the PlayStation 4 and Xbox One versions of the game, with PC players unaffected.

Hopefully Rockstar will be able to get a fix in place soon so that everyone can enjoy the new content the update was set to introduce. This included the new Naturalist Frontier Pursuit, which is now temporarily gone from the console version of the game.

Have you been playing Red Dead Online and did you experience any of the strange phenomena outlined above? Let us know over on Twitter!