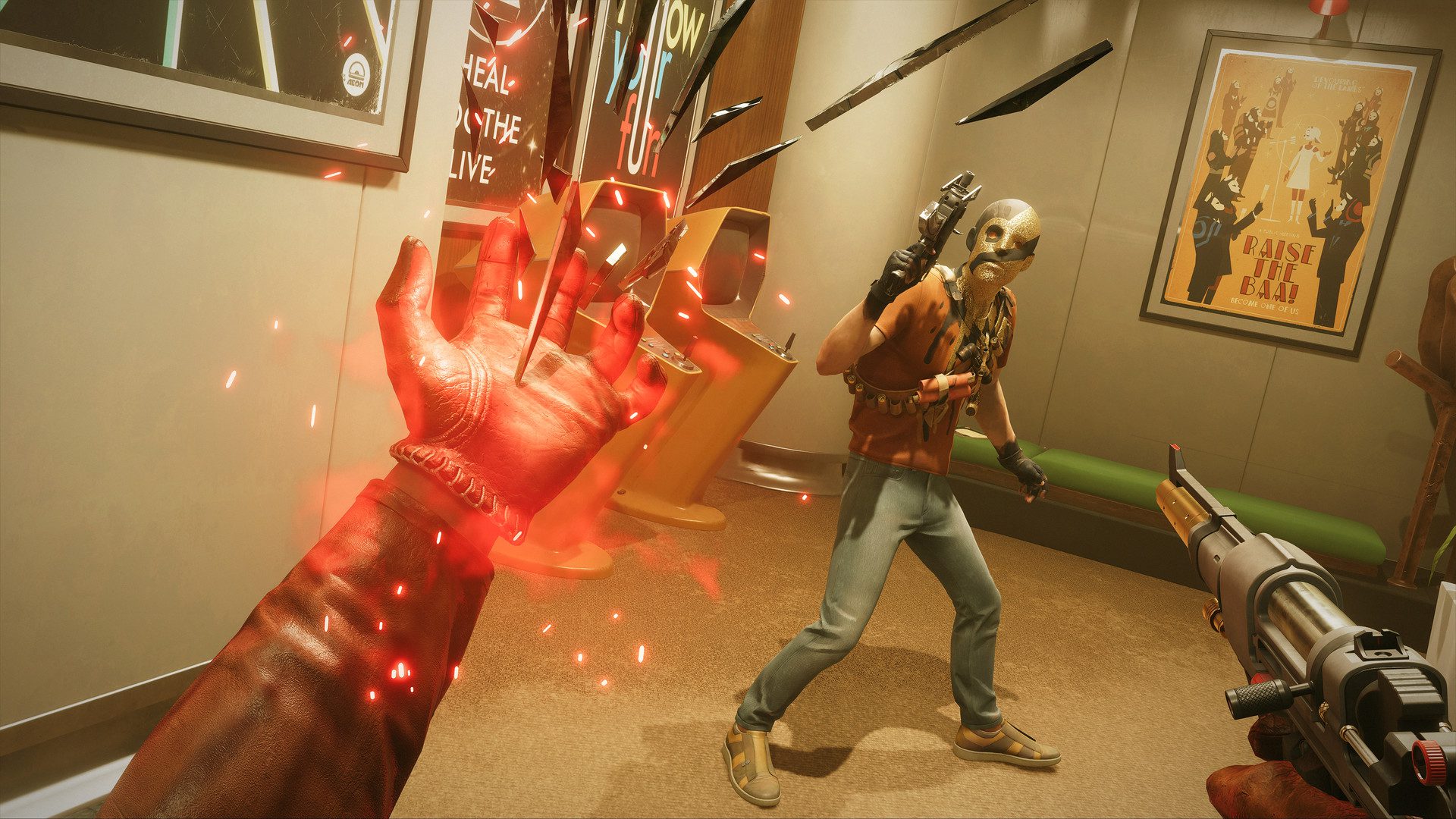 Deathloop is an incredibly open-ended game which can make it hard to know exactly where to begin. The game overwhelms you with information at the start before setting you up with the basics and sending you on your merry way.

We’ve already written up a guide to six things that we wish we knew before starting Deathloop. However, players might still be wondering where exactly they should head first in Blackreef’s four districts and time zones. Of the eight Visionaries you’re tasked with killing, there are three that will help you get ahead in the early hours of the game.

Though it can be tempting to begin unravelling the mystery of Blackreef’s time loop, you’ll find it much easier if you start by building up your arsenal. This is achieved by acquiring and infusing the several Slab’s carried by six of the Visionaries on the isle. Here are the three we think are best you seek out first!

A handy one to acquire first is the Nexus Slab. This one allows you to chain the fates of enemies together. Casting it on a group of enemies and if one dies, they all fall. You’ll find Nexus especially useful for getting rid of large enemy groups. These can be pesky while trying to traverse through the more tightly packed spaces that Deathloop offers.

To unlock the Nexus Slab, you’ll need to take out the Visionary Harriet. She only ever appears in the morning at Karl’s Bay. Progress through the series of warehouses on the dock until you see her performing some kind of ritual with a group of Eternalists. You’ll need to sneak into the back rooms of the warehouse to take her out. Once you do, you’ll obtain the Nexus Slab and enough Residuum to infuse it for future loops.

Veteran players of Dishonored will want to make a beeline for this one as it’s essentially the same power as Blink. It allows players to move instantly over a short distance and is especially powerful for sneaking and reaching new places.

This one is held by the Visionary Charlie. He hides away in his own little tower, just off the streets of Updaam at noon. He’s a tricky one to pin down without the right weapons, so you might want to stock up before making an assault on his tower. Once you’re in, you’ll be faced with a series of floors dressed up to look like escape rooms. Clearing out all the Eternalists in there will draw Charlie out, but the challenge isn’t over yet.

Charlie will use the shift slab to teleport all around one of the rooms, which can make him tricky to pin down. Just be patient and patrol the corridors, waiting for him to teleport near you. If you get lucky, you’ll be able to take him out swiftly from behind. Again, you’ll want to infuse this Slab as soon as possible to retain it for future loops.

Another useful ability for stealth is the Aether Slab. This one turns Colt almost invisible – almost being the operative word. You won’t be completely invisible while using this ability, but enemies will take much longer to notice you. For when you’re trying to stick to a stealth run, Aether is a must have ability.

You can find the Aether Slab on Egor, who dwells in The Complex during the evening. Luckily, he’s super easy to find. You can find him wandering around an open field without a care in the world right after you exit the tunnels. Sneak up behind him for an easy kill and the Aether Slab will be yours.

Of course, an alternative way to obtain these Slabs is to kill Julianna when she invades your game. She drops a random Slab each time, though, so it’s not guaranteed that you’ll get the one you’re after. Just be sure to infuse these abilities as soon as possible so that you can retain and upgrade them in future loops.

Once you’ve obtained the basic versions of these Slabs, you can repeat the steps to obtain them once again in future loops. Doing so will unlock upgraded versions that further enhance their powers.

Did you find this guide useful for getting started with Deathloop? Let us know across our social channels.