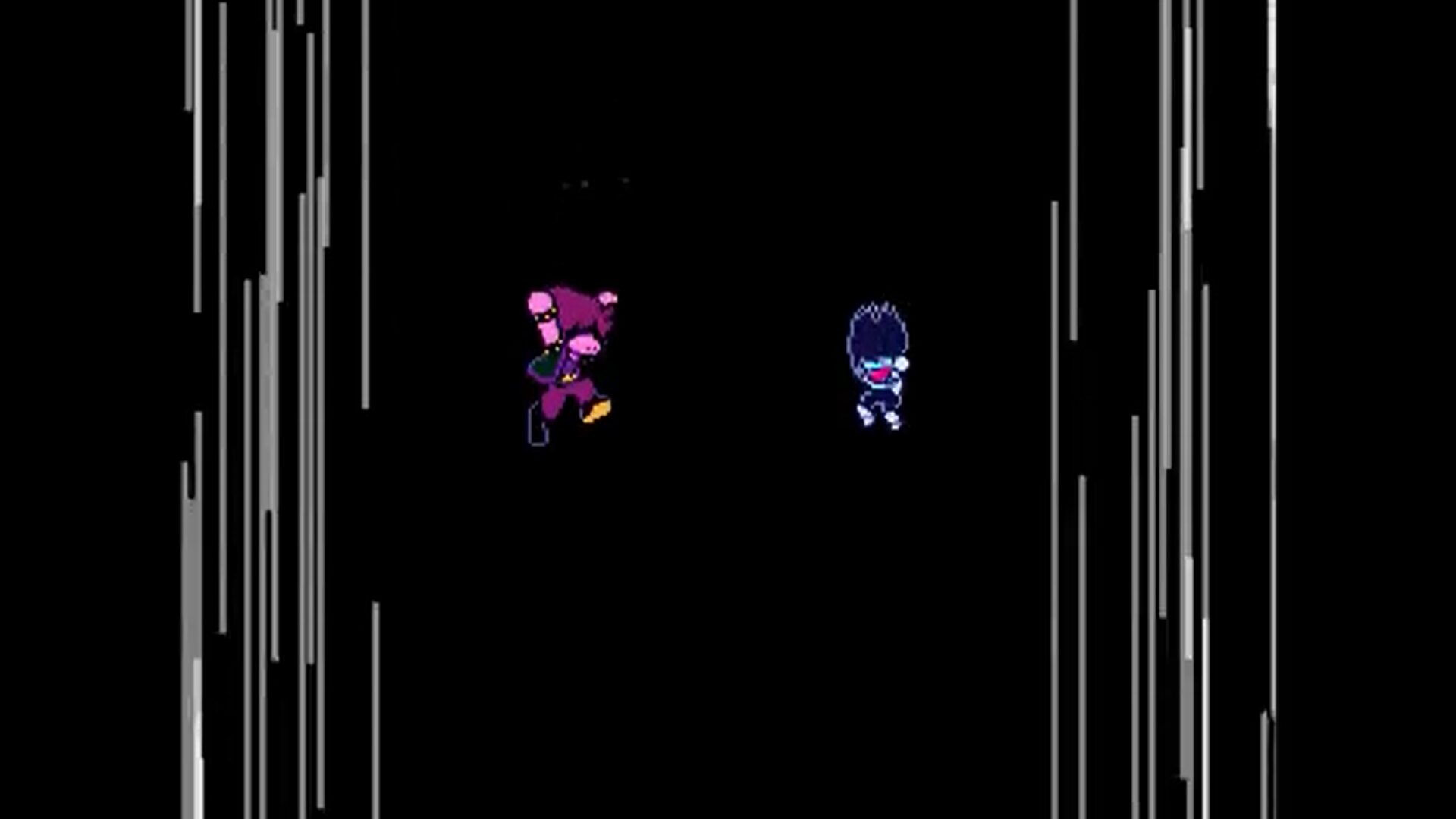 With almost zero build-up we’re getting an Undertale follow up this week! Deltarune Chapter 2 is coming out on 17 September (that’s today!) and we are hyped.

Toby Fox, the creator of Undertale, made the announcement about the upcoming Deltarune Chapter 2 on 15 September via Twitter. You can see the very short clip of the game here – but you won’t have to wait long to play the game! It will be out on 17 September at 8pm (EST).

What does Deltarune Chapter 2 have in store?

Undertale was a stealth indie hit. When it was released in 2015, it quickly became beloved by critics and players alike. When Toby Fox released Deltarune, fans of Undertale were incredibly excited. While Deltarune appears to be set (roughly?) in the same universe as Undertale, it begins with the characters falling into a place called the ‘Dark World’. Perhaps this explains the dark, off-kilter tone of Deltarune – many pointed out that its name is an anagram of Undertale, and perhaps it is set in a mixed up or alternate universe version of Toby Fox’s first game. Either way, we’re excited to see what Deltarune Chapter 2 will bring!

It’s fitting that Deltarune Chapter 2 has been sprung on us – the first chapter was also a surprise release. Deltarune Chapter 1 came out in April 2018 – so we’ve been waiting for three years to continue the game. It looks like this won’t be the last instalment either – Deltarune’s website explains: “There are planned to be more chapters than Chapter 2. However, we’ve only completed Chapter 2 so far, so please be patient.”

The last chapter is still available for free on PC, Mac, Switch and PS4. Kotaku preported that the Deltarune Chapter 2 will only be available on PC and Mac when it’s first released.

Are you excited to play the next Chapter of Deltarune? Let us know how you’re getting on via our social media channels!