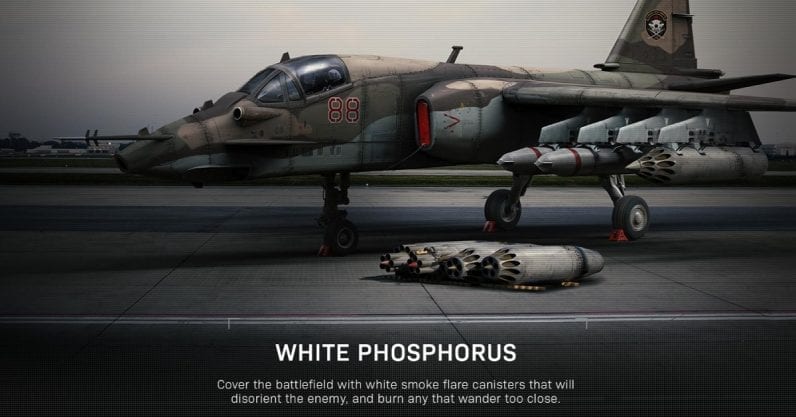 While most of the gaming community is more than a little excited for the upcoming Call of Duty: Modern Warfare, there are some people that are pretty upset with one of the game’s additions.

Modern Warfare is set to include a White Phosphorus killstreak, which has raised a lot of eyebrows thanks to its controversial nature.

White phosphorus is a real-world weapon that’s often used to devastating effect. Not only has the weapon been used IRL against enemy combatants, but it’s also been used against civilians.

Exposure to white phosphorus has been known to cause “burns and irritation, liver, kidney, heart, lung, or bone damage, and death.”

Despite receiving quite a lot of backlash for the killstreak in the game, both developer Infinity Ward and publisher Activision have remained pretty tight-lipped on the matter…until now.

Multiplayer design director for the game, Geoff Smith, spoke with VG 24/7 in a recent interview, where he opened up about the addition to the game.

“Our game is more about two sides, that there is no good guy or bad guy, you play on either one. We’re just creating this playground to play on,” Smith said.

“I always felt like in the previous games that multiplayer is like the distant weapon fire that you hear a few blocks away from where the single player is.”

Smith also made the point that CoD games in the past have included destructive weapons like game-ending nukes, which didn’t receive the same criticism.

“Maybe people are reacting to the photogrammetry, the more realistic visuals. Maybe if it was more cartoony would that be more acceptable?”

Smith revealed that using White Phosphorus “does a strip of damage, the smoke plumes come out, and there are just little hotspots of burning embers.”

No burning animations will accompany the use of the weapon.