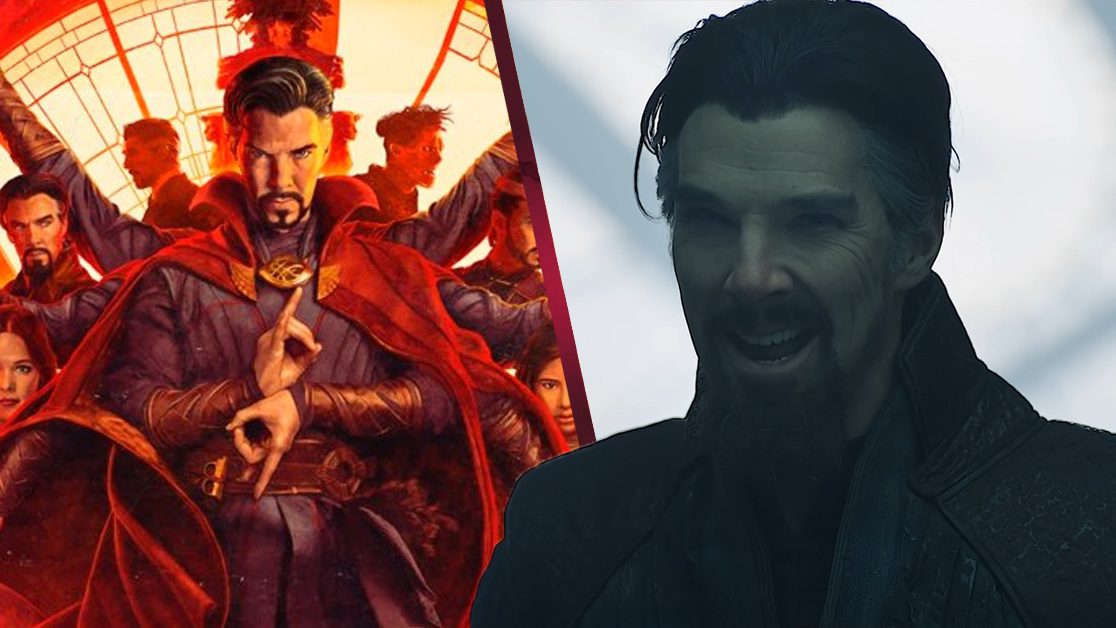 It seems that Doctor Strange in the Multiverse of Madness originally had a darker, alternate ending.

A word of warning: there will be some spoilers for the end of Doctor Strange in the Multiverse of Madness.

While the first few phases of the Marvel Cinematic Universe was more focused on setting up the cosmic universe, the current phase is more about the multiverse. Obviously that comes into full focus with the latest Doctor Strange film. And as a result of this dimension hopping shenanigans, Strange himself is now feeling a bit worse for wear due to the Darkhold.

However, according to screenwriter Michael Wladron speaking on the film’s audio commentary, the ending was a lot darker originally (thanks, IGN). In the movie, Strange meets another version of himself, Sinister Strange, who obviously is a bit evil. Sinister Strange is from an incursion universe, one that has essentially been completely destroyed.

what did waldron say?

According to Waldron, the ending originally had the main Strange swap places with Sinister Strange. “Strange gets trapped in that [incursion] universe,” said the screenwriter. “And then [Sinister Strange] turns around, and the third eye opens.”

Waldron also said that this would be paired with the laugh of Vincent Price, as a nod to the actor’s vocals in Michael Jackson’s Thriller.

Of course, what actually ended up happening was the third eye opening up on the Strange we’re more familiar with. “That’s the bill coming due,” Waldron said to ComicBook. “As Wong says, ‘You used the Darkhold to possess your own corpse.’ Surely, there must be some fallout.“

What this means for the cocky wizard remains to be seen. But it’s unlikely Marvel will keep it secret for too long. We also don’t know whether his story will continue in his own film, or in a separate one.

But again, it’s all likely part of a bigger plan from Marvel for this phase of the cinematic universe.

Now we just need to hope that someone at Marvel addresses whether or not the film took inspiration from an indie game.