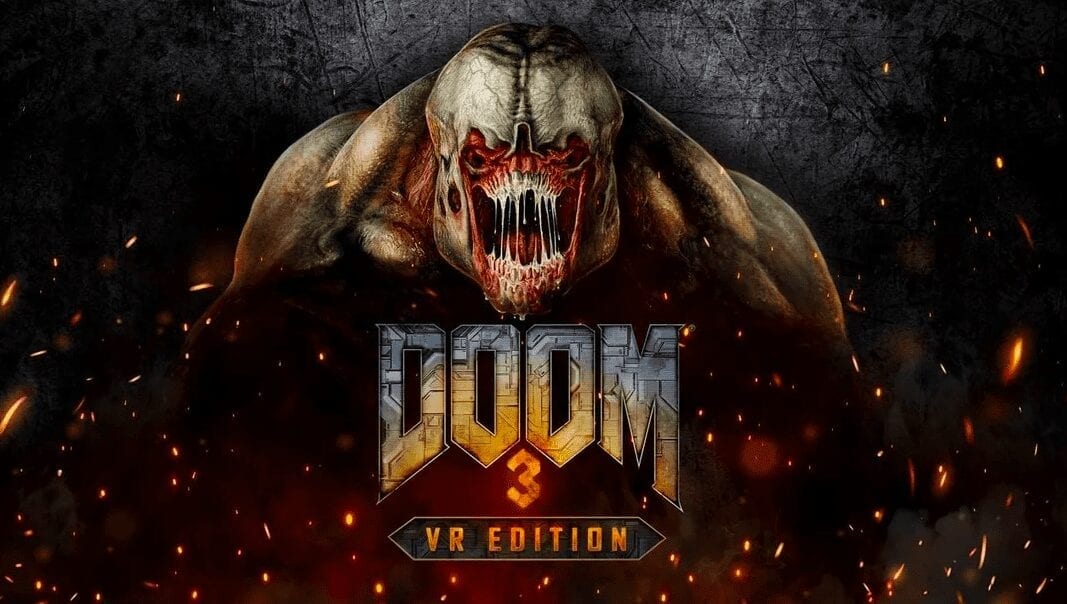 A new version of DOOM 3 has been announced for PlayStation 4, in the form of DOOM 3: VR Edition.

“Take a trip to Mars you won’t soon forget with the power of PlayStation VR and Doom 3: VR Edition. The game arrives March 29 for PlayStation 4 and is backwards compatible on PlayStation 5. Take your Aim controller in hand, put on your PS VR headset, and step into the armored boots of The Doom Marine. Fight for your life as one of the few survivors left in a UAC facility overrun by demons.”

DOOM 3 first released way back in 2004 and has since seen various ports on a multitude of platforms. This latest venture to mars promises to enhance the experience even more by using the power VR:

“Feel even closer to the terror with all-new VR enhancements that allow you to peer around corners, angling your shots with flashlight-mounted weapons using motion controls, 180-degree quick-turn functionality to catch demons sneaking up from behind and an immersive wrist-mounted display to track your health, armor and ammo. Combined with the original Doom 3’s critically acclaimed blend of action and horror gameplay, virtual reality fans are in for one Hell of an experience with Doom 3: VR Edition.”

The new VR game will include all of DOOM 3’s expansions and will be fully optimised for VR. Transforming DOOM 3 into a VR experience could breathe some life into the game’s horror elements, which are more prominent than the likes of DOOM (2016) and DOOM Eternal.

DOOM 3 is something of a weird middle child in the series, with gloomy visuals and a sci-fi horror aesthetic that hits differently from the rest of the series.

While the DOOM franchise’s future on PlayStation is currently uncertain, thanks to Microsoft’s acquisition of Bethesda, it’s nice to see that DOOM 3 is still relevant.

Doom 3: VR Edition arrives March 29th for PlayStation 4 and is backwards compatible on PlayStation 5. Will you be picking it up?