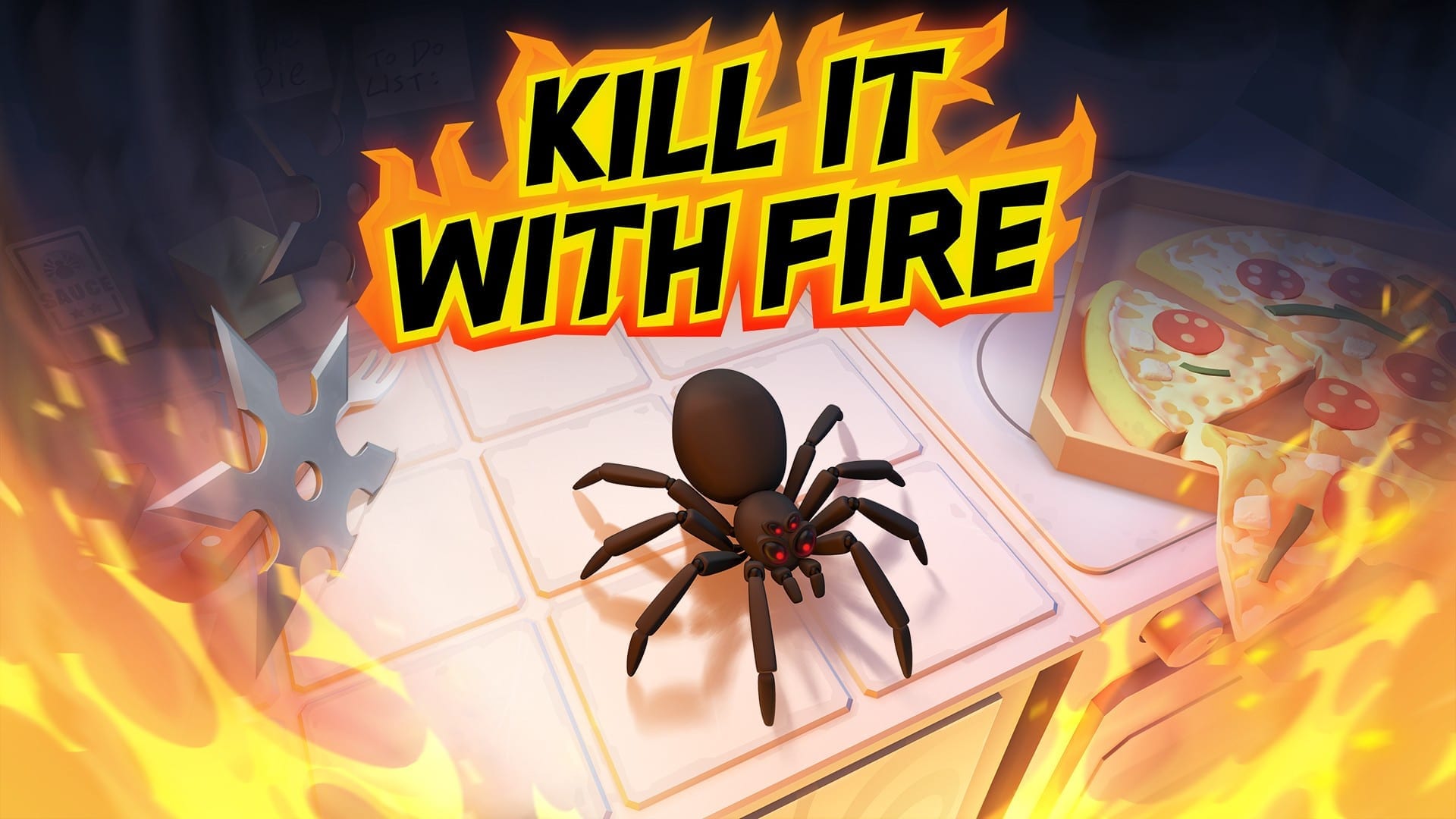 Indie sensation Kill it With Fire has now arrived on console, so if you’re feeling brave, now’s the time to act!

Developed by Casey Donnellan Games and published by tinyBuild, Kill it With Fire is a first-person, action game that was released last year. Previously only available on PC via Steam and the Epic Games Store, it’s now crawled onto Xbox, PS4 and Nintendo Switch. Rejoice!

“Ready your flamethrowers and ninja stars, @KIWF_Game arrives on @Xbox on March 4th!

“Hunt spiders with zero regard for collateral damage and become a licensed exterminator. Act quick before they skitter toward us!” announced tinyBuild on Twitter.

In Kill it With Fire you must hunt down and destroy hordes of spiders, no matter the cost of collateral damage. As you can imagine, it’s a favourite with streamers, though it’s definitely not one for arachnophobes!

“Assemble your arsenal of increasingly excessive weapons, track spiders across suburbia, and burn everything in your path!” says the game’s description.

Kill it With Fire features dozens of weapons, creepy crawlies, gratuitous chaos and destruction, plus a “realistic” fire simulation system. Most importantly, we’ll finally learn the truth about those pesky spiders and what they get up to!

To be honest, the more I read about Kill it With Fire, the more that it sounds like a factual documentary.

Personally, I hate spiders, I really do. As much as I’d love to get revenge on them scaring the jeepers out of me my whole life, I think I’d rather be stalked by a Xenomorph in Alien Isolation.

Hopefully, now that this spider simulator has made its way from PC to console, you might learn how to face your fears! If not, don’t worry. The game has a special mode for arachnophobes, so everyone can play!

Kill it with Fire is out on Nintendo Switch, PlayStation 4, Android, Microsoft Windows and Xbox One from March 4th.