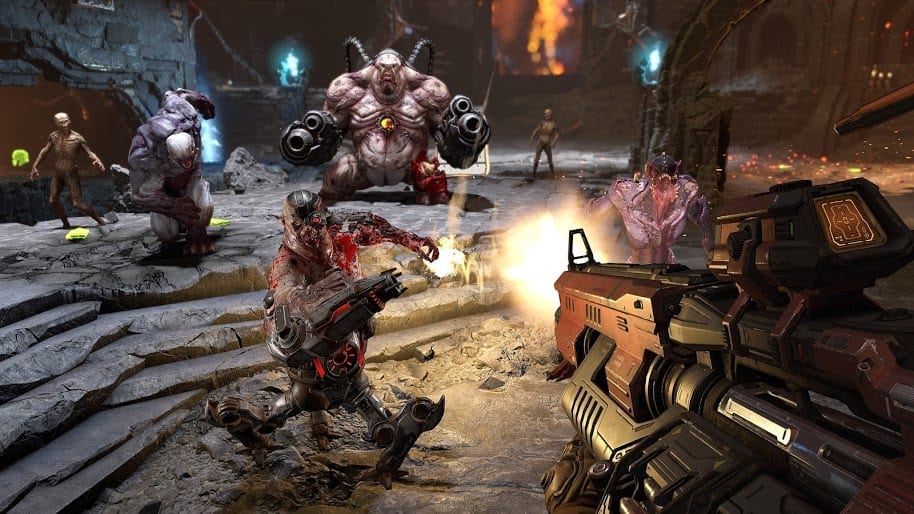 DOOM Eternal managed to make $450 million without the use of microtransactions, according to iD Software’s Product Management Lead [via GamingBible].

The achievement proves that games don’t need to sell additional content to make money. iD Software’s first-person shooter has completely shattered this theory, raking in around half a billion dollars in revenue.

The information was shared by iD Software’s David Saunders via a Linkedin bio update, which was spotted by eagle-eyed Redditor I_love_to_please.

Here’s what Saunders added to his Linkedin bio:

No wonder Saunders is boasting. The Product Management Lead has since moved to Gearbox Publishing and is performing a similar role for games like Borderlands. Gearbox’s cell-shaded shooter has stepped away from microtransactions that affect gameplay. Borderlands 3 now only has cosmetic items available for purchase.

With Saunders joining the Gearbox team, perhaps the temptation to revert back to pay-to-win microtransactions will be stopped.

Whether or not the industry is drifting away from Microtransactions remains to be seen. If anything, DOOM Eternal’s success sets a precedent, one that proves that games can be profitable at their current price point.

Fancy a trip to hell? Why not pick up a copy of DOOM Eternal at the GameByte Shop!