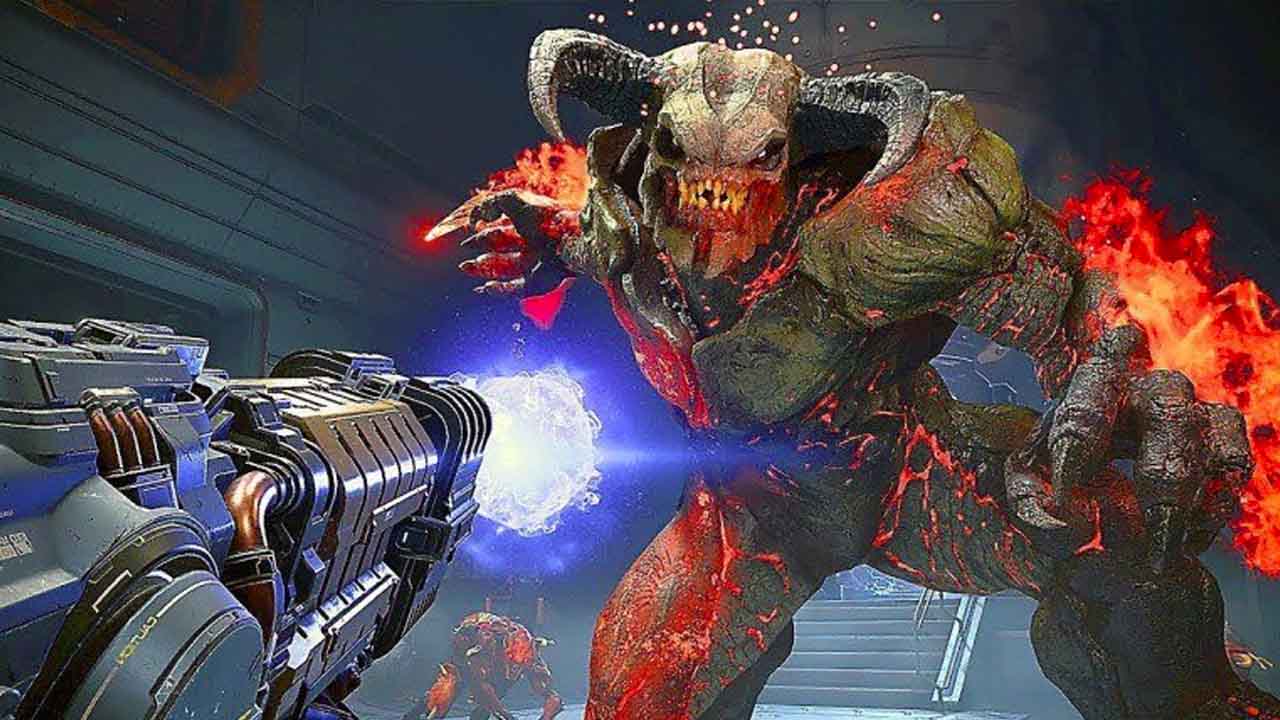 Flash back to the 2016 reboot of DOOM and players had a hugely impressive, critically acclaimed return to form for the iconic franchise.

The single-player campaign was a particular high-point, so it’s no surprise that DOOM Eternal looks set to build on some of that magic.

With the 2016 game, the campaign clocked in at around the 10 to 12 hour mark, whereas Eternal is said to take between 18 to 22 hours, which is definitely satisfactory.

Stratton told QConForums at this year’s Quakecon:”It’s definitely bigger than Doom 2016, longer. I think the way we’re challenging players will probably make it play a bit longer. My guess right now is it’s in the 18-22 hour range on a pretty complete playthrough.”

Bethesda had previously stated that it will be “More powerful” and have “Twice as many demons” as the first reboot of the series, so we have pretty high hopes for what’s in store.

The game’s official synopsis reads: “DOOM Eternal puts you in control of the DOOM Slayer as you blow apart new and classic demons with powerful weapons in unbelievable and never-before-seen worlds. Experience the ultimate combination of speed and power as you rip and tear your way across dimensions with the next leap in push-forward, first-person combat.”

The official DOOM Twitter account has also shared a clip of the ‘Doom Hunter’, one of the game’s newer enemies.

The DOOM Hunter, one of DOOM Eternal’s new enemies and most formidable foes. pic.twitter.com/pr4uD5bqWU

DOOM Eternal will land on PlayStation 4, Xbox One, PC, and Nintendo Switch on November 22