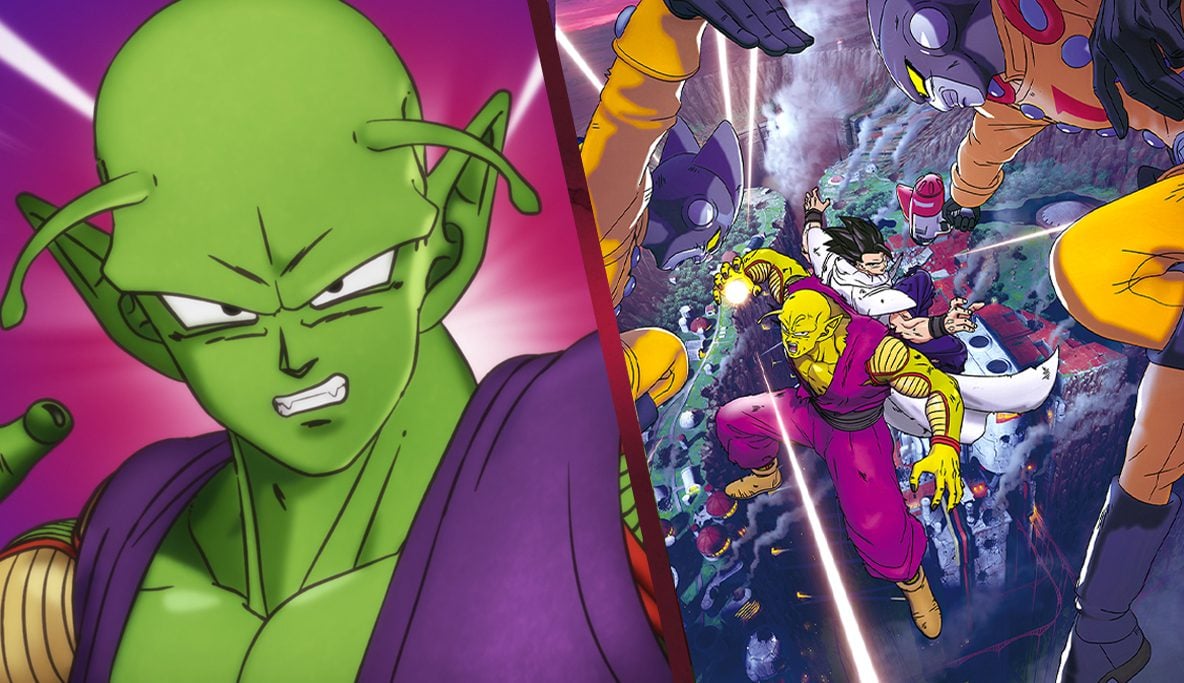 Is the latest Dragon Ball movie is best one yet? It’s time to find out in our Dragon Ball Super: Super Hero review!

Dragon Ball movies have never been made for newcomers, each being instead complimentary to enjoying the overarching story of the several anime series. However, since franchise creator Akira Toriyama started getting involved with the films from its revival in 2013’s Battle of Gods, there’s something to be admired about each instalment that reinvigorates a fan’s love for it all.

Dragon Ball Super: Super Hero, brings that same joy to the table whilst going in a unique direction. Whereas the previous film, Dragon Ball Super: Broly, revelled in sci-fi Saiyan drama and Naohiro Shintani’s fluid animation – Super Hero hones more on human drama amid sleek CGI. No matter what you might think of the shift in visuals, the refreshing focus on Piccolo and Gohan is an overdue expansion on part of Dragon Ball’s story that’s delivered beautifully, to the wishes of many long-time fans.

Dragon Ball Super: Super Hero Review: What is it about?

Decades after Goku decimated the Red Ribbon Army during the original Dragon Ball series, the villainous organisation is ready to make a comeback for world domination. Magenta, leader of the resurrected army, recruits Dr. Hedo – the grandson of DBZ villain Dr. Gero – to create a new series of superhero-themed Androids to aid in their renewed conquest. With Goku and Vegeta absent, it’s up to Piccolo and Gohan to stand in their way as Earth’s protectors.

Super Hero does its best to get anyone unfamiliar up to speed on the need-to-know events in Dragon Ball as briskly as possible. Nevertheless, it’s truly an example of where the more you know about the long-running anime franchise, the better. Knowledge of Dragon Ball Z is definitely required, since Super Hero places such a large emphasis on continuing Piccolo and Gohan’s respective arcs, along with their teacher-student relationship.

Mixing the old and the new

Outside of DBZ, those who’ve also watched the original Dragon Ball series and beyond will truly have the best time possible – with Toriyama’s story littered with callbacks and easter eggs adding extra nostalgia to the experience.

Still, what even casual Dragon Ball fans will enjoy the most is the shift in the protagonist spotlight. Effectively, this is Gohan and Piccolo’s story with the latter as the driving force behind it all. Since DBZ’s Buu Saga and going into the Super series, Dragon Ball has been no stranger in acknowledging Gohan strayed away from his potential. The warrior-turned-academic’s latent power that had been built up throughout the events of Dragon Ball Z up to the Cell Saga – teased to take Goku’s mantle as the series’ protagonist – simply sort of petered out over time.

Whilst investigating on how to deal with the reborn Red Ribbon Army, Piccolo’s arc in Super Hero has a two-pronged approach – the second taking the opportunity to get Gohan back on track, all both action-packed and humorous results. All the while, Super Hero still does an exceptional job in honing in on Piccolo’s character growth throughout the various series: going from villain, to reluctant father figure and teacher to his nemesis Goku’s son, to kind hearted teacher to Gohan’s own child.

After being increasingly side-lined through the Dragon Ball Super series, it’s almost exhilarating to see us take a side-step away from Goku and Vegeta, instead giving our favourite Namekian room for his own adventure and time as the main hero.

As the arcs of both Piccolo and Gohan come to a head, everything pieces together wonderfully for both – in their own development individually, and their decades-long relationship as teacher and pupil. For casual fans, it’ll be great. For long-time Dragon Ball veterans, it will run chills down your spine, and possibly a tear to your eye.

A good mix of action and comedy

That emphasis on the more human drama, the return of the Red Ribbon Army, and Super Hero dragging comedy more to the front is also what makes the film feel like a delightful modern-day, feature-length episode of Dragon Ball. That’s to some degree at least, with humour taking a driver’s seat than other modern Dragon Ball films – to its main heroes, villains, and even support characters.

As the action ramps up in the third act, the comedy is still present, but is pulled back to feel organic to the situation on screen. Comedy was one of the best elements in the original Dragon Ball. So, by incorporating the insane power-ups, and high-octane action that’s since been developed in the other series, Super Hero combines the best of the old and new to create something both thrilling and heartwarming.

The first fully 3D Dragon Ball movie, Super Hero looks far better in execution than when fans might have heard of the concept during development. It turns out director Tetsuro Kodama’s experience in CGI came in more than handy – with the slick animation looking absolutely gorgeous in the intense blow-heavy action sequences, with a balanced array of swift and steady camera action to keep up the suspense, but making sure you’re not lost on what’s going on. Even with casual interactions between characters, this unique presentation fits Toriyama’s character designs exceptionally.

Sure, it’s still easy to miss the fluid style of animation from the Broly movie, especially when Super Hero occasionally drops in quality in select scenes or via the models of certain side characters. Be that as it may, those feelings of unease will come and go just as quickly – since your jaw will frequently drop in awe as the 3D visuals turn the dial up to 11 in Super Hero’s biggest and masterfully crafted fight scenes.

Dragon Ball Super: Super Hero is indeed at its greatest when focusing on Piccolo and Gohan, or its colourful cast of villains. Although, a few too many characters are added towards the end, seemingly just to have more fists and ki blasts flying in the final bout. The only other issue is a weird pacing shift that’s taken to explain Goku and Vegeta’s absence from the story. Whilst funny on its own, especially if you think of it as an extension of Dragon Ball Super: Broly, it feels a little disjointed as part of Super Hero as a whole.

As if Toriyama is calling back to an era before the space-age brawls and tournaments with the extinction of multiple universes at stake, Super Hero’s story and tone drags Dragon Ball back down to Earth – figuratively and literally. By taking a break from the larger-than-galaxy stakes, this latest feature allows for a more personal tale in service to two of Dragon Ball’s most iconic heroes who have been out of the spotlight for far too long. Packaged with slick 3D animation, a well-paced but hilarious script, great voice-acting, heartwarming narrative, and some iconic action scenes, this is the long-overdue Piccolo and Gohan story that’s been needed for years – and an instant classic in the Dragon Ball mythos.

All in all, Dragon Ball Super: Super Hero is a fun and action-packed thrill ride that any fan should not miss out on. Even if you’ve been out of touch with the franchise for a while, this will surely pull you right back in.

Early screening access was provided by Crunchyroll for review purposes.