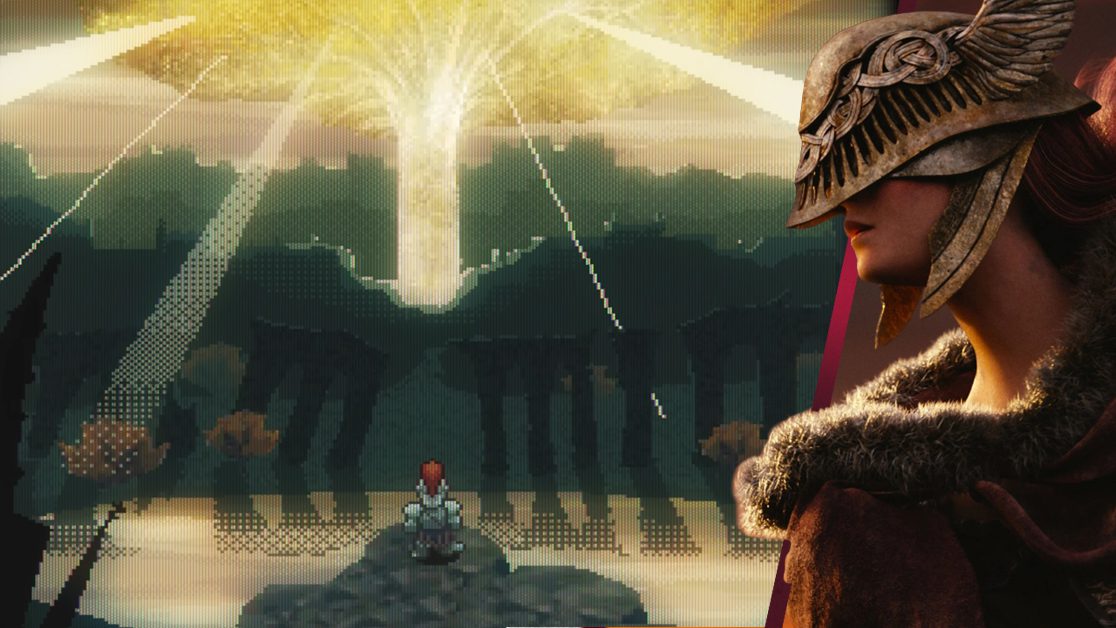 This Elden Ring demake inspired by the Super Nintendo era is incredible. Seriously FromSoftware, can we have this game, please?

This demake is created by YouTubers, 64 Bits, which insists of three talented developers. In the description of Elden Ring’s demake trailer, it’s said that the likes of Secret of Mana, Terranigma as well as Final Fantasy 6 are its inspirations. However, I can certainly see Legend of Zelda: A Link to the Past also.

The gameplay video for the demake shows some of the epic bosses of the FromSoftware RPG. We see Astel Naturalborn of the Void, Godrick the Grafted, General Radahn, as well as Malenia Blade of Miquella. Furthermore, we also see locations such as Calid, Limgrave and more.

This demake is wonderful!

The pleasing 16-bit soundtrack is music to our ears. Even the pixel art style, as well as the top-down/side-scrolling perspective of this SNES-inspired Elden Ring demake, looks at home and not at all out of place.

This is not the first time that we’ve seen Elden Ring demakes. Earlier in the year, someone not only recreated what Elden Ring might look like on the original PlayStation, but also the Game Boy.

“If Dark Souls was the earthquake, Elden Ring is the aftershock. In a sense, it’s more of a love letter to the Soulsborne fanbase, incorporating dramatic fragments of each past game into a single product that is rewarding and fulfilling, we said in our review of Elden Ring.

In recent Elden Ring news, it was discovered that a quest was cut from the game that featured everyone’s favourite merchant, Kalé.

Are you impressed with the SNES-inspired Elden Ring demake? Let us know across our social media channels. Elden Ring is available now for PC, PlayStation and Xbox.