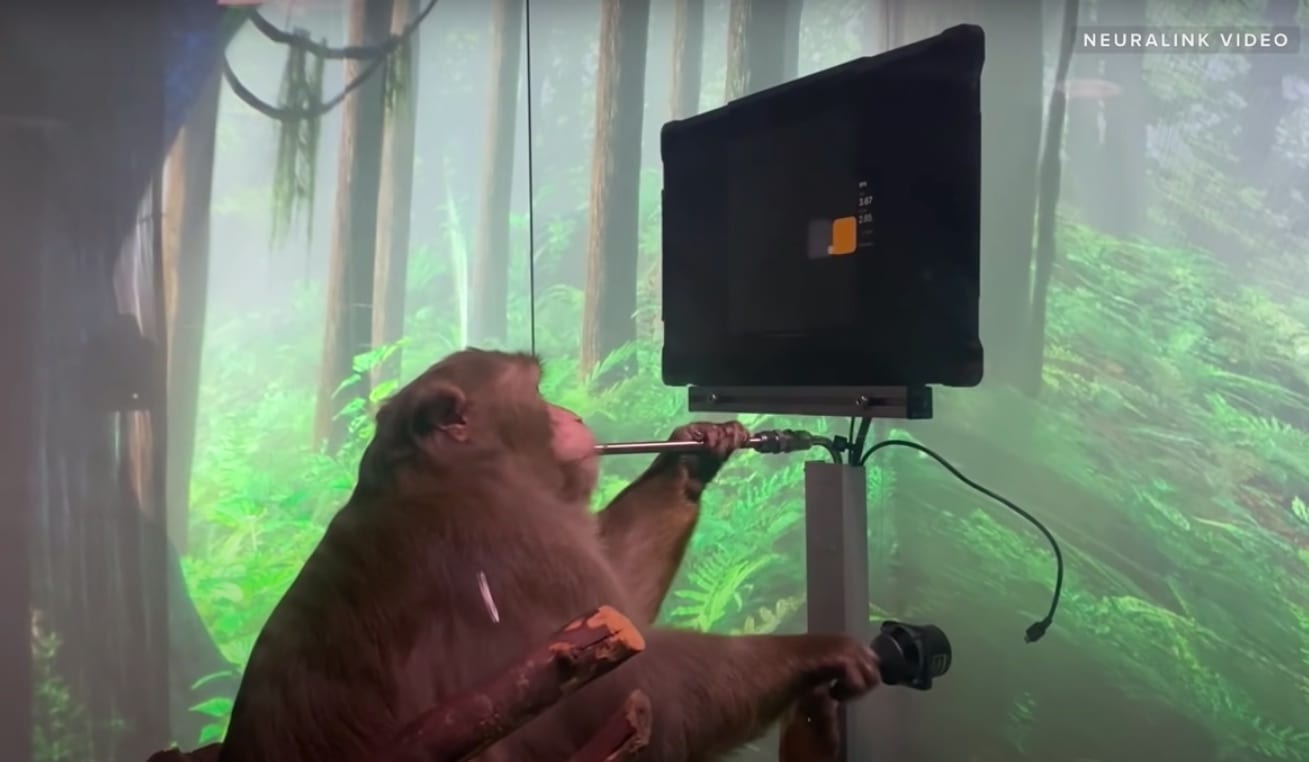 Previously, we heard about how Elon Musk was wiring up monkeys so that they could play video games. Now, Elon Musk’s company, Neuralink, has shared a video that demonstrates one of the monkeys playing Pong with its mind.

The video features a nine-year-old monkey called Pager, who has a Neuralink device fitted to each side of their brain. The device itself sends signals to Pager’s brain using a 1,024 electrode transmission device, dubbed N1 link [via The Independent].

The monkey’s neural activity is then used to predict its intentions, which in turn is used as a virtual Pong controller.

The Neuralink video explores Pager’s abilities when it comes to Pong and how the company’s brain device allows them to play:

“To control his paddle on the right side of the screen, Pager simply thinks about moving his hand up or down,”

“As you can see, Pager is amazingly good at mind Pong. He’s focused and he’s playing entirely of his own volition. It’s not magic, the reason Neuralink works is because it’s recording and decoding electrical signals from the brain.”

Check it out in the CNET video below.

Of course, Neuralink’s ultimate goal isn’t to create pro-gamer primates. Instead, the company hopes to use the technology to enhance the abilities of those with neurological disorders.

Elon Musk himself provided an insight into the company’s intentions through a series of tweets which delve into the capabilities of the technology:

“First Neuralink product will enable someone with paralysis to use a smartphone with their mind faster than someone using thumbs,”

“Later versions will be able to shunt signals from Neuralinks in brain to Neuralinks in body motor, sensory neuron clusters, thus enabling, for example, paraplegics to walk again.”

While the whole project feels like it’s somewhat cruel, Neuralink insists that the animals are looked after. In a video published last year, one of Neuralink’s veterinarians, Sam Baker, described the level of care given to the company’s test subjects:

“I oversee all facets of the animal care program from the day-to-day husbandry, food, water, provisions for these animals to ensure that they are always looked after to the best of our ability,

“If you look into any other field where animals are [used] – the food industry, the pet industry – you’re not going to find any other area where there’s a multiple veterinarians, veterinary technicians, animal care behaviourists, all looking at an animal every single day.”

Musk also announced on Friday that human trials would begin next year. Let’s just hope the technology is used as a force for good, rather than being some sort of weird product of a dystopian Cyberpunk future.