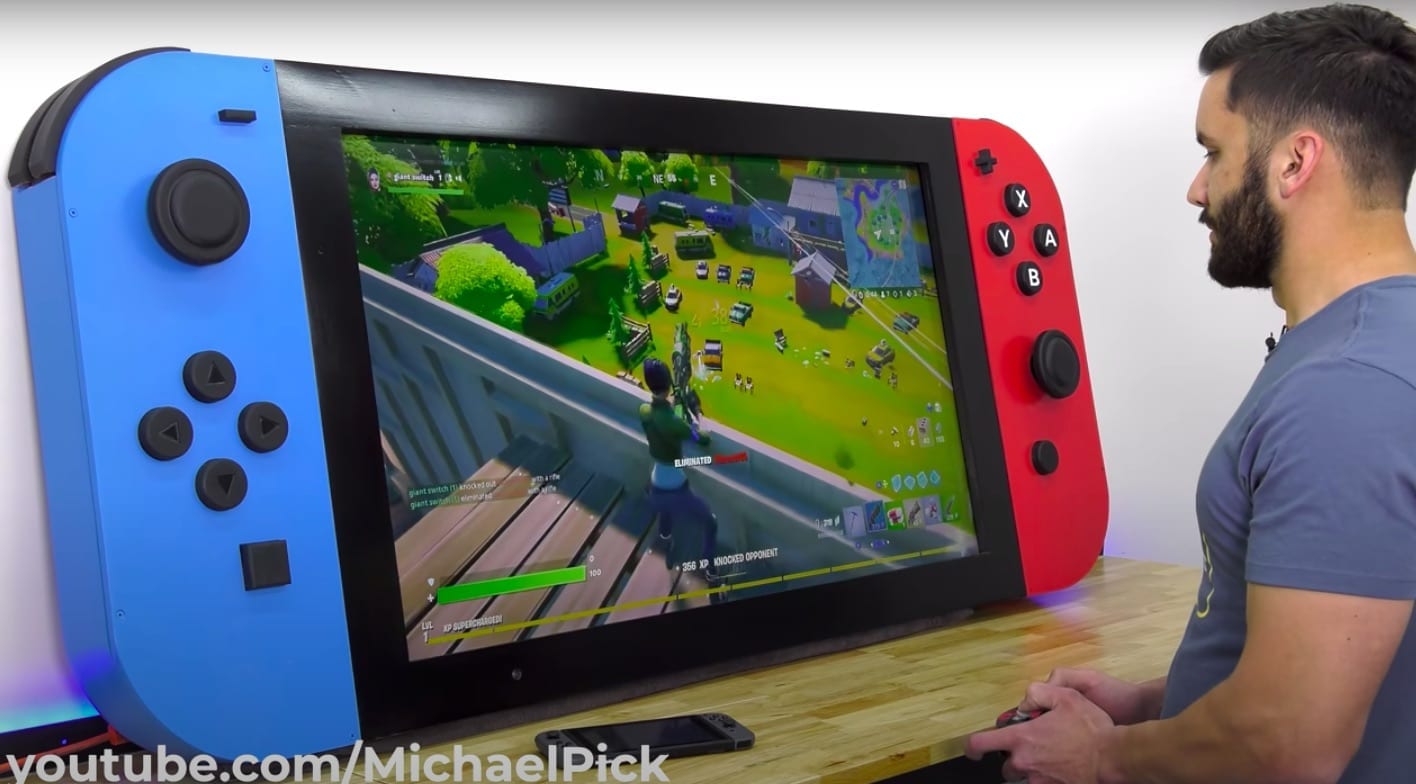 Most consoles shrink in size once redesigned. However, an engineer has instead built the “worlds largest” Nintendo Switch as a gift for a local children’s hospital.

To say the engineer’s custom Switch is unwieldy is an understatement. The device measures 70 by 30 inches and weighs around 30kg. Put it this way: if Godzilla was a gamer, he’d own this Switch.

The console’s creator, Michael Pick, shared a video of the build on his YouTube channel, demonstrating the whole process [via VGC]. Check it out below.

As shown in the video, the Switch is fully functional and features enlarged joysticks and buttons that can be used. Of course, since it is still a Switch, it can also be used with the Pro Controller, which is better suited to human hands. Under the hood, the device appears to be an Arduino controlled shell, connected to a more reasonably-sized Switch.

The build’s inner workings are nothing short of impressive and a testament to the talents of its creator. Each button on the console’s large exterior physically moves an actual Joy-Con button inside. This is achieved by various 3D printed brackets and a whole load of physical levers and motors, making the entire affair feel like something from Wallace and Gromit.

In the video, Pick provides a tongue in cheek reason for the build, which is sure to resonate with gamers young and old:

“I really like the Nintendo Switch. It’s small, it’s portable… but it’s really easy to lose, and for me that was a problem. So I decided to fix that by making something that was a little bit larger, and just a little bit harder to lose.”

Pick commented on his decision to donate the monolith Nintendo console to Saint Jude’s Children’s Hospital in Nashville, stating that “The kids loved it! Honestly the best part of this build”.

The Switch’s engorged screen means that children at the hospital can take full advantage of the console’s multiplayer capabilities while being able to enjoy the hilarity that comes with using oversized controls.

Are you impressed with the giant Nintendo Switch and its donation to a children’s hospital? Let us know across our social media channels!