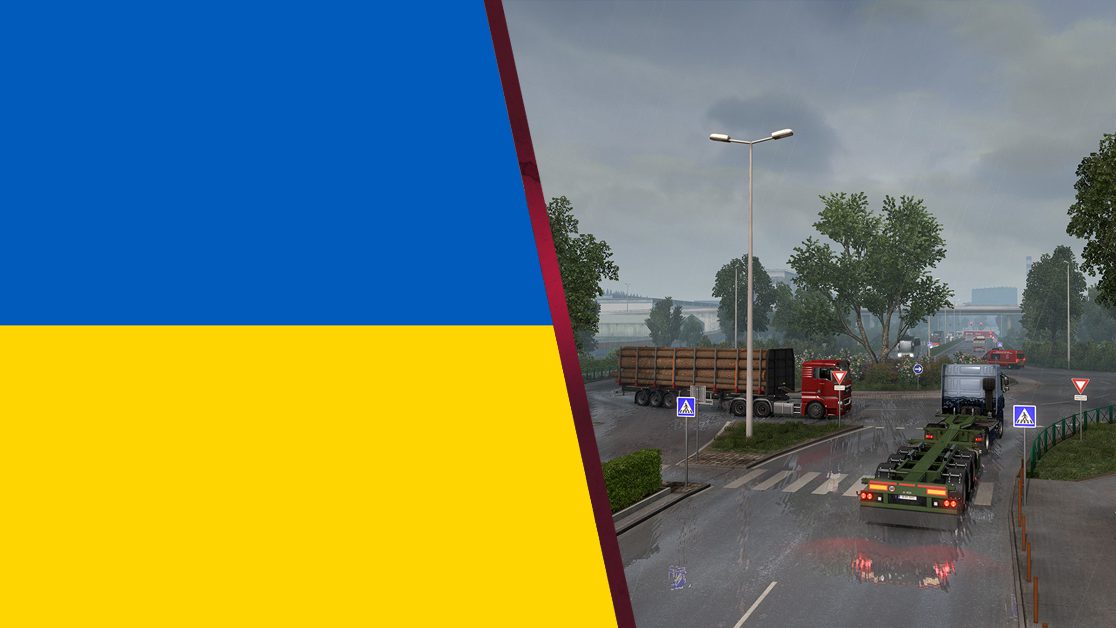 SCS Software, developer of Euro Truck Simulator 2, has announced that it has cancelled its Heart of Russia DLC due to the ongoing invasion of Ukraine.

“On the 24th of February 2022, our Heart of Russia team was some 6-8 weeks away from completing work on the highly anticipated new DLC,” wrote SCS in a blog post announcing the news. “We all felt really good about the result; a lot of effort had been invested in making this new region look truly fantastic in the game. We were absolutely sure that our community, especially those in Russia, would really appreciate that.

“Then, all of a sudden, the entire world was rocked by the news that Ukraine had been invaded by Russia. We were in shock.“

Since the start of the invasion, SCS contributed to several charities providing humanitarian aid within Ukraine. And a DLC pack called Ukrainian Paint Jobs was released in Euro Truck Simulator 2 to raise further funds for charity organisations.

“However, now Heart of Russia DLC was facing a lot of uncertainty,” continued SCS. “We asked ourselves many questions, including the obvious ones. Can we ever release the Heart of Russia DLC? Should we even finish the work? Since then, we have finally consolidated our thoughts.“

SCS goes on to explain how it tries to keep its games “as apolitical as possible” to try and shield “the global player audience from everyday controversies.” However, as SCS notes, the Heart of Russia DLC is explicitly connected to Russia. “With so many people suffering, we decided to refrain from releasing the DLC so that it is not perceived in any way as being in support of or tolerance of the aggression.“

Rounding off the post, SCS expressed hope for the people of Ukraine. And it also noted that it will attempt to find a way for its “Heart of Russia DLC to play whatever part it can in that healing process.“

Since the invasion began, many developers have pledged various amounts of donations to Ukrainian aid groups. The Fortnite community was able to raise £53 million alone. And Square Enix directly donated $500,000 to relief efforts.