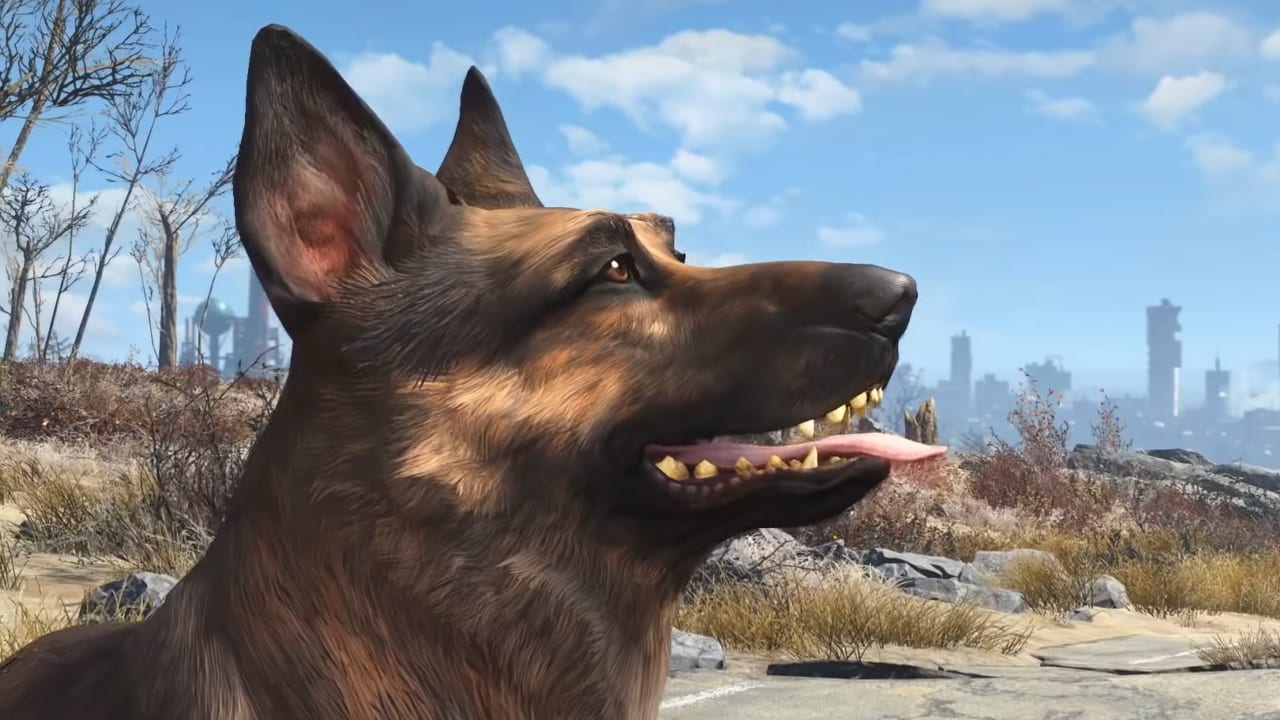 River, the iconic canine that inspired the Fallout 4 companion “Dogmeat” has sadly passed away.

The news was shared by River’s owner, Fallout 4’s lead level designer Joel Burgess, who paid tribute by looking back at his best friend’s influence on the RPG:

“I said goodbye today to River, who most of you know as Fallout 4’s Dogmeat. Heartbroken doesn’t cover it, but I won’t eulogize her here. For twitter, I thought it’d be appropriate to look back at her impact on that game. (plus, writing about game dev hurts less than grieving)”

According to Burgess on Twitter, the developer didn’t want River’s likeness to be used as a “canine weapon”. As a result, River’s acting transformed Dogmeat into a fan-favourite character, one that is there to protect the player throughout their adventure. This is something Burgess has also attributed to River/Dogmeat’s breed and personality:

Of course, if you’ve played Fallout 4, you’ll already know how wonderful Dogmeat is as a character. While video game pet companions are either trivialised or, as Burgess says, weaponised, Dogmeat is a testament to dogs and the wonderful companionship they provide.

If one thing is certain, it’s that River has changed the representation of dogs within video games as we know it. While other game’s like Fable and Fallout: New Vagas also feature canine companions, none have managed to strike a chord quite like Dogmeat. Hopefully, River’s legacy will continue to influence the video game industry for many years to come.

Rest in peace, River, and thank you for sharing your life with us.

In memory of River, Joel Burgess has also asked fans to consider either volunteering or donating to the ASPCA, Humane Society International, or any other local animal charity. If you’re in the UK, you could also consider donating to Dogs Trust or the RSPCA (SSPCA in Scotland).