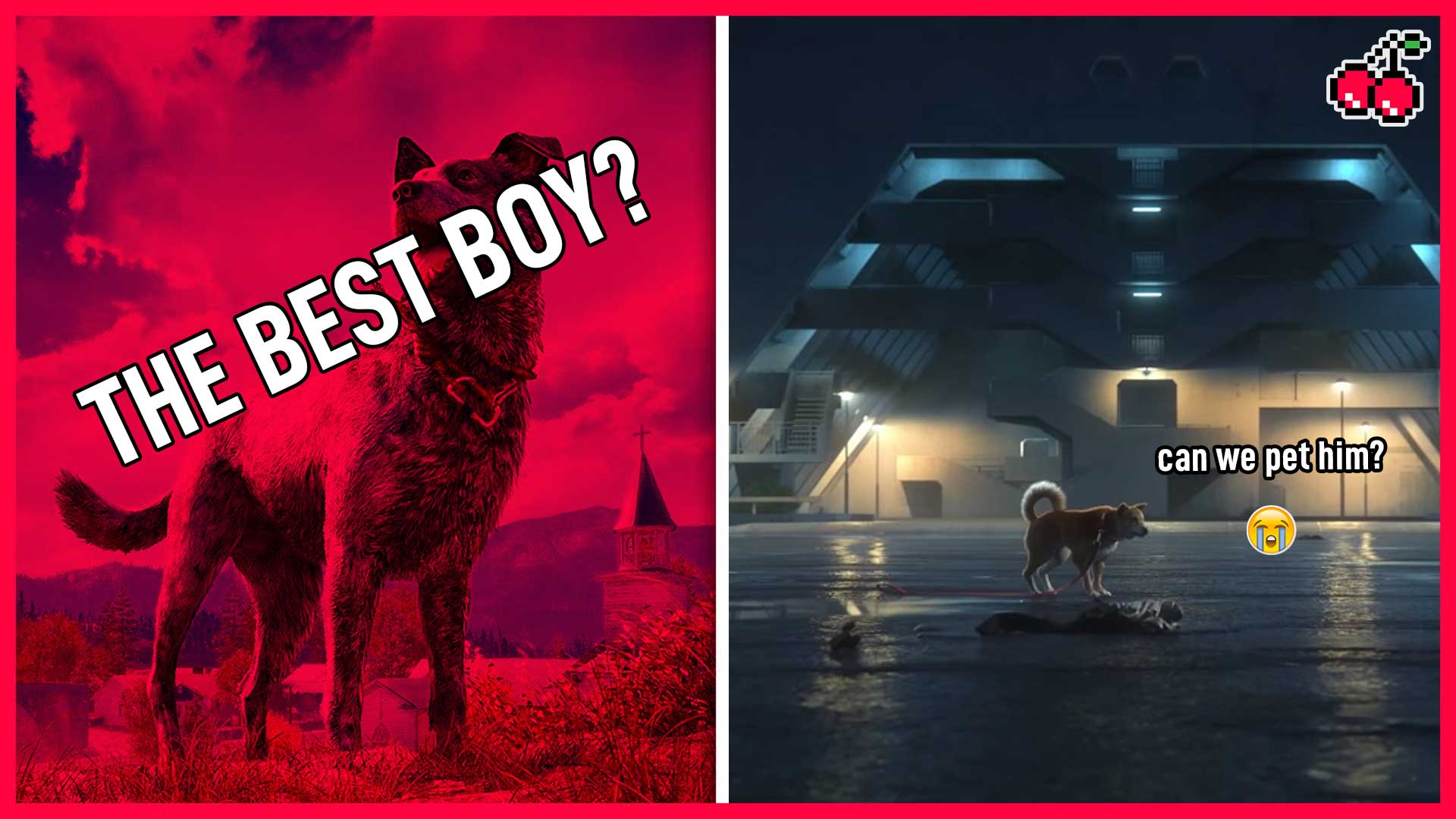 The Game of the Year title is a prestigious award that only the best of the best can achieve. Qualities that some gamers might look for in the Game of the Year might include amazing graphics, a compelling story or engaging combat. But for us at GameByte, all we need to see are GOOD DOGGOS.

Here’s our definitive list of the top 10 dogs in gaming history.

Number 10 on our official and unarguable list is the dashing Wolf Link from The Legend of Zelda: Twilight Princess. Whilst not everyone was a fan of the darker tone for the series, it’s hard to deny that this pupper was a great addition to the game. And yes, I definitely bought the Wolf Link Amiibo to get him in The Legend of Zelda: Breath of the Wild. Worth every penny to see him chow down on a Bokoblin.

Okay, okay, I hear you, MAYBE Far Cry 5’s Boomer should be flying the flag for the series. He is, after all, a very very good boy who likes to bite bad guys. But I have a huge soft spot for this lovable Fang for hire. Timber is a stray dog who was living his best life until he was captured by the Highwaymen and hauled away to the butcher shop. But this ‘really -expletive- smart dog’ mauled three men and escaped into the night. My favourite thing about Timber is his sense of morality – if you attack a friendly, Timber will tell you off.

The legendary German Shepard from Fallout 4 is next on this list. He might even be one of the greatest video game companions of all time, and easily the most stylish pup on this list! This handsome boy is modelled after a real-life dog – a female German Shepherd called River. She is owned by Michelle Burgess, the wife of Bethesda Softworks Senior Designer, Joel Burgess.

The faithful Riley in Call of Duty: Ghosts is next on this ‘dogs in gaming’ list. Sure, the game might not have been that great. But fans ADORED Riley, with many gamers complaining that they wanted MORE of Riley in the second half of the game.

The developers have said that they used advanced motion-capture and hired a real Navy SEAL trained K9 to make sure Riley’s movements and actions were as realistic as possible. It proves that dogs are a man’s (and woman’s) best friend. Riley is one of the best ops in the US Special Operations Unit, sniffing out explosives and following your attack commands. Good boy!

Mira the Shibe from Silent Hill 2 is a meme in the gaming world because of her hilarious special ‘dog’ ending. This clever girl is bopping along to the banging soundtrack and running a computer panel, which is one of the best endings ever.

Whilst she may not exist in ‘canon’ because she only ever appears in joke endings, she still exists in the hearts of gamers everywhere.

You gotta believe that PaRappa the Rapper is number 5! The outfits, the beats, the moves, he has it all! I, personally, love the fact that his name is a pun on the Japanese word パラッパラッパー, meaning paper-thin. Paper Mario who??

Koromaru from Persona 3 is a GOOD BOI. He is a huge part of the Specialized Extracurricular Execution Squad. His intelligence and Persona-using abilities make him a powerful tool as you make your way through Tartarus. If that’s not good enough, his Persona is Cerberus. Such a powerful being, wielded by such a small and cute Shiba Inu, is a great idea.

Amaterasu is the protagonist of Ōkami, which is a sprawling game full of lush paint strokes and shining animations. If you haven’t tried it out yet, you’re seriously missing out. Ōkami is one of my favourite games ever, so perhaps there’s a little bit of bias when it comes to Number 3. I don’t think many people can argue with me though. Amaterasu is literally the Sun Goddess to all of Nippon. But she’s also a pup, playfully digging around for treasure in the Earth. Surprisingly, she’s also the only female dog on this list.

Pokemon Sword and Shield were… controversial games to say the least. The Legendary Dogs 2.0 had a bone to pick with the original Legendary Dogs of Johto – Entei, Raikou and Suicune. I’m a big fan of the original Dogs, but even I can’t argue against Zacian. Sorry, Pokemon Shield fans. But Zamazenta kinda sucks.

Zacian has an insanely high Attack stat, nearly unrivalled Speed and a brilliant typing and ability combo. And, despite its power, I can’t help but laugh every time I see it because of that one Vine. You know the one.

K.K. Slider from Animal Crossing is Number 1 on this ‘dogs in gaming’ list. This funky pup is a bone-afied celebrity in the world of Animal Crossing, and it’s easy to see why. His rags-to-riches story has inspired children all over the world.

Honestly though. My entire life has been soundtracked by the soothing and soulful Animalese of this pup. He’s been with me through my whole life. I remember playing on the Gamecube as a child on Christmas Eve, listening to him outside the train station in the snow. Visiting K.K. with my friends at The Roost in Wild World was a weekly tradition (and formed the origins of my coffee snobbery). Hanging out with him in City Folk as a struggling teen. My partner bought me New Leaf for my 21st birthday and the first thing I did was turn UP with K.K. And now, with New Horizons, he’s been my soundtrack to the 2020 lockdown. And now, I can’t gET BUBBLEGUM K.K. OUT OF MY HEAD.

And that’s our definitive list of the best dogs in gaming history! Can you think of any we missed off the list? Want to show us your good bois and girls? Check us out on Facebook and on Youtube and let us know what you think.