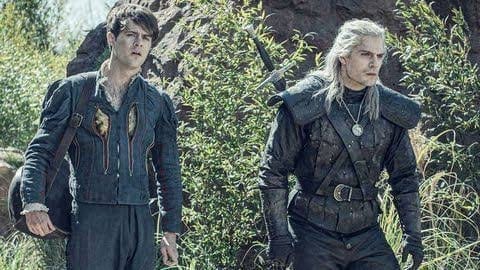 Having just finished watching Netflix series The Witcher this weekend, we’re certainly itching for more, but considering that season two won’t arrive until 2021, we’re going to have to be a little patient. In the meantime, we can always itch that fix by playing The Witcher 3: Wild Hunt on PS4 or Xbox One.

However, it seems that some fans are years ahead of us and are already planning for the announced Witcher 4 on next-gen consoles, but not only that, fans are after something very much in particular for two of the leading characters from the Netflix series.

The song “Toss a Coin to Your Witcher” has taken social media by storm, a song sung by character Jaskier, as he tells the tales of the “White Wolf”, to the annoyance Geralt of Rivia, played by Henry Cavill. But in preparation for The Witcher 4 (which would be years away from any release), fans have formed a petition to turn this bromance into a romance and they hope that it gains the attention of the developers at CD Projekt Red.

Ayrton Pask has started the petition, writing: “The goal of this petition is to get CD Projekt to create another Witcher game, in the same vain as the current trilogy, but have Geralt and Dandelion (Jaskier) as couple.

“The relationship between Geralt and Dandelion is a very unique and comedic one that has been portrayed very well in the books, games and most recently the Netflix series. Their relationship is one of contrast where Geralt takes the role as a dark moody character and his, probably best, friend and occasional side kick is often utilized as the comedic release. It is clear that, even though Geralt tries to hide it, the care about each other and have genuine respect for each other. This unique relationship has the potential to be a beautiful and very comedic story,

“We know it is a bit unrealistic to create this as an entire standalone game so we will be willing to accept a DLC for The Witcher 3 where Dandelion is a romantic option.”

It’s unlikely that this will ever result to anything, but I guess CD Projekt Red could incorporate budding romances in The Witcher 4 by leaving the game open to player choice, perhaps similar to that of BioWare’s Dragon Age: Inquisition.

Do you want to turn this bromance into a romance?  If so, you can sign the petition here.