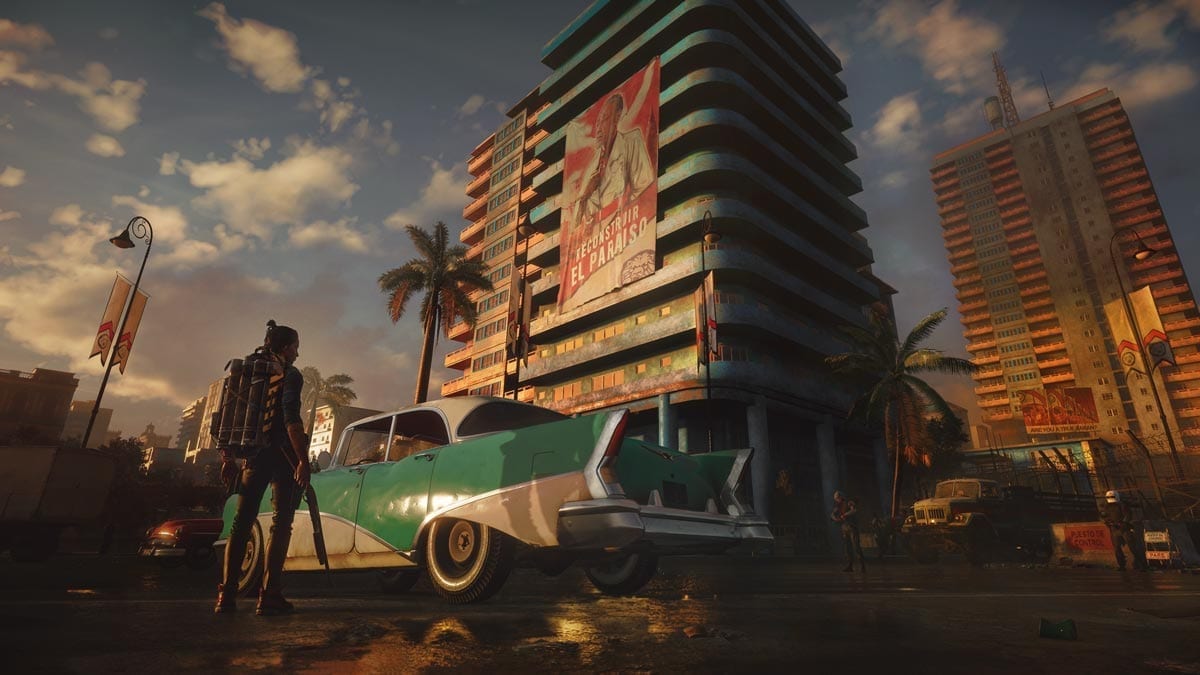 It’s been revealed that the upcoming new addition to the Far Cry franchise is set to be the largest in the series. Far Cry 6 was revealed earlier this month and promises to deliver all-out war.

The news comes from Official PlayStation Magazine, where a Ubisoft representative told the publication the game’s island “features the most varied sprawl of biomes, and is the largest location of any Far Cry game to date.”

This is definitely exciting news for Far Cry fans, as FC 5 was pretty darn big. Let’s hope Ubisoft will provide us with a busy and bustling world, and not just an empty yet massive map.

Far Cry 6’s official description reads as follows: “Welcome to Yara, a tropical paradise frozen in time. As the dictator of Yara, Anton Castillo is intent on restoring his nation back to its former glory by any means, with his son, Diego, following in his bloody footsteps. Their oppressive rule has ignited a revolution.”

The game features esteemed actor Giancarlo Esposito, who you probably recognise from shows including Breaking Bad, Better Call Saul and The Mandalorian. He stars alongside Anthony Gonzalez, who played Miguel in Disney’s Coco.

Far Cry 6 will allow you to choose the gender of your character, and will mostly take place in first-person. Cinematics have been confirmed to be in third-person, allowing you the chance to take a look at your outfits and cosmetics which, presumably, is another incentive for you to spend your hard-earned money on in-game extras.

Despite the potential cash-grab nature of that, I’m still hyped as heck for Far Cry 6, which will be landing on PC, Xbox One, PlayStation 4, Xbox Series X and PlayStation 5.